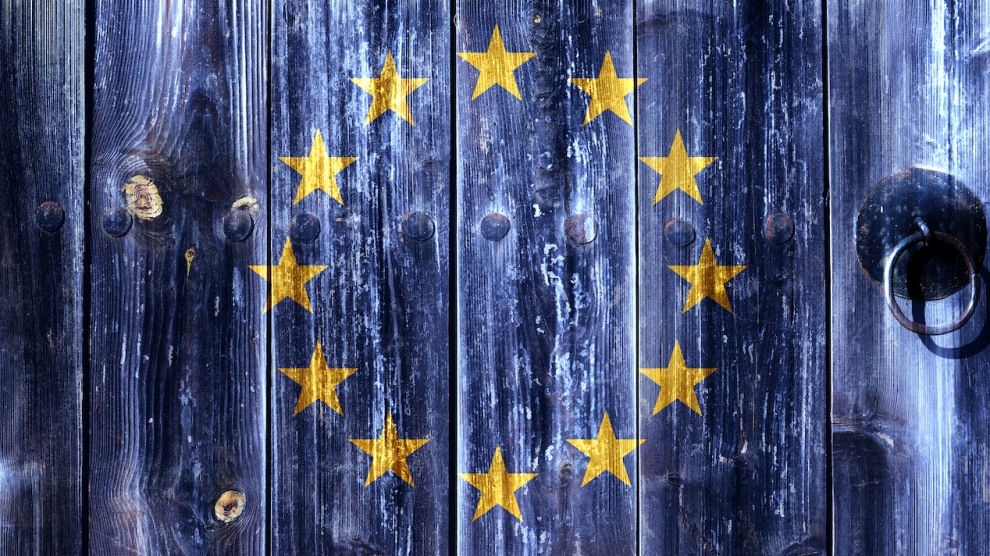 With the European Union going through the most turbulent time in its history, new questions are coming up about its future, which, in fact, might be even more challenging. What impact will Brexit have on the EU, what changes will take place in Europe after this year’s elections in France, the Netherlands and the Czech Republic; these are only a few of them.

Are you surprised and/or concerned about the wave of populism and Euro-scepticism that is washing over the entire continent recently?

No, I am not too surprised. We have seen both phenomena in the past. The combination is new: populism and Euro-scepticism are reinforcing each other. My impression is that the populists are using the undeniable shortcomings of the European integration process as a scapegoat and an easy explanation for everything that is going wrong. The crisis of the European idea started in the 90s, of the last century, already, and to be precise it began with the treaty of Maastricht.

Has this wave reached its peak already or is a tough time still about to come?

A precise prognosis is not possible and experience tells us, that political and economic forecasts are notoriously inaccurate. Some American strategists, such as Brzeziński, were already saying that the world was approaching a period of uncertainty or even chaos, years ago, and they said that this period could last for decades. But there was another one, Francis Fukuyama, who stated that after the collapse of the Soviet system “the end of history” would mean permanent harmony and peace. If I look at the challenges of the future, which we already know about, I come to the conclusion that we have very little time to change direction. The famous doomsday clock is now fixed at 2,5 minutes before 12.

What about a further enlargement of the EU — which countries may join our European family and when? Or maybe that issue is beyond the foreseeable future?

For the time being, an enlargement of the EU, which incidentally is a term that I do not like because of its geopolitical connotation, is not on the agenda for the EU. The present commission has made it very clear that during its term no accession will happen. Things can change, of course, and a new window of opportunity may present itself. In my view, it is of the greatest importance that we maintain the principle of openness. As the treaty clearly stipulates, the European integration process is open for every European country that is willing and able to fulfil the conditions.

The West Balkan countries have had an accession perspective since 1999, and it has not been renounced. They will join eventually, but not in the near future. I actually wonder whether everything has been done to encourage the West Balkan countries to move forwards. The accession of the region has not been seen as a strategic priority as it should be, but rather as an uncomfortable promise from the past. In the present situation, my recommendation for the West Balkan countries would be to deliver as much as possible, as soon as possible –transformation is not necessary, because Brussels wants it, but because there is no future for the region without it.

Does Brexit make the EU less attractive for the five recognised candidates for future membership of the EU?

No, I don’t think so. For all those countries the UK’s membership of the UK is important, of course, but not vital. Their strategic interests are not affected by Brexit.

You have mentioned the West Balkan countries in terms of the enlargement of the EU. What are the biggest advantages that the EU could offer to countries such as Albania, Macedonia, Serbia or Montenegro?

For these countries, membership of the EU would make their transformation processes irreversible and would strengthen their standards concerning democracy, the rule of law, human rights and good governance. But the most important advantage, in my view, is the fact that the traditional European nation state whether it is big or small, rich or poor will not be able to meet the challenges of the world of tomorrow, if it stands alone. If the idea of European unity did not exist already, we would have to invent it, now.

The same question related to Turkey…

Turkey has been negotiating accession since 2005, but the distance is growing. The perspective is very gloomy. For the other European countries accession is also not a realistic option right now.

… and Iceland? Why may the EU look attractive to such a wealthy country as Iceland?

Iceland has what has it needs to have: the country is a member of NATO and a part of the European Economic Area and therefore fully integrated into the single market. I don’t think that the accession question will back on the agenda for Iceland, in the near future.

The unexpected result of the Brexit referendum — that is London eventually leaving the EU — is that a warning or a spur to the other member states’ governments?

Good question. Since a so-called “hard” Brexit is what the UK wants, it is less likely that other countries may find the British example attractive. A “soft” Brexit would have been a different thing. However, decisions of that kind are not the result of clear strategic thinking and good reasoning. They are very emotional, and as I already said: the combination of populism and Euro-scepticism is really frightening.

So you are concerned about the possible domino effect?

Yes, I am concerned that Brexit will not be an isolated event.

How might issues of internal security that are connected with terrorism and migration affect the unity of the European Union? Will those issues reunite the member states into one organism or will they make them work apart?

Clearly, this problem has the potential to weaken the EU because the interests of the member states are very different. Not all of them are target countries. I do not like the view that immigration and terrorist threats are two sides of the same coin. We need to have a reasonable policy, which regulates legal immigration; we need to have safeguards if we want to maintain freedom of movement; we need to make the control and protection of our external borders a responsibility of the community and we need to develop capacities which will allow us to prevent conflicts and to eliminate the causes for mass immigration: war, poverty, environmental disaster. It can be done – but I am not too optimistic if I take the present state of play in the EU into account.

Do you think that the fear of the negative impact of the USA – spurred by Donald Trump’s win in the US elections – on the continued functioning of the European Union is justified or will the future prove that these fears were unfounded?

I could be wrong, but my impression is that the Trump presidency is a kind of eye-opener for the EU-countries. We have security and trade concerns after President Trump’s declarations and the debate has started how we can defend our interests and maintain our way of life. In my view, the result of that debate must be a stronger EU that speaks with one voice in international affairs and that has an independent defence policy. It is important, now, that the EU member states do not try to make narrow national deals with the Trump administration but rather that they respond to the new challenge as a united and self-confident union.

Essentially, European integration has always been a transatlantic undertaking. Does Donald Trump’s presidency change this attitude?

This is true for the beginning of the process. European integration was a western European project that was encouraged, and even sponsored, by the US. It was an element of the cold war, but that changed after 1989, and after the enlargement of 2004 and 2007. It is now a truly European project. I found it interesting that some US-think tanks – normally close to the neo-cons – made it very clear that a strong and united Europe is not in the interests of the US. Interesting, but wrong. The fact that we have Trump as president does not change our long-term interests: the EU and the US have to maintain their strategic partnership, which hopefully will develop as a partnership on an equal footing.

The year 2017 will witness major presidential and parliamentary elections in the EU. The most important choice – within the context of the future of the EU — will take place in France. How do you see the future of France and the European Union in case Marie Le Pen wins the elections?

That could be the beginning of the end. We must never forget that the whole idea of European integration was basically a new concept to overcome the traditional conflicts between Germany and France. Politically, the German-French relationship is still at the core of the integration. I do not see how a President Le Pen would go along with that. After the experience of 2016, when everything went wrong that could go wrong, we should not be complacent here. If the traditional voting pattern in France continues, a president Le Pen will be prevented, but the French problems will still be there.

Aren’t you afraid that one of the most popular expressions among European politicians in 2017 will be the word “adieu”?

Not yet, but we will know that after the French election. As I have already said: expect the unexpected.

In mid-March, the Dutch chose a government. The favourite runner was the populist, far-right Geert Wilders but it was centre-right Mark Rutte, who eventually won.

Traditionally, the Netherlands is one of the most integration-friendly countries so it would create a serious problem, if Wilders and his party were the strongest party in the country. Even if not in the government, these populists — and nationalists — will clearly influence the agenda.

No, I am not worried as far as the Czech Republic is concerned. This is a very stable and democratic country and by and large it is doing very well. It will remain in the pro-integration camp.

Let’s recapitulate. Where do you see the greatest threat to the EU in 2017?

The threat is a further disintegration as a result of populist majorities in some member states and a lack of political courage.

And the greatest opportunity?

The opportunity is to use the new global and European environment for a renaissance of the idea of European unity.