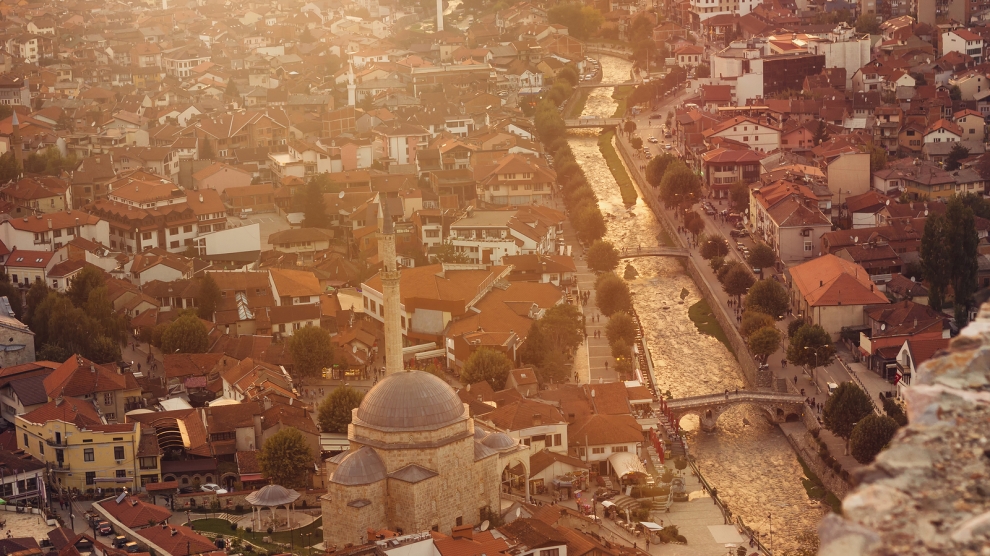 Emerging Europe talks to Marco Mantovanelli, the World Bank's country manager for Kosovo, about the challenges facing the continent's youngest, and one of its fastest growing, countries.

With an average age of just over 30, Kosovo’s population is the youngest country in Europe and its well-trained labour force could be a comparative advantage and a key resource for economic growth.

Marco Mantovanelli, the World Bank’s country manager for Kosovo, believes that since the end of the war in June 1999, when Kosovo was placed under provisional United Nations administration, the country has made considerable progress in overcoming the legacies of socialism, ethnic discrimination, neglect, and, of course, war.

“Kosovo’s GDP per capita tripled from 1,088 US dollars in 2000 to 4,108 US dollars in 2018,” he says. “During 2009-2018 real GDP grew on average by 3.5 per cent, above the Western Balkans average. However, Kosovo remains the third poorest country in Europe in terms of its GDP per capita. Also, although economic growth has been largely inclusive, given the large number of new entrants into the labour market, it has not been sufficient to provide enough formal jobs, particularly for women and youth, to significantly reduce the chronically high unemployment rates or reverse the trend of outmigration.”

Mr Mantovanelli feels that the current political situation in Kosovo, both internal and externally with regards the country’s relations with Serbia have a direct impact on the country’s economy and investment opportunities.

“Some aspects of post-conflict fragility, including lack of full international recognition, continue to challenge the path to prosperity for this young country,” he tells Emerging Europe. “They are a serious impediment to foreign direct investments and are holding back modernisation of key sectors of Kosovo’s economy. Also, the positive macro-economic outlook is vulnerable to domestic political uncertainties.”

Regardless, high capital spending is expected to keep economic growth strong in 2019, with a growth forecast of 4.4 per cent, primarily driven by higher investment, both public and private.

“Several large public investment projects are expected to commence implementation, notably railway and regional road projects financed by international financial institutions,” adds Mr Mantovanelli. “Private investment is expected to increase, driven by favourable lending conditions and by FDI in the energy sector and in real estate. The positive outlook is vulnerable to domestic political uncertainty, less IFI investment than expected, and slower growth in the EU. Moreover, the expansion of public investment as a driver of growth through 2020 may suffer from Kosovo’s limited capacity to carry out the investment programme.”

“Kosovo’s natural resources and fertile land, that is mining and agriculture, can play a major role in boosting export performance and growth, generating resources for development, and raising incomes, if managed in a sustainable way,” says Mr Mantovanelli. “Our analysis shows that to create an attractive business environment and enhance competitiveness in the tradable sector, Kosovo needs to improve both soft infrastructure such as governance and the rule of law, as well as hard infrastructure such as energy and transport. In doing so, Kosovo should preserve fiscal discipline and deepen financial intermediation.”

While Kosovo’s is a euroized economy – it used the euro despite not being part of the eurozone – has allowed its headline macro-fiscal policies continue to be stable, Mr Mantovanelli feels that  the social and economic costs of protracted low job creation are amplified by the absence of an independent monetary policy to smooth the impact of shocks.

“Although Kosovo has managed to maintain macro-fiscal stability and to weather the global financial crisis and the euro area crisis, in a euro-denominated economy, the capacity for maintaining healthy public finances by successfully implementing fiscal rules, avoiding spending pressures from non priority areas, and generating alternative revenues is vital to creating sufficient resources for public investments to improve competitiveness and crowd-in the private sector while protecting the poor and vulnerable from unforeseen shocks,” he says. “Kosovo will require heightened productivity to establish a market economy that can cope with the competitive market forces.”

“As already said, Kosovo is one of the fastest growing economies in the Western Balkans, albeit from a lower base. Growth is mainly driven by higher public investment, service exports and consumption. As a small land-locked economy, higher productivity and greater competitiveness would help the country to fully exploit its growth potential and accelerate convergence to EU standards of living. However, to attract private sector investments and foster business expansion and fully reap the benefits of European integration, the workforce needs to be equipped with both the specific skills and the soft skills that private sector employers are seeking,” Mr Mantovanelli points out.

“One of the aims of the current World Bank’s Country Partnership Framework for Kosovo is to support improving the business environment and access to finance,” he adds. “The World Bank is supporting Kosovo in developing a more effective legal, regulatory, and administrative framework to govern trade and investment and to enhance the capacity of businesses to withstand competitive pressures and connect with global value chains. More specifically, the World Bank is supporting improving the national quality infrastructure, strengthening export readiness of SMEs, and reforming the business inspection system. The objective is to support product certification for export markets, by creating the conditions for international recognition of the national quality infrastructure identified as a key weakness for the country. The World Bank and its sister organisation, the IFC, are supporting Kosovo in reducing administrative burden for businesses, tax transparency, improving corporate governance and financial reporting, and simplifying trade logistics.”

With support from the World Bank, Kosovo is also improving productivity in the horticulture and livestock subsectors, and is expanding its broadband access in under-served areas, to improve international competitiveness, open new job opportunities for young people, and promote social inclusion and territorial cohesion.

“Access to finance remains a serious impediment particularly to the sector of micro and small to medium enterprises,” says Mr Mantovanelli. “Long-term financing is scarce. Informality is very high, the collateral required is significant, and many SMEs do not have a credit history. So, Kosovo needs to deepen and widen financial intermediation, as the large majority of companies, which are family-owned SMEs, face constraints due to the high cost of capital and lack of long-term finance.”

According to Mr Mantovanelli, the World Bank Group is committed to continue supporting Kosovo in a range or areas, including in maintaining macroeconomic stability, improving infrastructure networks and business environment, improving stewardship of its natural resources, and building human capital, all aiming to achieve its long-term goal of European Union accession and a prosperous country.

“The current strategy for Kosovo aims to support Kosovo’s move on a path toward more sustainable, export-oriented and inclusive growth. It is consistent with both World Bank analysis and Kosovo’s National Development Strategy. The current World Bank’s portfolio in Kosovo amounts to around 182 million US dollars across eight projects in the areas of energy, competitiveness, agriculture, water, health, education, ICT and cadaster sector,” he concludes.