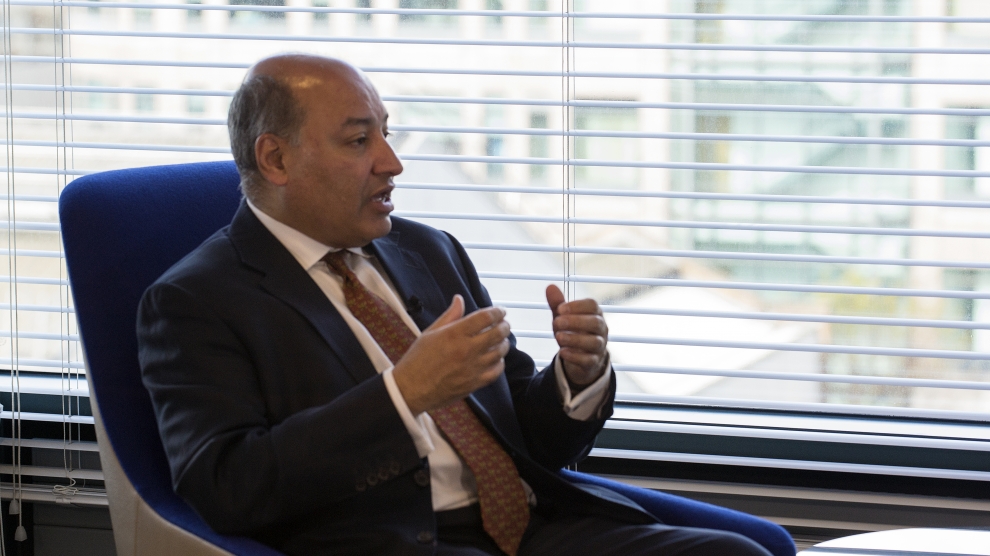 Emerging Europe speaks to Sir Suma Chakrabarti, the president of the European Bank for Reconstruction and Development (EBRD), who tells us that the quality of the bank's investments are just as important as the quantity.

Sir Suma Chakrabarti has been running the EBRD for almost seven years, during a period of almost unprecedented growth for emerging Europe. As he recognises, however, the region’s transition, which began with the fall of the Berlin Wall almost 30 years ago, is far from complete.

“There has been tremendous progress across our regions and I am proud that the EBRD has been able to play a part in these important developments,” he tells Emerging Europe. “When I look at how 10 of our countries very quickly equipped their economies for entry into the European Union and now continue to benefit from membership, we can see how a dedication to reform can make a real difference. We see this now again in the determination of other countries – in the Western Balkans – to undertake the reforms that are necessary for them to take the same step.”

There have, of course, been setbacks and many of the EBRD regions suffered particularly during the global economic crisis. Once again though, Sir Suma is proud of the role that the EBRD has played in ensuring that economies have emerged from the crisis stronger than they were ahead of it.

“Yes, the EBRD has been able to play a part here, working to make economies more resilient to external shocks, strengthening their capital markets and reducing their dependence on foreign borrowing that proved to be a severe vulnerability at the time of the 2009 downturn. Another cause for celebration is the extent to which many of our economies have embraced the climate agenda, being part of a region with a huge legacy of pollution and energy waste. There is still a lot of work to do. However, there is great demand across all of our regions for our energy efficiency projects and our rollout of renewable energy plants. Companies and authorities understand much more clearly now that energy efficiency is not just part of a very important social agenda but that is makes good business sense – and that is an achievement in itself.”

For many countries in emerging Europe, corruption and a lack of transparency remain key problems, and are just two areas where the EBRD is doing all it can to make a difference.

“The EBRD has worked via its projects and its support for policies reform and its establishment of good governance initiatives to address the challenge of corruption,” says Sir Suma. “We have seen important progress, for example in the creation of a Business Ombudsman in Ukraine, where companies can receive redress against unfair treatment and which is providing for greater transparency of Ukrainian business practices. Georgia is a post-Soviet country that has made extraordinary progress on the corruption front and shown a marked improvement in rankings, which make it more attractive as an investment destination. There are many other examples of progress. Corruption unfortunately remains a fact of life in our regions and is a significant challenge that still needs to be addressed comprehensively.”

Of the many global risks that might have the biggest impact on the region in the next year or two, climate change tops the EBRD’s agenda.

“Climate change is a clear risk for the planet as a whole and obviously for all of the regions where the EBRD works. Countries are taking a stand, increasing energy efficiency and promoting the use of cleaner sources of energy. But this remains a global problem with global implications. Our countries remain extremely vulnerable to changing weather patterns, with all the impact that can have on access to water or on crop production.

“Fortunately, there is a virtual universal recognition of this problem and of the need for a concerted response. In addition to its own work, the EBRD is working together with all its fellow multilateral developments banks. But the challenge is immense and the time we have to make real progress is limited.”

One of the ways that the EBRD is tackling climate change is through its Green Cities initiative, a major plank in its overall climate response. Cities offer an important opportunity to address climate change, as they are major producers of pollution and consumers of energy.

“Our work to make cities greener covers virtually all aspects of city life: from making transport systems greener and more energy efficient, from helping to reduce water waste and to create more resilient and efficient heating systems,” says Sir Suma. “One project I am particularly proud of is our introduction of green buses in Batumi, Georgia. These buses are reducing local levels of pollution but also they set an example for what can be achieved right across the Caucasus. This was a ground-breaking investment. Just one more example is our introduction of district heating plants fired by wood biomass in Banja Luka in Bosnia and Herzegovina, which reduced a previous heavy dependence on highly-polluting oil. This again has set the stage for other such investments in our regions.”

“Inequality and also – just as importantly – perceptions of inequality have increased. Prosperity has increased right across the globe. But many people feel excluded,” Sir Suma admits.

“One of our greatest challenges is now is to help redress this and help to increase the opportunities for people right across the societies of the countries where we work to enjoy the fruits of economic progress. The EBRD’s focus on economic inclusion is a response to this challenge, seeking gender equality and increasing opportunities on the labour market for younger people and older people as well as those people who live in more remote areas. If we do not address this problem, what is now an economic challenge will become an even greater social challenge, with all the implications that has for political and economic stability.”

Emerging Europe is currently running a youth survey amongst university students from 23 countries in the region. Some of the key findings so far are that the biggest challenges in the region are corruption, anti-democratic tendencies and too slow a pace of economic development. Sir Suma is well aware that these issues matter to young people, and is confident that change is imminent.

“Take the pace of of economic development,” he says. “We are finally seeing real signs of a pickup in virtually all of our countries. But it is crucial that the conditions exist to make sure the profits of growth are shared out fairly. If we do not address this challenge of equality of opportunity there is a danger that people will start to question the development of market economies in democratic societies and to wonder if the sacrifices they have made in support of economic transformation have been worthwhile.”

In 2019, the EBRD is aiming to make investments worth more than 10 billion euros for the first time in its history, which represents a doubling of its annual investment levels since the start of the global economic crisis. But as the bank’s president is keen to stress, investment is not just about quantity. 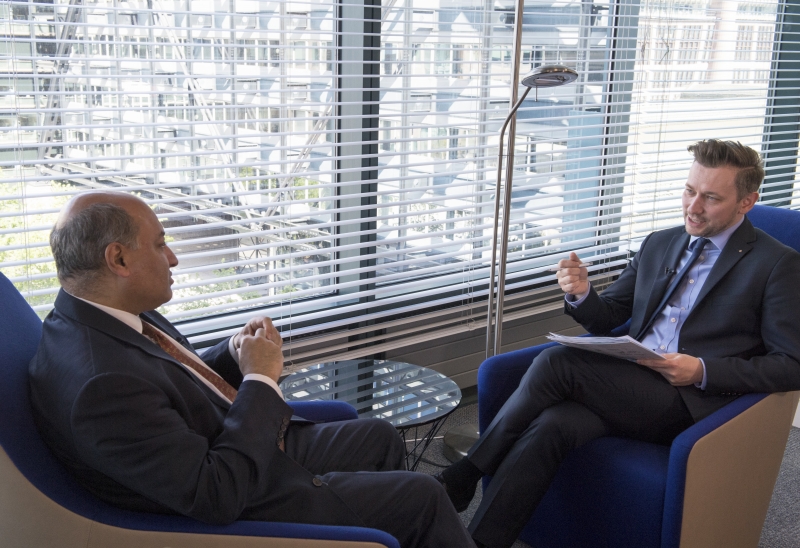 “At the same time we shall also increase even further the quality of those investments,” he says. “A couple of years ago we redefined the criteria which guide our investments, unveiling six ‘transition qualities’ which we feel need to be delivered to best equip the countries in our regions for the challenges of the 21st century. We had always sought to make economies more competitive, but competitiveness alone will not deliver real progress. So we said we would also focus on making economies more resilient, better governed, greener, more integrated and more inclusive. We will indeed aim to invest more in terms of volume. But we can only judge this increased investment a success if we have made a real impact on the lives of the people in the countries we serve and addressing the economic challenges they still face.”

In 2019, the EBRD plans to invest at least 1.1 billion euros in infrastructure, energy and the private sector in the Western Balkans. This coincided with the annual meeting which, was held in Sarajevo this year. This, Sir Suma believes, represents a real vote of confidence in the region.

“The message we are sending is clear: We are a long-standing partner of the region, committed to support the building of an economy that allows its people, especially the young, to deploy their talents and reap the benefits of their efforts in their own country. We need strong growth to finance the needs of the countries, but it also needs to be sustainable and inclusive growth to serve its people. Our priorities are the development of the private sector as the engine of growth, jobs and innovation; connectivity as a concept supporting the integration of the region not only in a physical sense (infrastructure), but also through helping to create the conditions for EU approximation; and transition to a green economy by addressing urgent environmental challenges but also reducing the countries’ dependence on external sources of energy.”