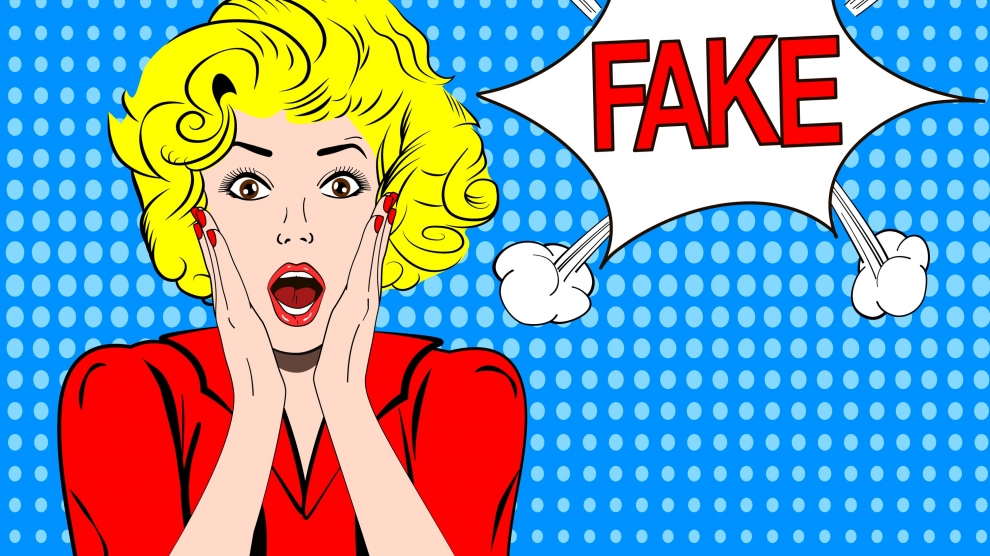 Anamaria Dutceac Segesten is a political scientist and director of Central and Eastern European Studies at Lund University. A specialist in the political use of social media, she talks to Craig Turp about how it can best be used as a political tool for good, not least in combatting the phenomenon of fake news.

Anamaria Dutceac Segesten has not been back to Bucharest – her home city – for some time. “I’m still trying to get my bearings,” she says, as we order coffee at one of the city’s fashionable cafes. “Things have changed, it looks so much better now.”

If only the same could be said for the country’s political scene.

“I appear to have arrived during a political storm,” she tells me. “I see these anti-corruption protests taking place and it confirms the fact that social media is being used as a tool for mobilisation. That’s what social media can do for central and eastern Europe: the opposition is making use of social media much better than the government. In Poland, Hungary, Slovakia, the Czech Republic and now in Romania governments have exerted a certain influence in traditional media, either via control of public service television in Hungary and Poland, or private channels as in Romania, Slovakia and Czech Republic. That’s why social media in CEE has emerged as an alternative voice: it is a voice that the government cannot control.”

Ms Segesten believes that social media has so far been used best as a tool for mobilisation, partly because while its message is often political, it is not ideological. “Nowhere in the world have we seen any one party capitalise on the use of social media in elections,” she says, “but there is a social movement and popular current that is in opposition to the government and has a more general message, be it anti-corruption, be it protecting the environment, or protecting the freedom of the internet. A lot of these protests have been organised around a principle and not a particular party.”

But does she not feel that there is a chance such use of social media will create bubbles, no matter how carefully we might curate our newsfeeds? “Oh yes,” she replies. “Echo chambers at work!”

“This is something we see across the world, in the UK and the US as much as anywhere. Social media is not being used as a means of persuasion, but as a tool for mobilisation. It is about confirming your base, giving people who already sympathise with you a reason to go and cast their vote. I have looked in depth at the Brexit discussions and only about 10 per cent of posts actually contain reasoned argumentation.

“Most of what gets posted is just expression of opinion or sentiment from users. So social media is not a place where persuasion takes place. Research shows that face-to-face canvassing remains far more effective as a tool for converting people who might be sitting on the fence. Nothing replaces somebody coming to your door. That is what changes people’s minds. It does not always work, but persuasion is better via personal contact.”

So can social media ever be used as a means of persuasion?

“We need to keep in mind that social media is dependent on technology,” says Ms Segesten. “The way it is set up today I think that social media is being used to probably its maximum potential as a means of mobilisation. But the technology is evolving, which makes research difficult. If I look at what is happening in social media today compared to an election four years ago it is almost impossible to make any comparisons because the set up has changed. The digital architecture is different. What users are empowered to do now is different on each platform: they can do more, there are more technological possibilities. And there will be more and more as the technology evolves. Augmented reality, holograms, voice-activated assistants: Siri, Alexa, Google Assistant. What if that voice started talking to you: Have you thought about voting for a certain candidate? Imagine if somebody could hack that!”

Which sounds as threatening as it does promising, and makes it crucial that ordinary people are as media literate as possible, else the reach of fake news could become all-encompassing. But can social media be used as a way of combatting fake news?

“Fake news consists of lies which maintain the appearance of truth,” says Ms Segesten. “There are websites which exist simply to present lies as news. That is the fake part: attempting, very obviously, to imitate a credible news source.”

Ms Segesten feels that journalists have been guilty of conflating a number of different things: fake news, propaganda, misinformation and simply lumping them together as fake news. This has done the public a service by making people aware of the phenomenon, but also a disservice by confusing various terms.

“It is easier to convey the falsity of things with the phrase fake news,” she says. “But by calling all these things fake news you lose the nuances.”

So how do we spot the difference between what is real and what’s fake news? Ms Segesten believes that the answer is education, although she is aware that it is not a panacea.

“I am an educator,” she says, “and of course I feel that more money should go towards education. But formal education – schools, universities – provide just one way of learning. We also learn by watching television, films, the news. We do not only activate ‘learning mode’ when somebody is standing in front of us trying to teach us something.”

While Ms Segesten feels that the battle against fake news should be a governmental effort, with money dedicated to making sure people understand the need to be critical, she also feels that the purveyors of news need to do more to make sure that their output is reliable.

“Fake news stories only reach a wide public if they get picked up by traditional media. So it is the media itself which should be the first line of defence. It should be the responsibility of editors and bosses to invest in people who will not spread stories which are false. They need to be given the time: journalists should not be under any pressure to deliver immediately on the basis of unverified information.”

The need for regulation

For this to happen she thinks that what she terms ‘media logic’ needs to change. No more clickbait, basically.

“Clickbait, sensationalist news, the need to be the first, the most outrageous. This kind of media logic encourages the spread of fake news because the more outrageous something is the more likely people are to click on it: this is human nature and impossible to change. But the concern is that if you follow this to its logical conclusion then all we will have is sensationalist news.”

She sees the need for a two-pronged approach: teaching media literacy, educating schoolchildren to be critical of anything they see or read, be it news or marketing. But then there is also the responsibility of media channels to invest in journalists, to give them the time to investigate stories and sources so that they are not spreading fake news, even though in the short term such clickbait might increase their revenue. The problem is convincing media channels not to publish stories which bring them income.

“One approach is regulatory,” she suggests. “Without being too paternalistic, I think that television channels, newspapers, websites, influencers, bloggers and anyone who intentionally promotes incorrect information in order to get more clicks and income should not be encouraged economically but in fact punished. Give those involved a sense of responsibility: What am I putting my name to? Am I going to suffer consequences? If so, then I should check this. Governments could also reward in some way those media outlets which do a good job.”

CEE is the future of Europe
Beyond tourism: Reasons to invest in Croatia
Comment