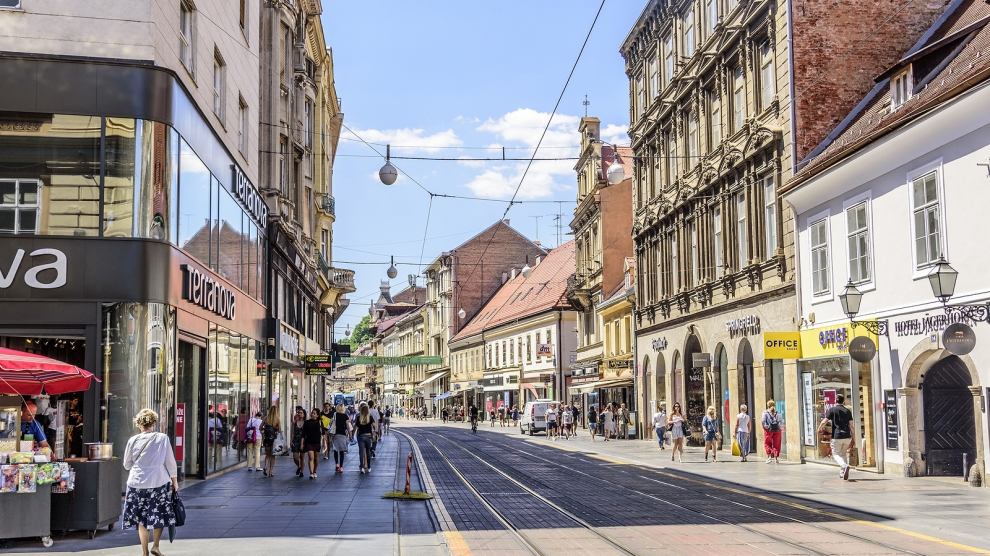 Croatia’s appearance in the World Cup final in July boosted the country’s image like never before. Even before the final, the Croatian tourist board announced it had observed a 250 per cent increase in website visits from across the world. Zdenko Lucić, managing director of the Croatian Agency for Investments and Competitiveness (AIK), spoke to Andrew Wrobel about what the country can offer investors, not only tourists.

Andrew Wrobel (AW): In June 2018, Emerging Europe published the Investment Promotion Report 2018. During the roundtable discussion following the presentation of the findings, Olga Grygier-Siddons, ex-CEO of PwC in Central and Eastern Europe, said that competition for investment is global, not regional, and the region has to first get the attention of global investors and only later think which country fits best. How do you see that?

Zdenko Lucić (ZL): One of the initial things that the investor is looking for is a safe business environment. This is a prerequisite not only for the country that he/she chooses but also for the wider region. Therefore, it is in every country’s interest to work together with other countries on making the wider region more desirable, which in turn has direct consequences on the country’s brand and image. So, regardless of the fact that the countries within the region may also be competing among themselves, they also have to make a lot of effort to jointly increase awareness of the region.

AW: During that same discussion we talked about the changing role of an investment promotion agency in emerging Europe. Previously, 10-20 years ago, it was more about creating jobs, now it’s more about creating innovation. Has the role of the agency changed over the years?

ZL: Our agency is rather young; it has only existed for six years. However, that doesn’t mean that we do not strive to continuously improve existing services and develop new ones. What we in the agency aim to do is to build the best framework to attract investments that will not only create new jobs but also foster innovation. That’s why we are continuously working on improving services within the agency. We are also working closely with the regional development agencies and other local partners in order to maximise their impact on attracting new investments in their region. In the past six years, the agency proved itself as a central point of contact for investors in Croatia and our role has strengthened over that time.

ZL: First of all, within the agency we are making sure that all investors feel safe and comfortable when investing and doing business in Croatia.

Our team is dedicated to providing every investor with a transparent and thorough service through a ‘tailor-made’ approach from the beginning to the final completion of their investment in our country. We are guiding them through every phase of their investment project in order to ensure that they benefit from our full and professional services, which are free of charge.

AW: You travel the world to raise awareness about opportunities in Croatia. Which sectors are you promoting?

ZL: Lately, sectors which generate the biggest interest and have the highest growth potential are definitely IT, engineering, electronics, manufacturing, metal processing, production of plastic parts and components, pharmaceuticals and automotive.

Great examples of recent investments in the ICT sector in Croatia are IBM’s Client Innovation Centre in Zagreb which was opened last year; Constellation Software’s acquisition of one of the largest IT companies in Croatia – IN2; and the opening of the Infosys development centre. Also, other multinational companies, like Ericsson, are constantly expanding their research and development facilities in Croatia.

Other sectors are thriving as well, such as pharmaceutical production and research and development in the pharmaceutical sector, which are developing quickly and attracting hundreds of millions of euros. For example, Hospira, one of the biggest pharmaceutical and medical device companies and a member of the Pfizer Group, has a huge production site in Croatia that is growing constantly. Likewise, Teva Group Company — Pliva, Galapagos, and Xelia Pharmaceuticals are also investing a lot in Croatia and they are still expanding. These are all knowledge-based, hi-tech investments.

AW: What are the most frequent questions and comments about Croatia you get from investors who have never been in the country? How do you address them?

ZL: I guess the most frequent reaction I get from the investors is a surprise. A positive surprise! You see, when they come here and see the investment sites, look at the numbers, talk to the possible workers…they realise that not just being a great tourist destination, as it is perceived, Croatia is also great for business. This claim is confirmed by the 33 billion euros worth of inward FDI we have seen over the past few years and by over 15,000 foreign companies already working in Croatia, including IBM, Siemens, Ericsson, Rolls-Royce, Teva, Pfizer and Porsche..

That is why we are continuously working on raising awareness, promoting all the advantages which Croatia has to offer so that one day investors will be surprised if somebody is not considering Croatia as an investment destination.

AW: I mentioned the Investment Promotion Report 2018, where we discussed the most common shortfalls as well as best practices. The report identifies several examples of best practice that AIK could share. How important is it for investment promotion agencies across the region to share their experience and learn from one another?

ZL: Enhancement of investment promotion and exchange of information and expertise through closer cooperation between our countries is a must and something that we are continuously doing. That’s why we have signed a memorandum of understanding with many of them in order to put our cooperation on a higher level. That means that not only are we helping their companies to set up their business in Croatia but also organise some joint events which are always followed by the exchange of information, best practices and promotion of businesses of both countries.