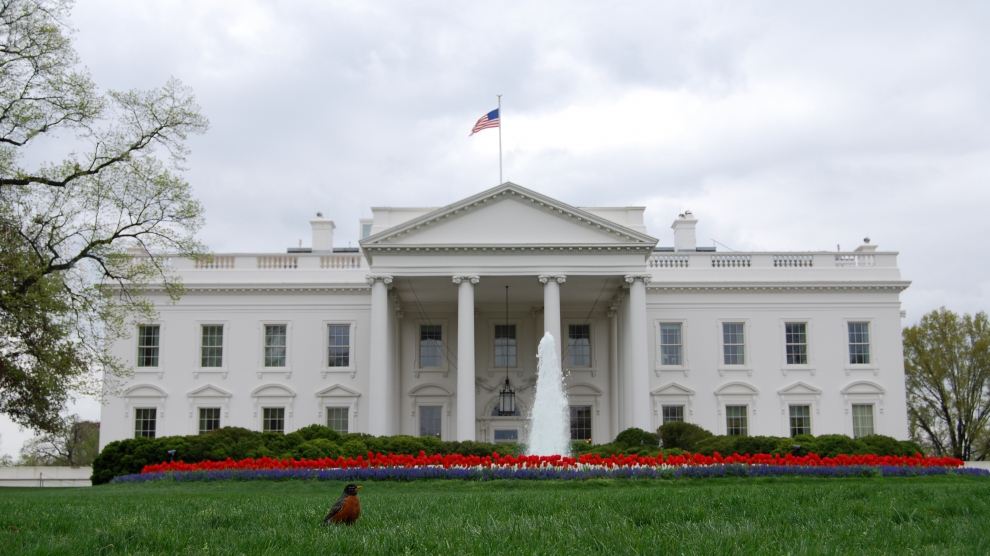 After eight years of a coherent US foreign policy on Europe, under the Obama administration, the Old Continent now finds itself with the polar opposite in the White House. Will the remnants of Obama’s policy outlive the Trump era?

Derek Chollet is former US Assistant Secretary of Defence for International Security Affairs, vice president and senior advisor for security and defence policy at the German Marshall Fund of the United States. He spoke to Santiago de la Presilla about the future of the transatlantic relationship.

How much of Obama’s legacy will survive in Europe?

The fundamentals of Obama’s approach to transatlantic relationships will survive. We’re going through a period of turbulence with what’s going on in Europe and the United States: the rise of populism, economic nationalism or whatever label you decide to choose to put on it. Within the US context, there has also been a resurgence of supporters of the transatlantic relationship, with the rise of Trump.

President Obama is being unfairly maligned for not doing enough for Europe. I explain with two factors: firstly, there were very high expectations for what Obama could do in Europe; probably unrealistic expectations with the Nobel Peace Prize being a perfect example of that. Secondly, the rebalance to Asia which some called a ‘pivot’, was perceived, in Europe, as less US attention on them.

President Obama likes to say history sometimes zigs and zags but tends to head in a direction of progress. We might be in one of those zig and zag moments.

Aren’t there some similarities between Obama and Trump’s approaches when it comes to getting Europeans to spend more on defence?

There’s only a similarity at the surface level; the entry point to the debate is completely different. It is absolutely true that presidents, going right back to George W. Bush in 2004, talked about the importance of building up European defence. I remember that ten plus years ago there were debates in Europe and the US on concerns about the widening gap in capabilities. We saw those gaps become clear in the days of Iraq and Afghanistan, and there were concerns about a two-tier alliance.

Certainly, Obama and his defence secretaries have worked very hard to try to get Europeans to spend more. Trump has carried that forward, but he seems to frame the issue in a more transactional way as if this is something that is owed to the US. The lack of European defence spending is seen as ‘ripping us off’.

If you go back to Secretary of Defence, Bob Gate’s, speeches, where he warned of the damage that could be done if this gap in defence spending remained, he meant the danger of the moment we’re now in. He was trying to send the message to European audiences that you cannot assume that the US political body’s patience is infinite. If this continues, we’re susceptible to the kind of debate that Trump is offering.

Who should the Europeans listen to: Mattis, Pence or Trump? Defence Secretary Mattis and Vice President Pence gave the traditional Washington foreign policy message when they were recently in Europe.

It’s important for Europeans to listen to all the voices. Obviously, the president is the president; that being said, there are different viewpoints being expressed within the Trump administration, within the Washington community grid-large and within Congress, all supporting a strong NATO. So far, at least, we have not seen the policy implications of some of Trump’s rhetoric.

Yes, there have been tweets that have maligned NATO and that have talked about European countries in a way that disturbs a lot of people, but this hasn’t been translated into policy. It’s always important to pay attention to what the US says, but more important to pay attention to what the US does. So far, we’ve seen the US doing the same things it was doing before, when it comes to European security; there’s been no change to our forward presence here in Poland and the Baltic region, regardless of what the rhetoric may be.

Hungary is particularly happy about Trump. Orbán almost endorsed him during the campaign. Isn’t the fact that the V4 states rooted for Trump a bit like the turkey that votes for Thanksgiving?

It’s clear that in the US and Europe there are challenges to liberal democracy that are coming from within. These are related to issues of identity, nationalism and economic dislocation, as a result of globalisation. The bargain that was struck in the last few decades has led to economic growth for some but a lot of hardship for others. Certainly, Russia is playing a role, in terms of trying to promote some doubts about liberal democracy. This is a shared concern that we all have, but it’s a mistake to embrace that.

In the US we’re also having a very intense discussion about the free press, the role of dissent and how the government operates. It all comes down to accountability, the rule of law and the freedom of speech. What is very concerning is the role that Russia is playing, they have a stake in this outcome and they’d like to see the democracies of Europe and US as something to be questioned and that people lack confidence in them.

That’s something we’re seeing happen in Europe, as well. It is incumbent in all of us within liberal democracies. All of our systems are being tested now.

Concerning Trump’s proposed budget where defence gets a nine per cent boost, while the State Department gets 28 per cent cut: is this ‘hard power’ budget good for Central Europe when it comes to its defence?

No. The budget is a wish list; an accurate depiction of what Trump desires. It is highly unlikely that this will go through in its current form, and whilst there is support in the US for increasing spending on defence, there is not a lot of support for cutting the State Department and USAID so dramatically. I expect that when this gets to Congress a lot of it will be fixed.

There is pretty close to a bipartisan consensus in the US that you need hard power, a military second-to-none and sufficient spending on building the force of the future, but you cannot short change diplomacy and development. As Defence Secretary Mattis puts it, if you don’t fund the State Department, you’ll just have to buy more bullets.

Despite the Polish government’s (and her own) reservations about her(self), is Angel Merkel the new leader of the free world?

This goes to her persona, as well as Germany’s anxieties about leadership. I don’t think Germany presumes to be the leader of the free world in any way, but they’ve recognised that they’re an important pillar. Merkel is the most experienced leader in Western Europe, or what we call the West. There’s just no one to compare her for her time in office, her degree of success and the credibility that she has on the global stage. The only one who has been on that stage longer is Putin, and of course, he spent a lot of time behind the scenes in 2009-2011.

She has a lot of credibility and she has earned it. She projects steadiness and is a rock solid individual in an environment where there’s so much uncertainty about the US. Trump himself is so erratic that Merkel’s role has become more pronounced. That being said, she’s in a real fight for her own political future.