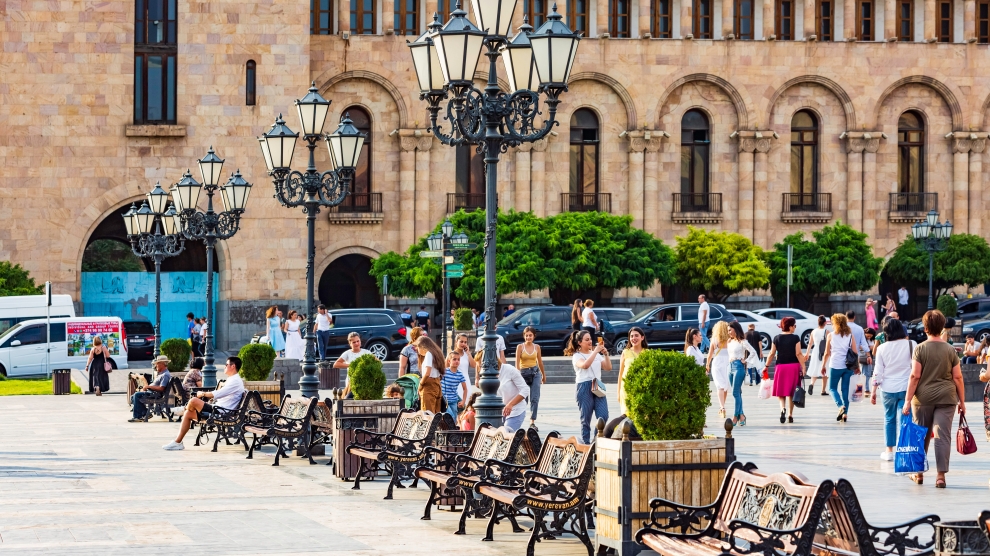 A diaspora in reverse

Since coming to power following 2018’s Velvet Revolution, the government of Armenian Prime Minister Nikol Pashinyan has made a concerted effort to attract diaspora Armenians — who outnumber their indigenous compatriots by more than two to one — to move to the homeland.

The end of the Sino-Russian ‘alternative’? How quickly soft power can recede

With the death toll from coronavirus mounting around the world, it appears to have claimed another important victim in the political arena: the idea of China and Russia as a viable economic and political alternative to the West.

Is Saakashvili the right choice for Ukraine?

Ukrainian MPs are expected to gather in the coming days to vote on the appointment of former Georgian president Mikheil Saakashvili as the country’s new deputy prime minister for reforms. President Zelenskiy’s surprise move to recruit the headline-grabbing Georgian caught everyone off guard. It is a huge gamble that has already succeeded in temporarily overshadowing the coronavirus crisis and the ongoing war with Russia, but can it revive Ukrainian hopes of fundamental reform?

During World War II, many soldiers, sailors and pilots of all nations had pets and mascots in the combat zone. Probably the most unique was a Syrian brown bear which belonged to the Polish 22nd Artillery Supply Company of the Polish II Corps who became a war hero and a legend.

‘London is so strange and sad’: The sacked hospitality workers sleeping rough

Central London is seeing a surge of newly unemployed restaurant and pub workers forced to sleep on the streets because they can no longer afford to pay rent. Many are from emerging Europe.

In Western and Southern Europe, coronavirus has taken a devastating toll, with people dying in their thousands each day, and doctors having to make appalling choices about which lives to save as health systems buckle under the number of cases. But in Central and Eastern Europe, the pandemic has been contained to such an extent that the first glimpses of a post-lockdown world are visible.

The Akademik Cherskiy’s arrival in the Baltic Sea marks the end of a trip around the world that started in February 2020, when the vessel left its homeport Nakhodka on Russia’s Pacific coast. It is possible that the pipelayer will first conduct a port-call for maintenance and repairs in Kaliningrad or St Petersburg, before commencing work on the last segment of North Stream 2 near the Danish island of Bornholm.

Putin must end Ukraine war if he wants sanctions relief

Vladimir Putin and other senior Kremlin officials appear to view the coronavirus crisis as an opportunity to advance their foreign policy goals. Beginning with Putin’s appeal for sanctions relief at a G20 video conference held on March 26, Russia has actively promoted the idea that a coronavirus-related relaxation of sanctions measures would be justifiable on humanitarian grounds.

Ever since Nikolai Tanankov was assassinated by his godson four years ago, Estonia’s criminal underworld has not had a leader.

Graham Bamford killed himself outside parliament in a gesture of frustration at Western inaction during the Bosnian war.

In Azerbaijan, you may find yourself behind the wheel of a Lada automobile

In his project Lada Landscapes, photographer Thomas Marsden takes the viewer on a photographic road trip through the ever-changing landscapes of Azerbaijan. He was also drawn to one of the region’s most iconic cars: the Lada.