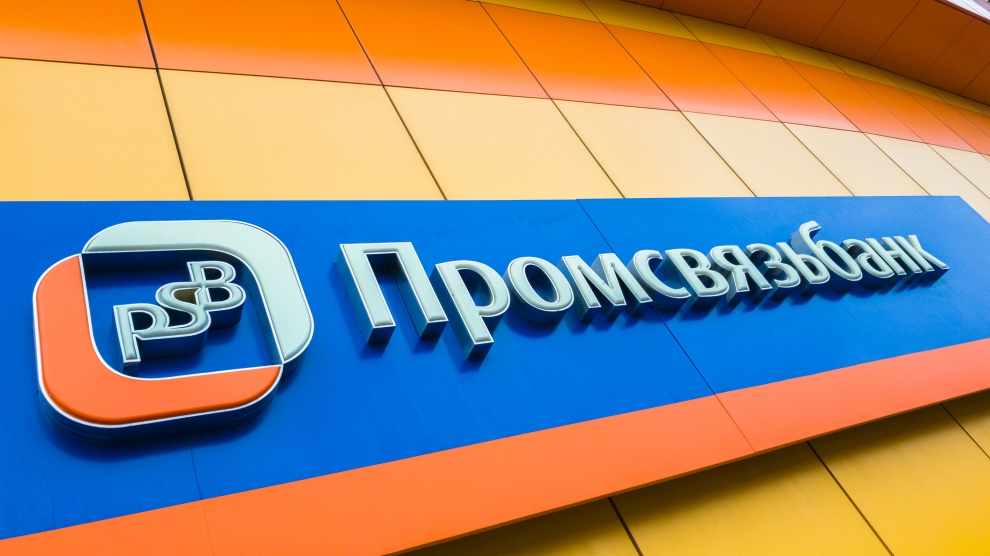 A new package of US sanctions against Russia, targeting Moscow’s sovereign debt, may achieve little while the range of unintended consequences to the international financial system is potentially huge, the Institute of International Finance (IIF) has found.

The new sanctions – a response to Russia’s ongoing illegal occupation of Ukraine’s Crimea and Donbas regions – are currently under consideration by the US Congress.

In particular, analysts at the IIF warn that two key draft legislative initiatives could rebound.

The first is the Defending American Security from Kremlin Aggression Act (DASKA), a bill co-sponsored by Republican US senator Lindsey Graham which would – amongst much else – target Russian financial institutions and certain Russian sovereign debt, including bonds issued by the Central Bank of Russia and the National Welfare Fund of Russia, foreign exchange swap agreements with Russian institutions, any other financial instrument issued by a Russian financial institution on behalf of the country’s government, as well as any instrument determined by Russian president Vladimir Putin to represent sovereign debt.

The second bill is the Defending Elections from Threats by Establishing Redlines Act (DETER) that comes as a response to Russian attempts to interfere with the 2020 US presidential elections. Besides sanctions targeting the Russian energy, intelligence and cyber sectors, the proposed measures include the blocking of assets of certain state-owned Russian financial institutions and restricting their US accounts, and the prohibition of transactions involving sovereign debt. DETER would go far beyond the provisions of the previous bill as it would apply to Russian government bonds, the debt of any entity owned or controlled by Russia, as well as any maturity.

Shortly after Russia annexed Crimea from Ukraine and started supporting pro-Russian rebels in the east of the country, the EU and the US – together with other international partners – imposed sanctions targeting people and companies affiliated with Russian aggression. These were followed by restrictive measures targeting the Russian oil sector, restricting access to technology, a ban on arms sales, as well as limiting access to primary and secondary capital markets in Europe and the US for certain Russian banks and companies.

The US sanctions have become steadily stronger over the past five years, hitting other Russian industries, oligarchs and government officials.

Combined with other external factors such as the change in global oil prices, the Russian economy saw a 2.8 per cent drop in GDP in 2015. While it has since recovered slightly, growth in 2019 was just 1.2 per cent, and expectations for this year are low: the projected growth rate is a less-than-impressive 1.6 per cent.

“By 2019, the authorities felt that macroeconomic buffers such as fiscal space and reserves had reached largely adequate levels and announced a pivot towards growth-supportive policies,” the IIF’s report reads, noting that the Russian government has allocated more than 400 billion US dollars to “national projects” between 2019 and 2024 to try and nudge growth over two per cent.

“Sanctions on sovereign debt are unlikely to hinder spending on national projects since most of the spending will be budget neutral, financed by a redistribution of funds within the budget and a 2019 VAT increase,” the report reads, adding, however, that in the long run, budgetary restrictions will impact fiscal policies, requiring either spending cuts or higher taxes in the Russian economy, not to mention that any further sanctions could weigh on Russia’s economic confidence, productivity and therefore reduce its potential GDP growth.

The IIF’s analysts point out that the 2014 sanctions were particularly effective “as they used US and European economic leverage where it intersected most with Russia’s economic vulnerabilities” at a time when Russian corporates were heavily reliant on foreign debt and equity financing.

“The Russian economy of 2020 is in a much stronger position than it was after the 2014 sanctions were imposed. The ruble has been allowed to float freely since 2014 and functions as a key shock absorber. Russian corporates were forced to deleverage following their loss of access to external financing and are now significantly less reliant on such funding sources,” the IIF finds, stressing that Russia’s current account and fiscal balance are both in surplus, while the country’s public debt is low (12.3 per cent as of the third quarter of 2019), external liabilities have dropped sharply and Russian FX reserves are now the second largest in the world after China.

What’s more, the new US sanctions – DASKA and DETER in particular – could lead to significant market spillovers and backfire on non-Russian entities.

“Eurobond restrictions put in place by the US can be understood as a case of implicit secondary sanctions, where non-US institutions are effectively barred from the primary market of dollar-denominated Russian government bonds,” the report highlights, pointing out that Russian eurobonds remain in key emerging market indices. At the same time, various channels exist through which Russia could theoretically continue to issue dollar-denominated eurobonds.

The IIF also believes that imposing sanctions on the primary market of OFZs (coupon-bearing federal loan bonds issued by the Russian government) could benefit domestic banks, including those that are state-controlled (93.5 per cent of assets), which is due to the fact that domestic Russian institutions “would strengthen their position as intermediaries, acquiring OFZs from the sovereign and selling to foreign institutions on the secondary market. Sanctions beyond the primary market would likely increase their position further, as they would be able to acquire government bonds at a discount.”

In such a scenario, foreign institutions could be forced to exit the Russian market, as operations without access to OFZs for liquidity management as well as regulatory compliance considerations – and no ability to hold correspondent accounts with the Central Bank of Russia – “make a presence in Russia untenable for most foreign banks”.

As for foreign companies remaining in Russia, they would have to rely on domestic players for basic banking services. “Administrative uncertainty is likely to arise as well regarding banks with foreign ownership and joint projects,” the report warns.

While the two key congressional bills may prove to be ineffective, the IIF believes that US sanctions against Nord Stream 2, a Russian pipeline that will deliver natural gas to Germany via the Baltic Sea – bypassing Ukraine and therefore endangering its energy security – have proven to be “highly effective.”

Instead of hitting Russian players, the measures targeted Western European companies and their assets in the US unless they stopped assisting the Russian-led consortium building the pipeline, which they eventually did.

“As a result, the completion of Nord Stream 2, originally anticipated for early 2020, could be delayed quite substantially, as similar expertise is not easily available,” the report says, noting that, unsurprisingly, “the measures were not well received by US allies in Europe, namely Germany.”