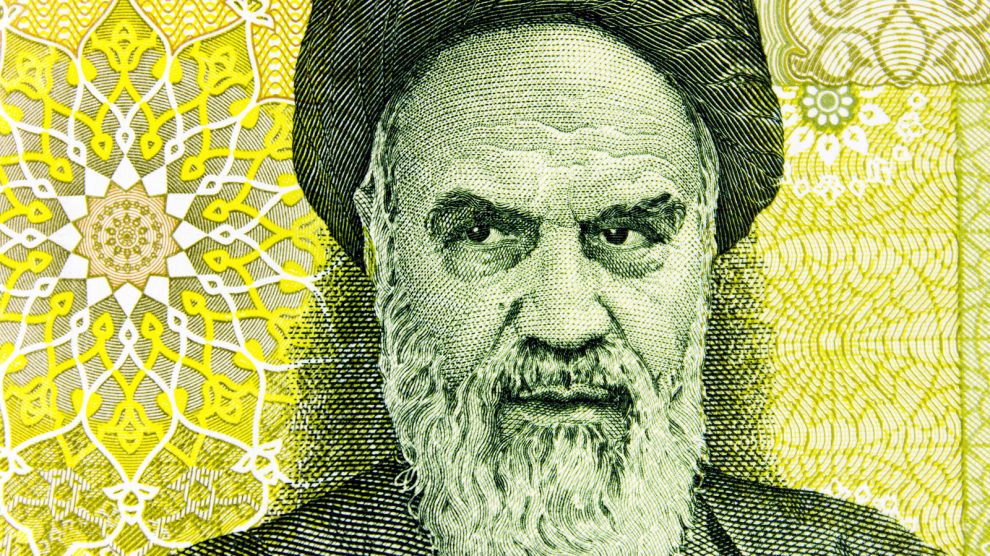 Some 30 kilometres west from Albania’s capital Tirana, nestled between a mountain range and the Adriatic Sea, lies the town of Manëz.

With a population of roughly 7,000 and picturesque views in every direction, it is a typical Albanian town, save for one fact: it hosts Camp Ashraf-3, the base of Iranian dissident group known as the People’s Mujahedin of Iran.

Going by its Farsi acronym of MEK, the group has had a presence in Albania since at least 2013. In its heyday, it was one of the main groups struggling against the imperial regime in Iran, playing a major role in the 1979 revolution before falling out with the newly-established Islamic Republic led by Ayatollah Khomeini.

Over time, the group’s significance diminished.

Currently, roughly 3,000 members of MEK are estimated to live in Camp Ashraf-3, a heavily fortified compound. The camp’s perimeter is lined with Iranian flags and guarded by Albanian private security.

And although the group gets little mainstream attention, it has actively been courted by powers hostile to Iran, primarily the United States. MEK’s leader, Maryam Rajavi (wife of one of the group’s founders, Massoud Rajavi, presumed dead since 2003) has met with prominent US politicians such as Rudy Giuliani, John Bolton and the late John McCain. An annual conference hosted by the MEK in Paris regularly draws visitors from various right-wing European political parties.

Despite this support, the group has next to no credibility in Iran, according to Houchang Chahabi, an Iranian-born professor of international relations at Boston University.

“They have been politically irrelevant in Iran since at least the mid-1980s, and have little to no domestic support,” says Professor Chahabi.

This raises the question of why Albania of all countries would drag itself into one of the world’s most tense geopolitical standoffs, between the United States and Iran, by agreeing to host a tiny, fanatical armed group, which until 2012 was designated as a terrorist group by the United States and most of the European Union.

Now described by various sources as a cult, a cartel, a dangerous extremist group, the group’s presence may even represent a threat to Albanians.

From revolutionaries to cult

MEK was founded in the 1960s by radical students opposed to Shah Reza Pahlavi. With an ideology combining Shia Islamism with Marxism, throughout the 1970s the group staged dozens of often suicidal attacks on security forces, as well as targeting western-owned hotels, airlines and oil companies.

During the 1979 revolution, they were crucial in the final gun battles against the Shah’s police. However, it did not take long for things to sour between the various factions involved in the revolution. The Ayatollah Khomeini-led Islamist faction ended up seizing most of the political power.

Following massive street protests organised by the MEK, the Islamic Republic cracked down hard on the group, executing thousands of supporters and driving many to flee across the border to Iraq, where they were hosted and armed by Saddam Hussein.

Tens of thousands MEK members participated in the Iran-Iraq War, fighting alongside the Iraqi military which was indiscriminately bombing Iranian cities and using banned chemical weapons. This caused what credibility they had left in Iran – and clearly they used to have a lot, as evidenced by their massive support during the revolution and the post-revolutionary period – to dissipate.

An attempted incursion into Iran in 1988 by an 8,000-strong mechanised MEK force, at the closing stages of the Iran-Iraq War, ended in crushing defeat. The group began resembling more of a cult than a political party – the 1988 defeat was partially blamed on members being too distracted by “trivialities” like love, friendship and parenthood to be zealous enough fighters.

Throughout the 1990s, MEK helped Saddam Hussein brutally quell uprisings in the aftermath of the first Gulf War, implicating themselves in some horrendous atrocities, particularly against Kurds.

Following the toppling of Saddam Hussein in 2003, the MEK began piquing the interest of US hawks. It had toppled hostile regimes in Iraq and Afghanistan with ease, and the insurgencies which would end up bogging it down had yet to fully take off. It was widely believed that Iran would be the next country on the list – and the MEK looked like convenient on-the-ground partners.

This alarmed the MEK’s western sponsors which began looking for alternative countries to base the group in. They reached out to several of their Eastern European partners, with Romania identified as an ideal location. However, only one country responded to the request positively: Albania.

MEK officially renounced violence and between 2013 and 2016, between three and five thousand members were relocated to Albania, with the help of the United Nations High Commission for Refugees (UNHCR), overseen by the governments of Sali Berisha and Edi Rama.

Few even within Albania know of MEK’s existence. Those that do have asked questions about the implications of hosting such a group: fears were raised that the presence of the MEK forces Albania to inherit a decades-long struggle between a major regional power in the Middle East and a terrorist group with cult-like characteristics, at the behest of the United States.

However, Professor Olsi Jazexhi, an Albanian historian and lecturer at the International Islamic University of Malaysia, believes that there is little immediate security threat to Albania as a result of the group’s presence.

“Iran has attacked MEK terrorists in the past in Iraq, however at present it cannot do anything against MEK in Albania. Albania is a NATO member country and its security is guaranteed by the Americans,” he says.

Dr Zijad Bećirović, director of the International Institute for Middle Eastern and Balkan Studies in Ljubljana agrees with this view.

“Iran does not attach much importance to this group. Albania is a member of NATO and Iran would not want to risk a confrontation,” Dr Bećirović tells Emerging Europe.

This may be particularly true in light of how MEK renounced violence as a precondition of its relocation to Albania. Now, according to interviews conducted by The Guardian with MEK defectors, members spend most of their time posting propaganda comments on online forums demonising the Iranian government.

Furthermore, the group appears to have fallen far from its heyday as one of the trailblazers of the Iranian revolution to becoming something not unlike a cult.

Members are forced to divorce their spouses upon joining. Celibacy is strictly enforced, and daily, members have to confess their sexual urges in front of their peers. Dozens of women have allegedly been sterilised by the group’s doctors under false pretences, presumably to sever them from “distractions” such as raising children.

Dr Bećirović believes that the US clearly played a major role in bringing the group to Albania.

However, despite this, Bećirović acknowledges that Albania also has its own interests in hosting the MEK. “In this way, Albania strengthens its role in the region and international relations and its position with the United States and western allies.”

‘The US runs Albania’

Others, like Olsi Jazexhi, see the whole situation as evidence of American hegemony over Albania.

“Albania today is ruled by the US embassy in Tirana. The embassy vets our politicians – like the Guardian Council in Iran – and it decides which politicians enter parliament or not. The hosting of MEK in Albania is not an Albanian affair, but an American-Israeli affair.”

However, lately, the MEK has been back on the Iranian government’s radar. In November 2020, Mohsen Fakhrizadeh, a senior official in Iran’s controversial nuclear programme, was assassinated. Some local news reports indicated that over 60 people were involved in the assassination.

Iranian government sources blamed the assassination on MEK, acting in conjunction with Israeli intelligence agency Mossad. The unconfirmed reports of there being several dozen people involved in the operation indicate a high level of collusion between locals and the architects of the assassination. MEK has demonstrated its members’ zeal, fanaticism, and willingness to collaborate with enemies of Iran – it would not be preposterous to suggest that they may have played a part in the killing.

The incident also echoed how during a string of assassinations of Iranian nuclear scientists from the late 2000s to the early 2010s, the Iranian government persistently claimed the involvement of MEK sleeper cells.

Regardless of whether or not the MEK were involved in the assassinations, it is clear that they have been identified as the United States’ partner in Iran, should anything happen between the two countries.

This, however you slice it, means that the group is actively collaborating with a country that has been persistently hostile to Iran for over four decades.

And that means that as long as tensions remain between the US and Iran, MEK will continue to be useful to its patrons – meaning Albania will continue hosting them.

“Albania will continue to host the MEK paramilitary base on its soil for as long as the Americans need them to,” says Olsi Jazexhi.

“If one day the United States makes peace with Iran, MEK will be forgotten, dismantled, de-radicalised and its remaining members will finally live a peaceful civilian life. But for the time being they are useful and good terrorists which Albania must host.”