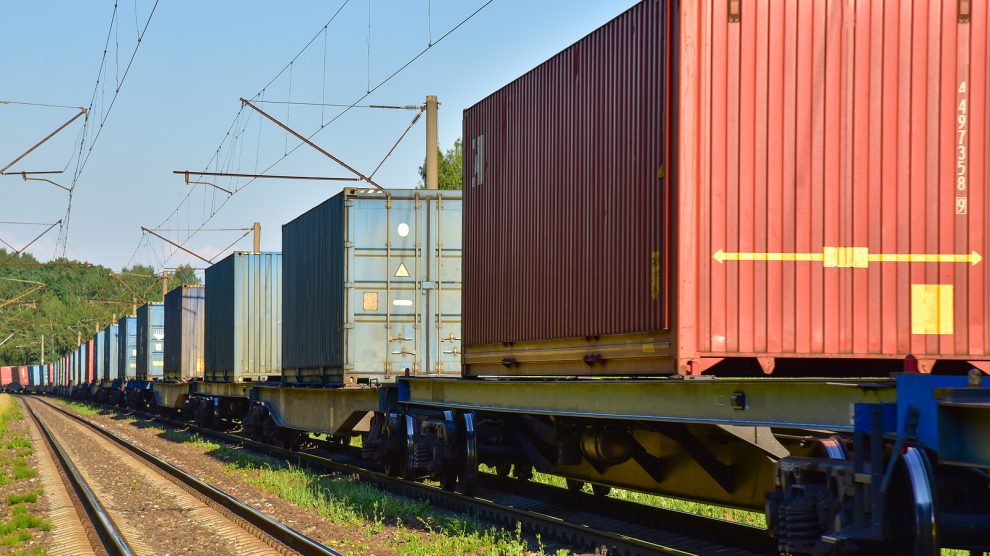 It’s now more than a year since Beijing officially opened a new transportation corridor that connects China with Kyrgyzstan and Uzbekistan, but it remains far from complete.

Almost a decade has passed since China set to create a diversified network of transportation routes to connect the country with western markets, its ambitious Belt and Road Initiative.

Ever since Beijing launched the project, Central Asia has been seen as playing a key role. Infrastructure projects predicated on the notion of the region’s importance as a transit hub between China and Europe.

While most attention has been focused on Kazakhstan, both Kyrgyzstan and Uzbekistan have also been enthusiastic about their role as Chinese transportation and trade routes, eyeing opportunities for their economies.

The China-Kyrgyzstan-Uzbekistan corridor, often referred to as CKU, has been at the centre of their focus.

A project to connect the three countries by railway predates the Belt and Rod Initiative, going back to 1997. It nevertheless remained dormant – mainly due to internal political instability in Kyrgyzstan between 2005 and 2010.

However, after then Kyrgyz President Almazbek Atambayev made an official visit to Beijing in June 2012, the project was revitalised. Uzbekistan also reaffirmed its interest in seeing the project implemented.

The launch of the Belt and Road Initiative gave the project further impetus. In 2016, Uzbekistan received financial assistance from Beijing in order to complete the Angren-Pap tunnel to connect with a railroad in Kyrgyzstan, a railway which has, however, yet to be built.

As such, the current CKU corridor is merely as a multimodal transport route as no through-rail connection exists directly linking China and Uzbekistan. Its total length reaches 4,380 kilometres and connects the Chinese city of Lanzhou to Uzbekistan’s capital Tashkent.

On its inauguration in June 2020, 230 tons of cargo worth 2.6 million US dollars was transported from Lanzhou by rail to the Kyrgyz border, where it was reloaded onto trucks and driven via Kyrgyzstan to the town of Osh, after which it was carried once again by rail to Uzbekistan.

The route is intended to transport consumer goods from China to Central Asia and take food products, minerals, and oil exports the other way.

It is seen as a win-win for all participants as it has the potential to directly link the region to Western Europe through the South Caucasus and Turkey.

Uzbekistan is already connected to Turkmenistan and Iran, and once the Kyrgyz section of the railway is completed, the CKU railway will become one of the shortest routes between China and Western Europe, making Uzbekistan and Kyrgyzstan key transit countries for Chinese exports.

The corridor would offer Bishkek transit fees and new employment opportunities which could help the country’s economy – riddled with foreign debt – recover.

“The new railway will have positive implications for Kyrgyzstan’s development as it will increase rail transportation through the country and shorten the time required to transport goods from China,” says Emil Avdaliani, head of Middle East Studies at Geocase, a think tank.

Even though Uzbekistan already has a rail connection with China via Kazakhstan, it is on average 20 per cent more expensive than the route through Kyrgyzstan, even though cargo currently needs to be carried by trucks.

Transportation of goods on a hybrid rail-road route takes from a full week to 10 days in a single direction. A railroad connection between Tashkent and Lanzhou, however, would require much less time and could boost the importance and attractiveness of the corridor.

The leaders of Kyrgyzstan and Uzbekistan frequently emphasise the need to complete the CKU railroad. On August 6, at a meeting of Central Asia’s heads of state in Turkmenistan, Uzbek President Shavkat Mirziyoyev said that the route would help create “an extensive and integrated transport system” capable of becoming a key transit hub on the Eurasian continent.

Yet the positive hype and never-ending negotiations remain the only achievements of the railway project so far.

While the transportation corridor could present myriad opportunities for participant states and the region at large, it is doubtful that the construction of the railroad can be completed in the near future.

“China wanted a good land-based export route westward out of Xinjiang. Yet, due to political instability and frequent change of leadership in Kyrgyzstan, China was unable to settle negotiations with the Kyrgyz elites,” says Niva Yau, a researcher at the OSCE Academy in Bishkek.

The Kyrgyz authorities have for years been promising to complete the railroad, albeit without ever securing the required financial resources. China has long been seen as the only participant that could resolve the funding issue.

However, Kyrgyzstan’s foreign debt has now reached 4.8 billion US dollars and around 40 per cent of that – 1.8 billion US dollars is owed to the Export-Import Bank of China. Afraid of falling into a “debt trap”, Bishkek appears to have stopped viewing Beijing as a potential funding source for the railway.

In a June 2020 statement, the executive director of the Kyrgyz National Railway Company did not mention China among funding partners for the project, only Uzbekistan and Russia.

Nevertheless, Uzbekistan might not be capable of substantially contributing to the project, estimated at 4.5 billion US dollars. Tashkent has declared its readiness to participate in the construction of “certain sections” of the railway, but it might not be sufficient for the full, multibillion construction.

Moreover, as Ms Yau points out, the Uzbek authorities still need to seek international financial assistance to partially fund the project and “work out with the Kyrgyz government ways of implementing transit fees to pay back the construction”.

Kyrgyz officials see Russia as another country capable of assisting the project financially. Moscow could be interested in engaging in the project as it seeks to maintain its influence in a region currently contested by Beijing.

“Russia’s inherent fear is that the Belt and Road Initiative will deeply anchor China in the geopolitics of Central Asia and the new corridor will allow Beijing to engage deeper with Uzbekistan – the heart of the region,” says Avdaliani.

The CKU railroad has the potential to compete with Russian transport routes in the future as it is envisaged to be the initial part of a greater corridor that will connect China to Western Europe via the South Caucasus, completely bypassing Russia. This makes Moscow’s engagement in the project highly suspect.

Apart from that, Russia’s participation in infrastructure projects in Kyrgyzstan does not have a favourable past.

As Niva Yau explains, Russian financial support for the railway could be a “distraction”.

“Russia has a strong track record in Kyrgyzstan for proposing to support a project, start negotiations, waste everyone’s time and at the last minute back out of the project,” she says.

This is what happened in 2016 when Moscow failed to fulfil its financial promises for two energy projects, which had to be suspended.

According to Yau, “Russia is not genuinely interested in the economic development of Kyrgyzstan as it depends on the country’s cheap labour, as about two million of Kyrgyz work in low-income positions in Russia.”

Despite overwhelming difficulties, the Kyrgyz government keeps trying to push the project further and attract potential funders. On August 6, at the meeting in Turkmenistan, Kyrgyz President Sadyr Japarov stated that the construction of the CKU railway was a matter of “strategic importance”. He urged Central Asian countries “to step up efforts” as the corridor could potentially end the “isolation of the Central Asian region, which has no access to the world’s oceans”.

Even though Bishkek remains enthusiastic, it has no real options to obtain feasible funding, and with time passing, the implementation of the enticing railway project is becoming increasingly elusive.

“Problems are likely to haunt the CKU railway project in the future. Kyrgyzstan’s politically unstable situation and poor economic performance pose further obstacles to the railway project and its funding,” says Avdaliani.

Albania and Iran’s dissident MEK: A marriage made in the US
Sir Suma Chakrabarti and Katalin Karikó winners of Emerging Europe’s Remarkable Achievement Awards for 2021
Comment