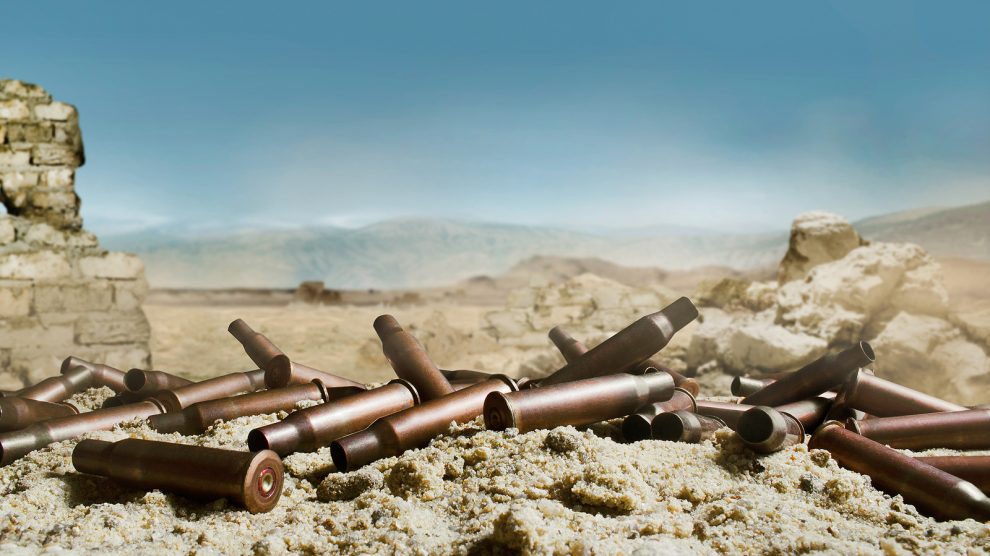 NATO’s withdrawal from Afghanistan has left the states of Central Asia exposed to renewed Taliban offensives.

The past few weeks have been grim for Afghanistan. Barely a fortnight after US President Joe Biden announced on June 13 that NATO troops would fully withdraw from Afghanistan by September, the Taliban launched a massive offensive in the north of the country, close to its border with Turkmenistan, Uzbekistan and Tajikistan.

Daily, fresh footage has been emerging of Taliban fighters occupying abandoned Afghan army bases, inspecting captured equipment. Many have been ceded without a fight.

The Afghan government has claimed it is conducting “tactical retreats” from sparsely-populated areas and isolated outposts to more defensible positions. Its ally, the United States, has been downplaying the gains made by the Taliban.

However, on the ground, the facts paint a different picture. Bill Roggio, a senior fellow at the Foundation for Defence of Democracies estimates that the Taliban controls more than 140 districts out of 419 in the whole country. More than 170 other districts are estimated to be contested.

In other words, the central Afghan government fully controls only a quarter of the country. Several regional and district capitals are also reportedly surrounded.

The Taliban’s ongoing northern offensives have placed the states of Central Asia in the firing line.

On June 22, Taliban fighters took the main border crossing on the Tajik frontier, forcing 134 Afghan soldiers to flee into Tajikistan. On June 27, another group of 17 Afghan soldiers made their way to Tajikistan after suffering another defeat at the hands of the Taliban.

Uzbekistan faced the same problem on June 26, when 53 Afghan soldiers and pro-government militiamen tried to withdraw into Uzbekistan – these, however, were turned back by Uzbek forces.

What is particularly concerning about the latest Taliban offensives are that they are concentrated in the country’s north, historically an anti-Taliban stronghold, and inhabited largely by Uzbeks, Tajiks, Hazaras and Uighurs. With the Afghan government currently reeling from repeated defeats, there is a major risk of the region becoming fatally unstable.

The Taliban largely represents the Pashtuns of Afghanistan and can fairly accurately be described as being as much of an ethno-nationalist movement as a religious one.

In the 1990s, following the withdrawal of the Soviet Union, former mujahideen commanders Ahmed Shah Massoud (an ethnic Tajik) and Rashid Dostum (an ethnic Uzbek) made up part of the Northern Alliance, an anti-Taliban coalition which supported the eventual US-backed invasion of 2001.

However, the recent battlefield successes of the Taliban, so far from their usual Pashtun strongholds, can also be attributed to the collaboration of local Islamist groups. These include the Islamic Jihad Union (predominantly Uzbek) and Ansarullah (predominantly Tajik), both affiliated with al-Qaeda and currently fighting under the Taliban’s banner.

The governments of Uzbekistan and Tajikistan have already been taking measures to counteract any spillover effects. In March, authorities in the Tajik district of Shamsiddin Shohin, neighbouring Afghanistan, announced that they would begin organising local residents to form self-defence militias to defend against any incursions.

On June 23, Yodgor Faizov, governor of Tajikistan’s Gorno-Badakhshan autonomous region, announced that his administration was already setting aside resources in anticipation of a wave of refugees. Adding to Dushanbe’s concerns, the Afghan government claims that there are hundreds of Tajik citizens among the Taliban fighters.

The presidents of Uzbekistan and Tajikistan spoke by phone this week about the developing situation. Uzbekistan has maintained troops at its border since the June 26 incursion by fleeing Afghan soldiers and Uzbek foreign minister Abdulaziz Komilov is currently in the United States on a working visit, which will almost certainly have Afghanistan at the top of the agenda.

Furthermore, there have been persistent reports of the United States pushing to open airbases in Central Asia, in case it needs to intervene again in Afghanistan. Previously, it had bases in Uzbekistan and Kyrgyzstan, which closed in 2005 and 2014 respectively. However, according to local media reports, the Uzbek government at least is vehemently opposed to the proposition.

With the Taliban gaining ground throughout Afghanistan, the winds of instability are being felt in the region, and it appears the governments of Uzbekistan and Tajikistan are aware of this. As the war in Afghanistan intensifies as NATO withdraws, at the very least it will precipitate another wave of refugees.

In the worst case scenario, a return to power of the Taliban, the consequences are even more dire for the Central Asian countries that border Afghanistan. The chaos which engulfed Afghanistan in the 1990s was a major reason for the intensity of Tajikistan’s own civil war. Then, Tajik militants found safe haven in Afghanistan among ideological allies ready to host them. Now, history may be repeating itself.

While the Taliban does not possess the same internationalist ambitions as other radical groups, such as Islamic State, it has shown in the past its willingness to ally with ideological bedfellows from across the world.

A recent US intelligence assessment estimated that the Afghan government could fall within six months of a full NATO withdrawal.

However, none of the other major regional players such as Russia, Iran, or China have any interest in allowing a radical Islamist group like the Taliban to return to power. This is particularly true for Russia, which is constantly battling with radical elements within its own population. Russia maintains military bases in Tajikistan, and Kremlin spokesperson Dmitry Peskov has indicated its willingness to work with the governments of Tajikistan and Afghanistan to secure the region.

Nevertheless, leaders across Central Asia are more nervous than they have been in years.

Is Central Europe the canary in the EU’s inflation coal mine?
The time has come for the EU to engage with African agriculture
Comment