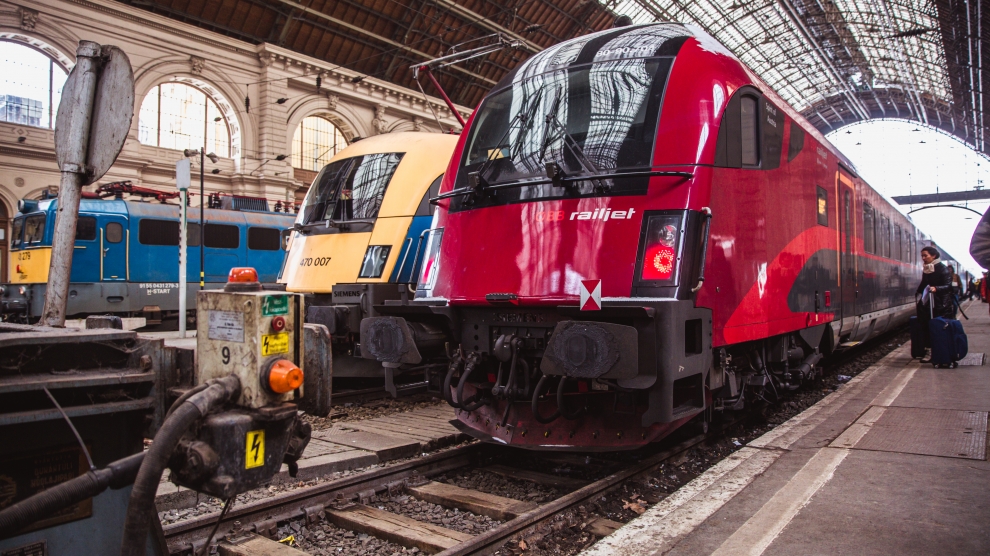 Details of a Chinese-backed railway link between Budapest and Belgrade, one of the biggest international infrastructure projects in the emerging Europe region for many years, have been classified by Hungary’s parliament.

Hungary and China signed a 20-year loan deal for the project worth 1.9 billion US dollars late last month, at a 2.5 per cent interest rate.

Under the terms of the agreement signed with China’s state-owned Exim Bank, Hungary will finance 85 per cent of the investment costs — estimated to be at least 2 billion euros — from credit and the remaining 15 per cent from its own funds.

Hungary’s ruling party, Fidesz, which dominates the country’s parliament, said that keeping the details of the contract secret for 10 years was necessary as disclosure could “threaten Hungary’s ability to pursue its foreign policy and trade interests without undue external influence.”

The high-speed line will upgrade an existing link between the Hungarian and Serbian capitals, which China hopes will allow it to ship goods from the Greek port of Piraeus – operated by a Chinese company – to Western Europe faster than at present. The project is part of China’s ambitious Belt and Road initiative, Chinese President Xi Jinping’s signature global infrastructure project to deliver Chinese goods from east to west.

Hungary’s government last week allocated 82 billion forints (234.5 million euros) from its 2020 budget – already strained by a likely recession in the wake of the Covid-19 pandemic – to finance the rail link, which has suffered significant delays since China, Serbia and Hungary signed the original memorandum on the rail route in 2014. Construction on the Serbian started in 2018.

The 150-kilometre Hungarian stretch of the railway will be built by CRE Consortium, which includes holding company Opus Global, controlled by Lőrinc Mészáros, an associate and childhood friend of Prime Minister Viktor Orbán.

The investment has drawn criticism for potentially giving China a say in Hungary’s affairs, as well as its huge cost to the taxpayer.

“The government takes pride in not wanting to take loans, and yet the two greatest creditors of Hungary are Russia and China,” said László Szakács, an MP for the socialist MSZP party.

Jobbik MP Balázs Ander said that the project serves only the interests of China, which will be able to flood European markets with cheap products, adding that “there are no guarantees that the development will not become a bottomless pit for Hungarian people’s money.”

On what was a particularly busy day for Hungary’s parliament, MPs also voted to ban transsexuals from changing the gender they were assigned at birth on official documents.

While the government claims that the law will end legal uncertainty, rights groups fear it will worsen discrimination against LGBTQ citizens.

The decision “to register children’s biological sex in their birth certificates does not affect men’s and women’s right to freely experience and exercise their identities as they wish,” the government’s communications office said.

“This decision pushes Hungary back towards the dark ages and tramples the rights of transgender and intersex people. It will not only expose them to further discrimination but will also deepen an already intolerant and hostile environment faced by the LGBTI community,” says Amnesty International’s Krisztina Tamás-Sáróy.

Hungary recently dropped points in a ranking of European countries for LGBTI rights by the International Lesbian, Gay, Bisexual, Trans and Intersex Association (ILGA) because of “policies targeting LGBTI communities.”

Earlier this month, the NGO Freedom House’s latest Nations in Transit report claimed that Hungary was no longer a democracy, labelling it a “hybrid regime,” having lost its status as a “semi-consolidated democracy” due to Mr Orbán’s continued assaults on the country’s democratic institutions.

The adoption of a Covid-19 emergency law that allows the government to rule by decree indefinitely, “has further exposed the undemocratic character of Orbán’s regime,” Freedom House claimed.

Just when Belarusians might welcome a firmer hand, their authoritarian president appears more libertarian than ever
Protesters decry demolition of Tirana’s National Theatre as an attack on democracy
Comment