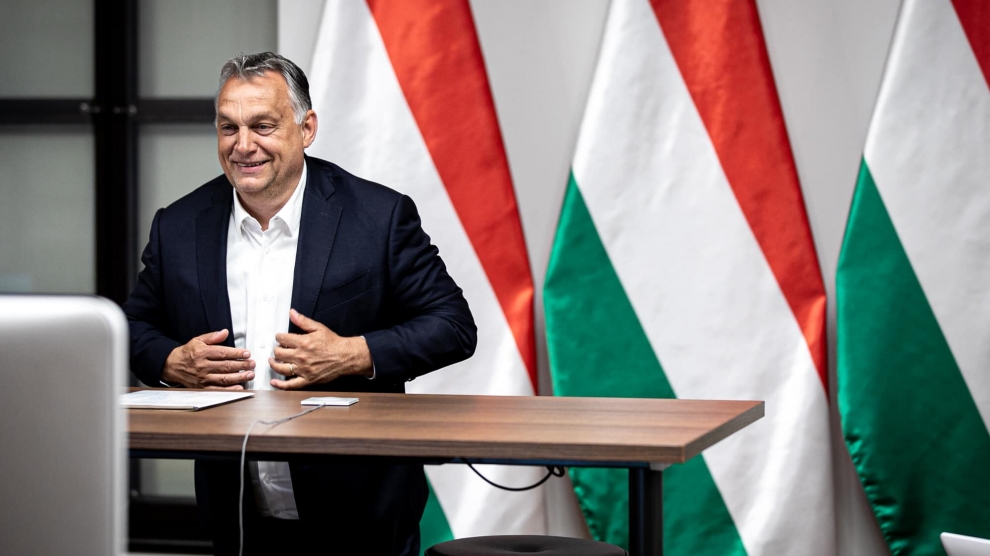 Foreign investors in Hungary will have to apply for a special permit in order to acquire more than 10 per cent of local companies deemed strategically important.

In a decree published on May 26, making use of controversial emergency legislation which some critics have described as creating the EU’s first dictatorship, Hungary’s government stipulates that foreign investors undertaking deals worth more than one million euros in sectors like healthcare, energy, food production, waste management, construction, finance, shipping, defence and information technology will need to submit documentation to the minister of innovation and technology, who will have 45 days to either approve or deny the request.

The rules will be in place for the rest of 2020, with the term “foreigner” applying to investors from outside the EU, the European Economic Area (EEA) and Switzerland.

“This is not a question of economics but also of sovereignty,” said Tamás Schanda, a deputy minister at the Innovation and Technology Ministry, adding that the new rules would protect Hungarian companies from foreigners who want to take advantage of the coronavirus crisis to gain market share.

Last week, details of a Chinese-backed railway link between Budapest and Belgrade, one of the biggest international infrastructure projects in the emerging Europe region for many years, were classified by Hungary’s parliament.

The parliament granted Prime Minister Viktor Orbán the right to rule by decree in March to help to fight the coronavirus crisis. This was widely criticised partly because it was open-ended, while some of the legislation passed by decree has had little relevance to fighting the virus, such as that which stripped opposition-led municipalities of decision-making power and financial resources.

However, Hungary’s justice minister, Judit Varga, said earlier this week that the country aims to lift the state of emergency – and with it Mr Orbán’s ability to rule by decree – on June 20.

In a Facebook post, Varga described the international criticism of Hungary as “unfounded attacks”, adding: “We expect [our critics] to apologise for waging a smear campaign instead of cooperating on defence [against the coronavirus].”

Earlier this month, the NGO Freedom House’s latest Nations in Transit report claimed that Hungary was no longer a democracy, labelling it a “hybrid regime,” having lost its status as a “semi-consolidated democracy” due to Mr Orbán’s continued assaults on the country’s democratic institutions.

The adoption of a Covid-19 emergency law that allows the government to rule by decree indefinitely, “has further exposed the undemocratic character of Orbán’s regime,” Freedom House claimed.

The Polish government believes that with the market value of many Polish companies having been reduced by the economic impact of Covid-19, they need to be protected from foreign takeovers.

Deputy Prime Minister and Minister of Development Jadwiga Emilewicz said last week that, “in a crisis, Poland is not for sale”.

“We can’t allow companies that have been painstakingly building their brand for 20, 30 years, to become cheap booty today, especially for funds from outside the European Union,” she said.