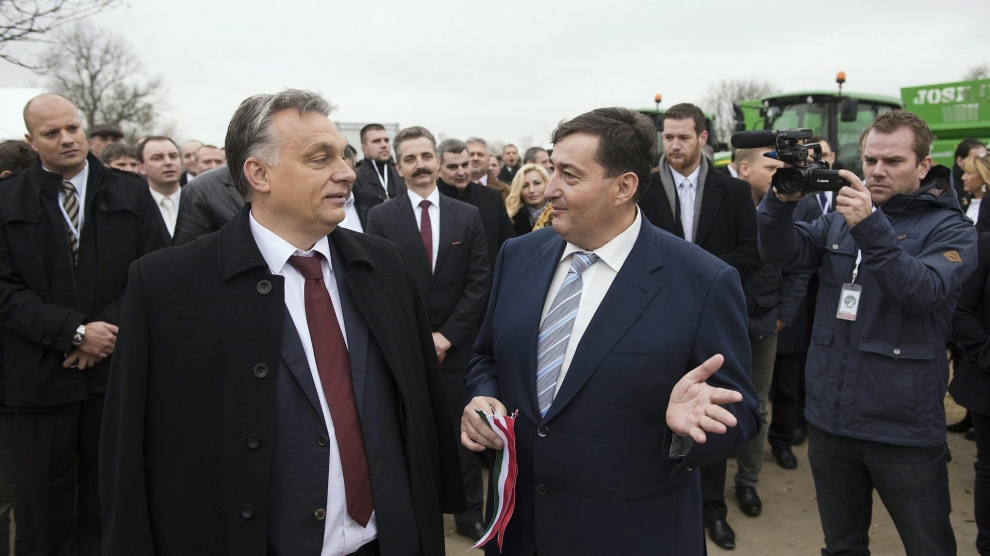 The companies of Lőrinc Mészáro, a childhood friend of the Hungarian prime minister Viktor Orbán, enjoyed another good year in 2019.

According to Hungarian business news portal mfor.hu, the companies owned by the businessman and his associates won tenders for 415 billion forints (1.26 billion euros) worth of public procurement-based projects.

The largest share, around 305 billion forints, went to a Chinese-Hungarian consortium including a company called RM International for the reconstruction of the Budapest-Belgrade railway line, part of China’s Belt and Road Initiative.

The majority of RM International is owned by Opus Global, a publicly-traded company that is considered the flagship of the Mészáros conglomerate.

A significant share of the money distributed during these public procurement calls came from European Union funds.

The Hungarian businessman made international headlines in March 2019 when Forbes listed him as the second-richest Hungarian dollar-billionaire in the world with an estimated net worth of 1.3 billion US dollars (1.16 billion euros). Only Sándor Csányi, the chairman and CEO of Hungary’s OTP Bank, is richer.

The rise of Mr Mészáros, a gasfitter by profession who served as the mayor of Felcsút, the small Hungarian village where the Hungarian PM grew up, accelerated after Mr Orbán first became PM in 2010.

Over the past five years, the businessman’s value has skyrocketed: in 2015 Forbes Hungary estimated his wealth at a more modest 24 billion forints (72.7 million euros).

“God, luck and Viktor Orbán certainly plays a part [in my success],” he told the Hungarian press in 2014.

He is now the symbol of an entrepreneurial class loyal to the ruling Fidesz party, with opposition critics arguing that his accumulation of wealth is a sign of corruption and crony capitalism and that Mr Mészáros is an oligarch whose empire is run by Mr Orbán’s inner circle.

“I’ve never had a business relationship with the prime minister,” Mr Mészáros told Bloomberg in December.

In its latest annual report on Hungary, international corruption watchdog Transparency International argued that Hungarian companies had “made their peace” with the government’s corruption while foreign companies simply “priced” corruption into their business plans.

Hungary is currently ranked 64th globally in TI’s Corruption Perceptions Index – its lowest score since the fall of communism in 1989.