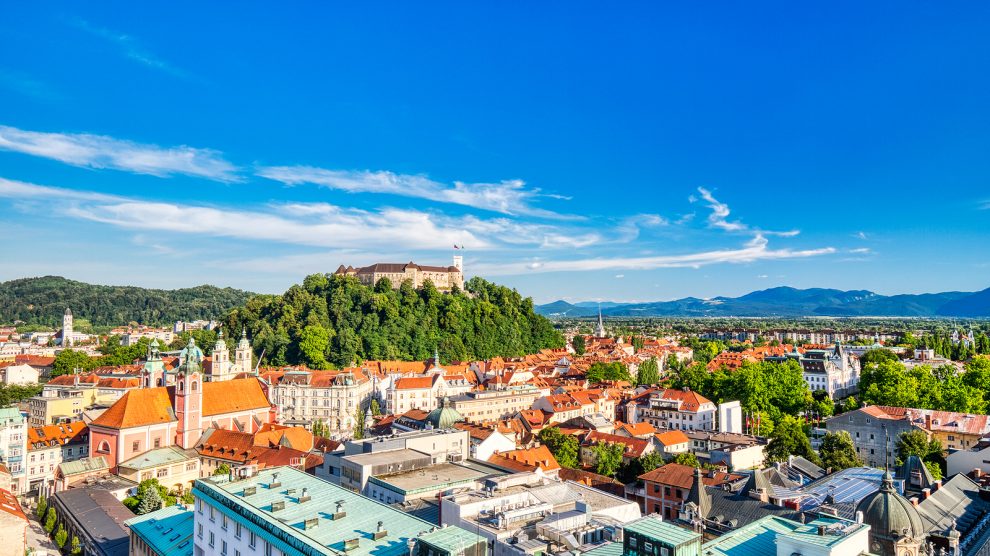 Walking round the world in a day – in Ljubljana, Slovenia

Unable to travel, Ljubljana-based writer Miha Mazzini decided to explore his home city by walking from embassy to embassy

There’s no love lost between Edi Rama and Albin Kurti. But if Rama wins a third term as Albanian prime minister, their relationship may shape relations between Albania and Kosovo for years to come, with ramifications for the region.

Ukraine says misinformation is scaring its people away from being vaccinated

First Ukraine got caught up in the geopolitics of vaccine distribution between Russia and the West, and struggled to get hold of any doses. Now that it has them, Ukraine faces a new challenge: finding enough people who are willing to be vaccinated.

As the Belarus crisis enters its eighth month, the strategy of Russian President Vladimir Putin is coming into clearer focus: leverage the unrest, the political uncertainty, and Belarusian dictator Alexander Lukashenko’s vulnerability in order to create a fait accompli assuring Moscow’s long-term dominance over the country.

Until now, the Czech government has not officially acknowledged or compensated Roma women for a government-led eugenics agenda from the early 1970s until it was officially abolished in 1993. No one knows how many women were affected. The European Roma Rights Centre says hundreds of women were systematically sterilised throughout the 1990s with the last-known case as recently as 2007.

For Serbia’s LGBT community, same-sex unions are progress but not equality

Expected to be passed this spring, new legislation in Serbia would grant LGBT couples legal benefits such as joint healthcare and inheritance rights — but not the option to adopt children.

Turkmenistan: A ban on all news, ye who enter here

Vienna-based Chronicles of Turkmenistan has reported that cable companies in Turkmenistan on March 8 stopped showing the pan-European Euronews channel after it broadcast a report on the Martin Ennals Award for Human Rights Defenders. This year’s finalists included Soltan Achilova, a 72-year-old journalist and activist who has reported on state repression in Turkmenistan in the face of relentless intimidation.

Ara Haratyunyan had been commissioned to create a sculptural epic that would replace Yerevan’s Stalin monument. The artist was looking for a woman who could visually represent the power of motherhood and the “Armenian motherland” and in Jenya Muradian he believed he had found exactly that archetype.

Misha: The tragic story of the Uzbek-Korean soccer star who became a Soviet icon

For a generation of Soviets, footballer Mikhail An was Uzbekistan’s answer to Pelé. Director Brian Song untangles his multi-layered legacy, from his tragic death and subsequent government cover-up, to his place in the lives of thousands of Uzbek-Koreans.

A rumbling political crisis in Belarus spilled over into the Eurovision Song Contest on Thursday, after the event’s organisers rejected the country’s entry by a band which has mocked protests against President Alexander Lukashenko.

The remains of a group of people who died 6200 years ago in a massacre in Croatia have been genetically analysed to reveal their ages, sex and ancestry. DNA, taken from a section of the skull which protects the inner ear called the petrous bone, along with an analysis of the skeletons, helped researchers learn more about those killed.