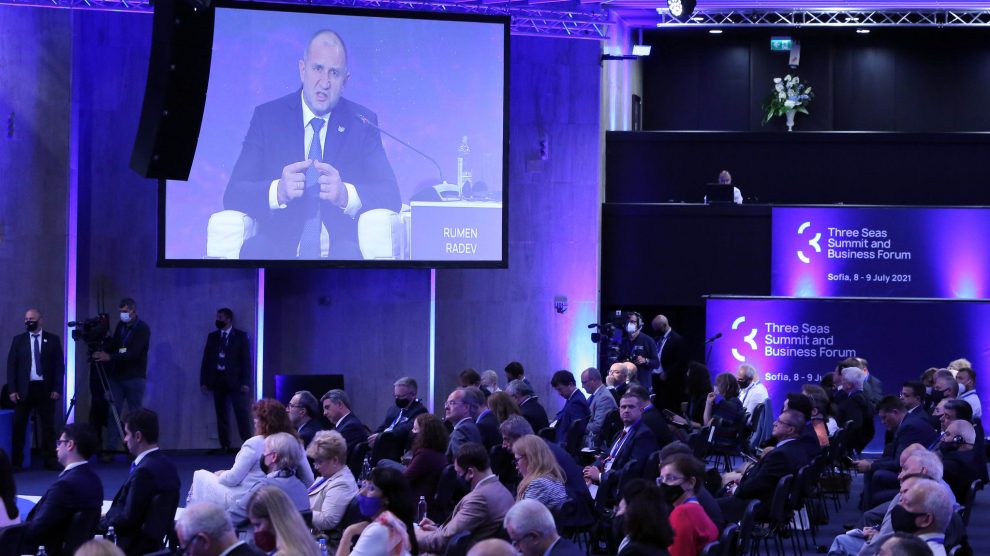 Both the United States and Germany are increasingly interested in the success of the Three Seas Initiative, which looks set to become the most important forum for regional co-operation in Central and Eastern Europe.

Polish President Andrzej Duda, speaking last year at a meeting with the CEOs of stock exchanges from across emerging Europe, said that the Three Seas Initiative, which he helped launch, has been “one of the most important areas of my work over the last five years”.

“I remember meeting with the then president of Croatia, Kolinda Grabar-Kitarović, back in 2015, and talking about creating a cooperation format on a European level between the Baltic Sea, the Adriatic Sea and the Black Sea.

“Back then, it seemed distant, but I was convinced that with our similar histories and difficulties, we are able to understand each other better, better than our colleagues from Western Europe, who never experienced communism, never really felt what it means to have a restriction of freedom of speech, who never really felt what it meant when someone wasn’t allowed to travel, or when you are blackmailed, or followed, or imprisoned.”

Initially dismissed by many as a talking shop that would have little impact on the real world, the Three Seas Initiative, known also as the Baltic, Adriatic, Black Sea Initiative or simply as the 3SI, is increasingly relevant.

The 3S1 now has its own investment fund, enjoys strong support from the United States, and has other countries interested in membership beyond the 12 states, all in the European Union, that make up its current cohort (Austria, Bulgaria, Croatia, the Czech Republic, Estonia, Hungary, Latvia, Lithuania, Poland, Romania, Slovakia, and Slovenia).

Officially launched in 2016 to facilitate the development of energy and infrastructure ties among the 12 nations, the 3SI also wants to strengthen trade and political cooperation among countries bordering the Adriatic Sea, the Baltic Sea, and the Black Sea.

One of the problems is connections.

As Anthony Kim, research manager and the editor of the Index of Economic Freedom at the Heritage Foundation, points out, most infrastructure in the region runs east to west, stymieing greater regional interconnectedness.

“The nations involved in 3SI are largely dependent on Russian energy, and the threat from Russia, especially in the realm of cyberattacks, influence operations, and propaganda is real. The 3SI will help these nations to resist Russian pressure, while also developing greater interconnections between the nations themselves, and providing an opportunity to build strengthened transatlantic business, energy, and geopolitical ties with the United States.”

The summit was attended by high-level representatives of all 12 members, as well as the European Commission, Germany, the United Kingdom, and the United States, alongside other delegations from other parts of the world.

The summit – the 3SI’s sixth – placed great emphasis on fostering business opportunities for the region. Bulgaria’s vision for the event focused on increasing connectivity within the region, and between the region and the world.

At the top of the agenda was further strengthening the 3SI Investment Fund. Since December 2020, nine member states have pledged to invest, as has the US Development Financial Corporation.

US President Joe Biden, who was connected to the summit remotely, reinforced the US commitment to the region.

“There is incredible potential for increasing cooperation and connectivity among this group that will enhance the security and prosperity of the region and quite frankly benefits the world,” he said.

Biden further promised that “the United States will be an unfailing partner of the initiative”, but also placed an emphasis on the need to fight corruption, “that robs too many nations of the chance to succeed”.

German President Frank-Walter Steinmeier meanwhile hinted that the EU is set to increase its involvement in the project and is to go ahead with integrating 3SI and EU projects.

“With the European Green Deal and the Reconstruction Plan, we have two very powerful tools that allow us to meet the challenges of post-pandemic regeneration while keeping our eyes on the challenges ahead – the transformation to a greener and digital Europe.”

Host Rumen Radev said that he is “optimistic” that Central and Eastern Europe will become more attractive for large-scale strategic investments within the initiative, suggesting sustainable transport, energy, and digital connectivity as key investment opportunities.

Managing Director of the International Monetary Fund Kristalina Georgieva also attended the summit, held in her hometown, and offered a favourable forecast for region.

“We expect that the year 2021 will see the region return to 2019 levels of GDP, ahead of many others in the world.”

Georgieva further added that since the start of the Covid-19 pandemic the economies of 3SI member states had shrunk on average by just four per cent, half the fall registered in Western Europe.

Attracting FDI to the CEE region is a key aspect of the 3SI, which offers its members an investment fund of one billion euros, alongside private initiatives which are said to soon reach five billion euros.

Bulgaria invited Greece to attend the summit for the first time with the status of a guest country, which Greek President Katerina Sakellaropoulou said “adds the Mediterranean to Three Seas Initiative”.

Sakellaropoulou suggested that the geopolitical reality of Greece aligns well with 3SI goals, such as addressing developmental differences within the EU by improving vital cross-border infrastructure, as well as curbing Chinese presence in South-Eastern Europe.

With China’s 17+1 initiative in tatters – Lithuania pulled out in May, and others may follow – and its influence in Central and Eastern Europe on the wane, the 3SI looks like an increasingly viable alternative.