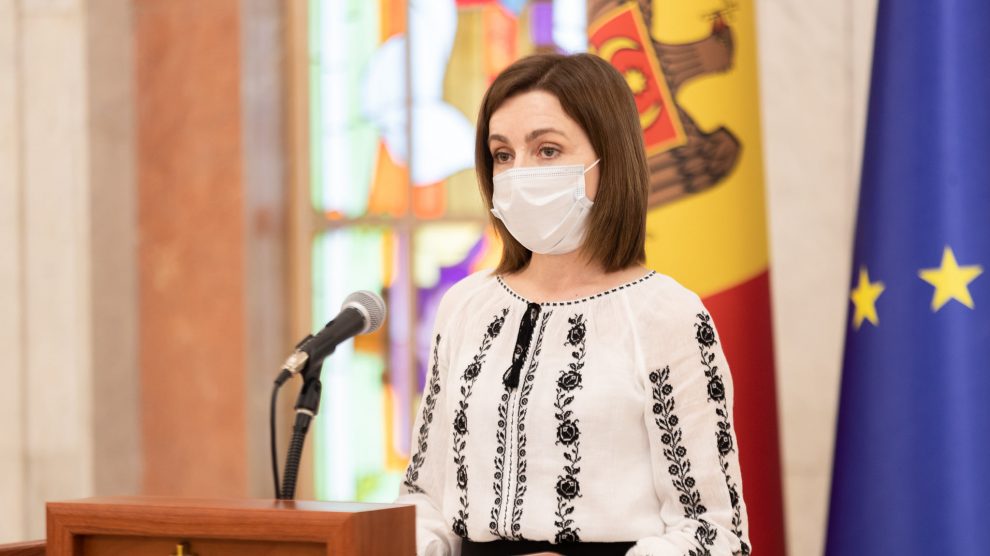 The landslide victory of a pro-European party in Moldova’s parliamentary election has been portrayed as a kick in the teeth for Russian interests in the country. But Romania’s influence in Moldova must also now be called into question.

Maia Sandu, the competent, combative and hugely impressive president of Moldova is one of many people in the country to hold dual Moldovan and Romanian citizenship.

In May, Romania’s Justice Ministry said that almost 650,000 Moldovans possessed Romanian passports, just under one quarter of the country’s de facto population, estimated at 2.7 million people.

How many of these people actually live in Moldova is disputed: the country has a large diaspora, and one of the benefits of a Romanian passport is that it offers holders the automatic right to live and work anywhere in the European Union. In their host countries they are recorded as Romanians, not Moldovans.

Such numbers nevertheless mean that the two countries will always have a tight relationship. But following a parliamentary election on July 11, which Sandu’s Action and Solidarity party (PAS) won by a landslide, the nature of that relationship looks set to change forever.

Until now, Moldova’s future has been lazily portrayed as a straight choice between Russia and Romania, the two regional powers who have dominated its past for more than two centuries.

Historically part of the principality of Moldavia, much of what is today Moldova was handed to the Russian Empire under the terms of the Treaty of Bucharest in 1812, before becoming part of Romania after World War I.

The Soviet Union annexed the territory in 1940, only for Romania to retake it a year later. By the summer of 1944 it was back in Soviet hands, and would remain a Soviet republic until independence in 1991.

In Transnistria, a slither of land populated primarily by Russian speakers in the east of what had been the Moldavian Soviet Socialist Republic but never part of historic Moldavia, independence – viewed as a stepping stone towards unification with Romania – was unwelcome. Following a brief yet bloody war, Transnistrian separatists declared independence of their own.

An uneasy truce prevails to this day. Transnistria is an unrecognised but de facto state over which the Moldovan government in Chișinău exercises no control.

Its continued presence within Moldova’s internationally-recognised boundaries however – as well as Moldova’s large ethnic Russian and Russian-speaking minority – have for more than 30 years been the perfect excuse for Russia to take a strategic interest in the country.

Romania’s own – arguably more legitimate – interest in Moldova has meanwhile been ill-served by a string of Bucharest governments, of all stripes, which for the past 30 years have viewed the country as a junior partner that should be grateful for any scraps it receives.

It has done little beyond offering vague and non-committal promises to assist Moldova in its European ambitions, always with the unspoken assumption that Moldova’s path towards Europe must pass through Bucharest.

Time and again it has backed the wrong horse in Moldovan elections, supporting anyone with claims of being “anti-Russian” even if that meant backing some of Europe’s most corrupt politicians.

Sandu has changed the game.

Her victories in last year’s presidential election and that of her party in Sunday’s parliamentary vote are hers and hers alone: as much as Romanian politicians from all sides have been rushing to congratulate her, they lifted not a finger to help.

Given their track record, this is no bad thing.

As such, while Sunday’s victory has been hailed as the moment when Moldova definitively turned its back on Russia – the joint Communist and Socialist bloc took less than a quarter of the vote – the same can also be said for its attitude towards Romania.

The Alliance for Romanian Unity, the surprise package in Romania’s own parliamentary election last year, received just a handful of votes.

Moldovans voted for Europe: not Romania, not Russia.

This was made possible by a leader who – for the first time in its independent history – does not need a Romanian (or a Russian) to open any doors for her.

She has negotiated a steady supply of Covid-19 vaccines from the European Union, the United States, as well as Romania, and has secured an EU-led economic recovery package worth 600 million euros over the next three years.

Sandu, on current form, is a more capable politician than any in Bucharest. She has much work to do: the country is a mess, by most measures the poorest and one of the most corrupt in Europe.

But in a disinterested Romania’s shadow, it was going nowhere. Now, finally, it has a chance to shine.

Craig Turp-Balazs is the editor of Emerging Europe.