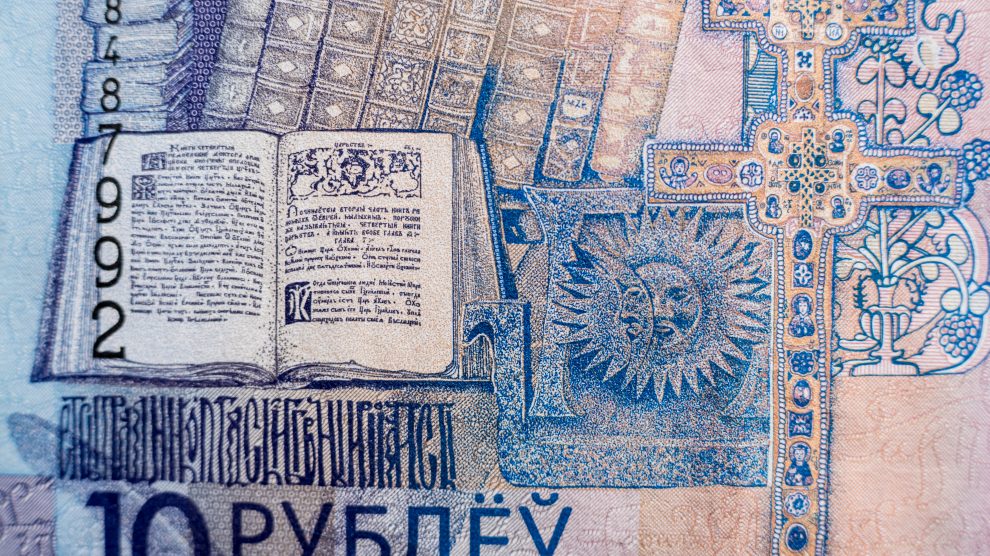 With a resolution to the political crisis in Belarus unlikely in the short-term, the country’s economy faces increasing risks to its stability.

Greater political unrest in Belarus could lead to additional pressure on international reserves and deposit outflows, increasing risks for macroeconomic and financial stability. Alternative sources of financing and cash buffers mitigate near-term financing risks, according to a new report from ratings agency Fitch.

The political crisis that has followed a disputed August presidential election has negatively affected international reserves and banks, which led Fitch to revise the Outlook on Belarus’ ‘B’ Long-Term Foreign-Currency Issuer Default Rating to Negative from Stable in November.

According to the ratings agency, the political crisis retains potential for intensification and creates risks of renewed social unrest, strikes, additional diplomatic tensions with western countries and potentially harsher sanctions beyond those in place, which are aimed at several government officials including the president.

“We expect international reserves to weaken relative to peers in 2021-2022, while reduced domestic confidence will maintain pressure on banks’ liquidity. Further weakening of the Belarusian ruble could negatively affect debt dynamics due to high currency risks as well as banks’ asset quality and capitalisation,” says the report.

There is currently no dialogue between the opposition movement and the government. Large street protests continue, demanding the resignation of President Alexander Lukashenko, a new, free and fair election and the release of political prisoners.

National strikes were attempted in August and more recently at the end of October. However, these have so far failed to gather enough support to disrupt economic activity, especially at the large state-owned enterprises.

President Lukashenko has proposed a constitutional reform process that could rebalance power within the state structure (potentially reducing the power of the presidency in favour of parliament) and limit presidential terms. A process of national consultation is expected, but the opposition movement has so far rejected the idea as a credible mechanism to resolve the crisis.

In Fitch’s view, a near-term resolution to the crisis is unlikely and there remains potential for an intensification of the political crisis. This creates risks of renewed social unrest, strikes, additional diplomatic tensions with western countries and potentially harsher
sanctions.

Fitch’s analysts also believe that the political crisis could lead to increased political pressures on the National Bank of Belarus to support growth and could create uncertainty regarding policy direction and risks for macroeconomic stability improvements in recent years that have stemmed from greater consistency between monetary, wage and fiscal policies.

Belarus fulfilled most of its 2020 financing requirements before August and near-term fiscal and external financing risks are contained due to the availability of alternative sources of financing and cash buffers.

Belarus’ main external creditors, China and Russia (including the Eurasian Fund for Stabilisation and Development, EFSD), account for 74 per cent of government external debt and an average 87 per cent of external debt amortisations in 2021-2022.

New Russia-related financing of 1.5 billion US dollars (including 500 million US dollars from the EFSD) reflects its long track record of financial support for its neighbour. Nevertheless, the bilateral relationship has a record of disputes related to energy and economic integration.

Fitch believes that while strained diplomatic relations with western countries are likely to constrain financing from global/western international financial institutions, Belarus has not relied on the International Monetary Fund (IMF), World Bank and European Commission for budgetary or refinancing purposes in recent years.

Earlier in 2020, Belarus and the IMF did not complete negotiations regarding a Rapid Financing Instrument loan reportedly due to disagreements regarding Covid-19 pandemic control measures.

In what the Belarusian authorities have called an attempt to prevent the spread of the coronavirus, the country last week closed its land borders to its own citizens, a move one opposition news channel likened to the imposition of a new Soviet-style iron curtain.

“The new iron curtain has arrived,” said Nexta Live, a Telegram channel that has become one of the main sources of news about demonstrations in Belarus. It is hostile to Lukashenko and helps to coordinate protests.

Belarus is facing a brain drain, with neighbouring countries from Ukraine to the Baltics wooing people and companies to relocate with fast-track immigration procedures and tax breaks, further threatening the country’s struggling economy.

Earlier this month, Prime Minister Roman Golovchenko said that Belarus would work to stem the exit of talent, saying authorities wanted to prevent an outflow of young people in particular.

On Tuesday, Mrs Tikhanovskaya suggested that Mr Lukashenko’s 26-year reign could be over by the spring. From Lithuania, where she is in exile, she told German newspaper Süddeutsche Zeitung: “Our strategy does not change: pressure, negotiations and new elections.”

“We’re still at the first step — pressure from within and pressure from outside. It would be naive to believe that Lukashenko just leaves,” she said.

“But I can’t predict the future. What matters is the will of the people. I think we can win by spring. But who knows: it might happen next week,” Tikhanovskaya added.