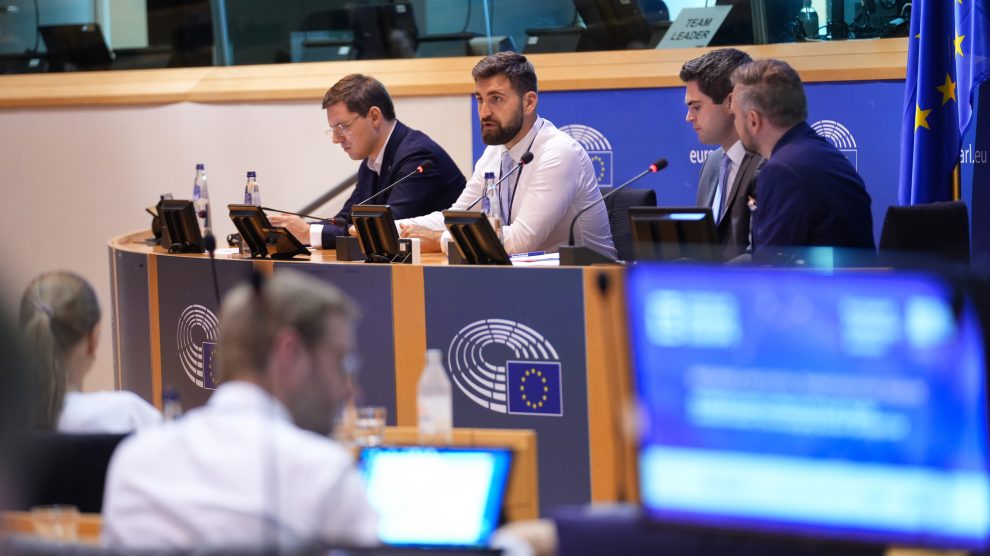 The important role that innovation and the digital transformation can play boosting Europe’s resilience has been highlighted by Russia’s invasion of Ukraine. But how to make emerging Europe’s governments more open to innovation?

It’s by and large gone unreported amid the awful news of war crimes being carried out by Russia in Ukraine, but a key part of Kyiv’s remarkable resistance in the face of Moscow’s invasion has been the resilience of its public sector.

Making sure that salaries, pensions and benefits are paid – and paid on time, even when recipients have been forced to flee their homes – has been made possible by digital infrastructure put in place in recent years by Ukraine’s Ministry of Digital Transformation.

Financial assistance for displaced people for example is available through the Ukrainian government’s much-lauded Diia (which in Ukrainian means “action”) platform, a smartphone app launched in 2020 which acts as a one-stop shop for public services as well as a wallet for digital versions of official documents.

Digital passports and driving licences stored in the app have the same legal status as the originals, crucial when people may have to leave their homes in a hurry, with no time to search for paper documents.

At a summit in Davos last month, Ukraine’s Minister of Digital Transformation Mykhailo Fedorov brought together 12 EU digital ministers and cyber experts, and told them that before the war, Ukraine had dreamt of building the most convenient state in the world.

“And we succeeded,” he said. “All important documents a citizen needs are now on their smartphones. They have the ability to start their own business, pay taxes, or get help in a few clicks – without queues and bureaucracy.”

“We know how to launch new products and services in wartime. We understand that now, probably more than ever, public services have to serve citizens. The digital state must be convenient, easy and humane. Period.”

That the digital state must be convenient, and that it can strengthen a country’s resilience was the topic of a key discussion at the European Parliament on June 22, organised by Emerging Europe and EuroNavigator within the framework of the Emerging Europe Summit and Awards.

The digital state also needs to be inclusive, according to Karlo Ressler, a Croatian MEP. “It must work for people not just in towns and cities, but for those in rural and remote areas too,” he said at the European Parliament session.

Andrey Novakov, a Bulgarian MEP, added that digital transformation needs to be both well funded and well explained.

“So as politicians we need to do a better job in getting our message across, and we have to allocate enough funds to build the kind of digital infrastructure that we need,” he said.

The funding, suggested Victor Negrescu, an MEP from Romania, exists, in the form of the EU’s Covid-19 Recovery Fund.

“Countries are required to dedicate 20 per cent of their recovery funding to the digital transformation, and most have done so,” he said. “In total, that’s around 120 billion euros across the EU.”

This, Negrescu suggests, is a huge opportunity, not least for the public sector, which will benefit from around 40 per cent of that funding.

Novakov agrees: “[Governments] maybe have more funding available than they have ideas. We need to learn from the private sector,” he said, also pointing out there is more innovation in the US where there is no public funding for start-ups. “This suggests the problem is institutional,” he said.

“In Europe we rarely see researchers becoming entrepreneurs,” said Balázs Fürjes of EIT Health, whose InnoStars initiative is trying to change that by offering support to healthtech start-ups looking bring their innovations to market. “We need to see more exit-proven entrepreneurs.”

“A couple of years ago we were talking about introducing coding in schools. Some did, but not everywhere. Now, we need to talk about introducing robotics and AI in schools if we want to catch up with South-East Asia,” said Negrescu, while Ressler concluded: “We have a generational opportunity.”

Sir Malcolm Rifkind: ‘Zelensky is the new Mandela’
‘If a new Iron Curtain is descending, it must land at Russia’s border, not across its neighbours’
Comment