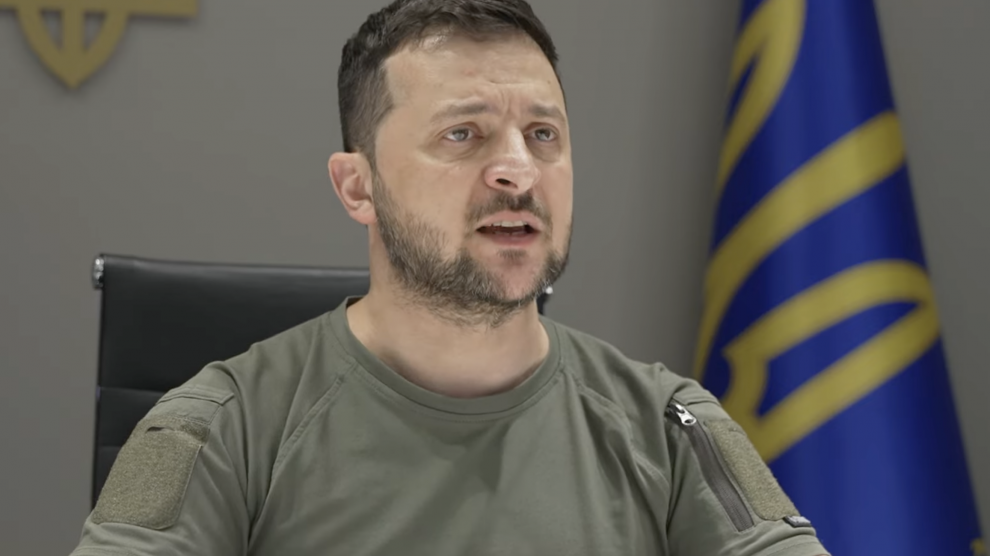 Just days after Ukraine was given candidate status by the European Union, the Three Seas Initiative has also restated its commitment to Kyiv.

Initially dismissed by many as a talking shop that would have little impact on the real world, the Three Seas Initiative, also known as the 3SI, is becoming increasingly relevant.

Launched in 2016, the 3SI wants to facilitate the development of energy and infrastructure ties among the 12 nations – all EU members – that make up its current cohort (Austria, Bulgaria, Croatia, Czechia, Estonia, Hungary, Latvia, Lithuania, Poland, Romania, Slovakia, and Slovenia), while strengthening trade and political cooperation among countries bordering the Adriatic, Baltic and Black seas.

It’s a problem that the 3SI wants to help solve.

While concrete evidence of the 3SI’s impact remains thin on the ground, there is movement in the right direction.

It now has its own investment fund, enjoys strong support from the United States, is increasingly viewed by the United Kingdom as way of boosting its influence in the region, and has other countries interested in membership beyond the current 12 states.

One of these is Ukraine, which at the 3SI’s latest summit in Riga, held on June 20, was offered “a new kind of partnership”, according to Polish President Andrzej Duda, one of the founders of the initiative.

His Romanian counterpart Klaus Iohannis said that the partnership could also be offered to other countries with a European perspective, such as Moldova and Georgia.

Opening the summit, Latvian President Egils Levits underlined the importance of “exploring the best ways to connect Ukraine with the rest of Europe”.

“If a new Iron Curtain is descending, it must land at Russia’s border, not across its neighbours. Today, Europe is incomplete without Ukraine. The European Union rebuilt Europe after World War II, and after the Cold War. Now it must continue this work for peace and freedom,” Levits said.

The Ukrainian president, Volodymyr Zelensky, who addressed the summit via video link, said that Ukraine “should be” a member of the 3SI.

“It is not right that our country is outside of this wonderful initiative,” emphasising the importance of logistics.

Russia’s blockade of Ukraine’s Black Sea ports has made it difficult for Kyiv to export grain, around 75 per cent of which was shipped to external markets by sea before the war began. Poor infrastructure links – notably the different railway gauges used by Ukraine and Poland – have made finding alternative routes difficult.

“It is the Three Seas Initiative states that are our connection with the free world. The supply of weapons to Ukraine, the supply of fuel, transport flows, green corridors for the export of Ukrainian food, the migration of people – all this works through the territory of the states participating in this initiative,” Zelensky said.

The Ukrainian president also pointed out that the relationship would be mutually beneficial, reminding those assembled in Riga that Ukraine has one of the largest gas storage facilities in the region.

In March, Ukraine’s electricity grid – as well as that of neighbouring Moldova – was synchronised with the Continental European Grid, initially to Hungary with connections to Slovakia and Romania to follow.

This should help Ukraine to keep its electricity system stable, and its lights on as it continues to defend itself against Russia’s invasion of the country. The move will allow energy suppliers from across the Continental European Grid (the world’s largest, serving over 400 million consumers) to supply electricity to Ukraine and Moldova should the need arise.

But it also opens up the possibility for Ukraine to export electricity generated by its nuclear power stations.

“Using interconnectors, Ukraine can meet the [energy] needs of all countries of the Three Seas initiative. Our electrical exports can become our contribution to the energy security of your countries. And it will help you become independent from Russian energy,” Zelensky said.

Other takeaways from the summit included a new pledge of 300 million US dollars from the United States for the 3SI investment fund, a move announced by Scott Nathan, CEO of the US International Development Finance Corporation.

“We are here to demonstrate the commitment of the US to the 3SI region as it’s a vital time to show that support given Russia’s aggression to Ukraine,” said Nathan.

“In a single generation, the 3SI region has closed half of the development gap with Western Europe, thanks to its people, innovation, and hard work,” she said.