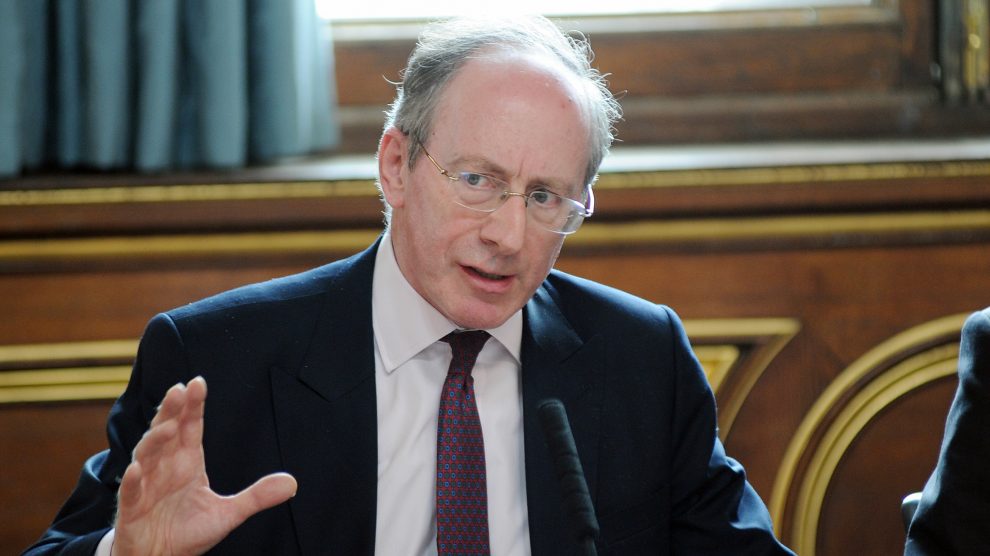 Former UK Foreign Secretary Sir Malcolm Rifkind has praised the resilience of the Ukrainian people and the country’s leader, Volodymyr Zelensky, comparing him with Nelson Mandela for his ability to inspire ‘millions’.

Former UK Foreign Secretary Sir Malcolm Rifkind has told Emerging Europe that he is “surprised and exhilarated” by the way in which Europe, the US, and the UK have responded to Russia’s invasion of Ukraine.

Speaking via video link at the Future of Emerging Europe Summit and Awards, where he was named this year’s recipient of the Günter Verheugen Award for his contribution to the social, economic and democratic development of the region, Sir Malcolm said that, “I am wonderfully surprised and exhilarated by the way in which on this occasion, Europe, the United States, the United Kingdom, have not only been very resilient and much involved but have done things that would not even have been proposed six or seven years ago following the annexation of the Crimea and the beginning of the separatist movement in the Donbas.”

Admitting that he was “incredibly touched and moved” to receive the award, he said that he had always taken a very special interest in the countries of Central and Eastern Europe, partly for personal reasons: he was born in Edinburgh to a family that emigrated to Britain in the 1890s from what is today Lithuania.

A staunch friend of CEE

As a junior minister of state in the foreign office in the early 1980s, Sir Malcolm held responsibility for UK relations with Central and Eastern Europe and the Soviet Union, visiting the region on numerous occasions – perhaps most memorably Poland in 1984, where he met with representatives of the (then banned) Solidarity movement, but not the country’s leader, General Jaruzelski

“I had said that I would meet Solidarity on that trip, despite the organisation being banned, and after I had done so, Jaruzelski – who I think had been planning on seeing me – said that he would not be receiving me after all,” Sir Malcolm said.

It would be the last time that Poland’s communist leaders snubbed visiting western politicians for their links with Solidarity.

“The week after my visit Hans-Dietrich Genscher, West Germany’s vice-chancellor, was also due in Warsaw,” Sir Malcolm added. “Following my own meeting with Solidarity he made it clear that he too wanted to meet its leaders, which forced the Polish government into realising that if it were to continue receiving western politicians, meetings with Solidarity would have to be part of the programme.”

A few months later the ban on Solidarity was lifted.

Sir Malcolm referred to the 1980s as an “extraordinary time”, recalling that at the same time as his Poland trip, he was working with Margaret Thatcher to arrange the visit of Mikhail Gorbachev to the UK.

“A historic visit as it turned out, as she famously said afterwards that he was someone she could do business with.”

Later, after the fall of communism, Sir Malcolm became an advocate for swift European Union expansion to the east. He had been involved in the early stages of creating the European Single Market, and was well aware of the benefits it could bring to the countries of emerging Europe.

Asked about how the region has progressed since then, he was effusive in his praise.

“It’s turned out dramatically better than anything that seemed likely in the 1980s, when these countries were all still part of, or under the influence of, the Soviet Union,” he said.

“What we see today is that not only are they independent countries, members of the European Union and NATO by their own choice, but the correction of a historic wrong.

“These are countries that resumed, or first gained their independence after World War I, but which was cruelly interrupted first by Hitler, and then by the Soviet Union. So what happened at the end of the 1980s was the restoration of true independence, something that has transformed the lives of the tens of millions of people who live in those countries and helped them restore their historic destiny.”

While highlighting the crucial role of Thatcher and the US President Ronald Reagan, Sir Malcolm is also keen to point out that Gorbachev too deserves credit.

“You needed someone in Moscow prepared to accept not just the inevitability and desirability of these countries resuming their independence, but allowing it to happen in an overwhelmingly peaceful way.”

Sir Malcolm admitted that the dissolution of the Soviet Union itself, which became 15 different countries, still has repercussions today, particularly in Ukraine.

In 2014, by then chairman of the UK parliament’s Intelligence and Security Committee, Sir Malcolm was deeply critical of the muted western response to Russia’s invasion of Ukraine’s Crimea and Donbas regions in 2014, warning that robust economic sanctions needed to be introduced as a deterrent.

It was a prescient point of view: most western policy makers now agree that if meaningful action had been taken against Russia in 2014, it would not have been in a position to launch a full-scale invasion of Ukraine in February 2022.

“Nobody now is in any doubt that Putin is a bad man,” Sir Malcolm said. “It wasn’t even the Russian government that took a collective decision to invade, it was the decision of one man: one man who has more power in that country than anyone since Stalin.”

It is a decision, Sir Malcolm suggested, that Putin now regrets, calling it “a terrible strategic mistake”.

“Not only have we seen the resilience of the Ukrainian people under their government, with Zelensky as the new Mandela, one man who by his own personal strength and integrity has inspired millions outside of Ukraine to see this as a just war he and his people are fighting against an unjustified invasion, but we now have this extraordinary irony that a direct consequence of the invasion has been the enlargement of NATO.”

Sir Malcolm added that the addition of Sweden and Finland to the alliance would have a “profound” impact on the security of the Baltic states.

“Reinforcing the Baltics would have been difficult in case of any aggression against them, in that the only means of doing so would have been through the Suwałki Corridor between Belarus and Kaliningrad,” he said.

“Now, almost the entire Baltic Sea will be a NATO sea. It’s one of the direct consequences of the strategic genius of Putin.”