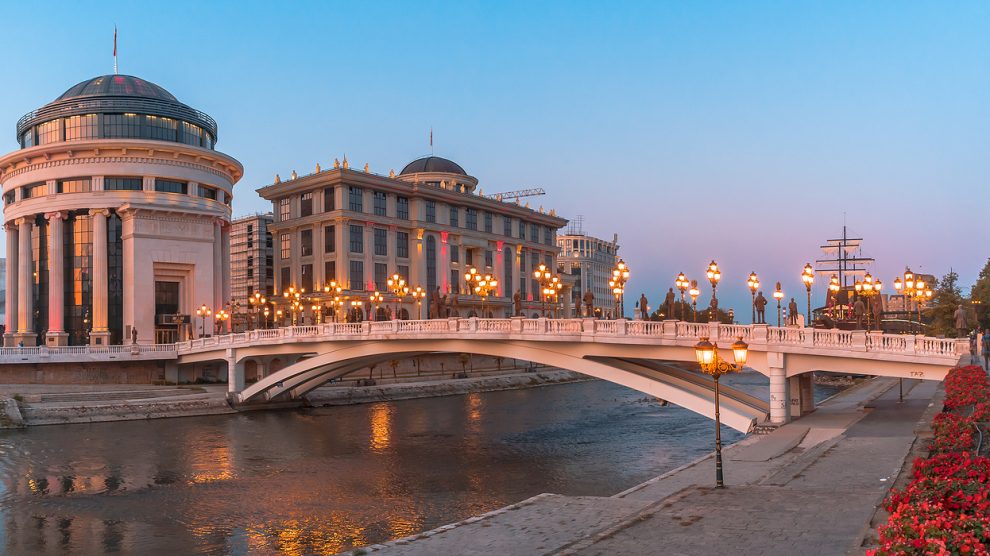 A deal between Bulgaria and North Macedonia should see Sofia drop its veto preventing Skopje – and Tirana, which has been caught in the crossfire – starting EU accession talks. Formal membership negotiations could begin as early as this week.

MPs in North Macedonia voted on July 16 to back a controversial French-brokered deal that aims to settle a dispute with Bulgaria and open the way for EU membership talks.

Despite a walkout by members of some opposition parties, the deal – which would see North Macedonia commit to changing its constitution to recognise a Bulgarian minority, and undergoing an annual review by EU institutions of its relations with Sofia – was backed by 68 of the country’s 120 MPs.

Just a day later, the foreign ministers of North Macedonia and Bulgaria signed a formal, bilateral protocol to work on resolving their numerous disputes and move Skopje on to what it hopes will be eventual EU membership.

For North Macedonia, Bulgaria’s veto – which now looks set to be lifted – is not the first time that a neighbouring country has stood in the way of its Euro-Atlantic integration.

A long-standing naming dispute with Greece previously prevented the country from joining NATO and beginning its EU accession process. That particular dispute was finally resolved in 2018 with the signing of the so-called Prespa Agreement, in which Macedonia consented to change the name of the country to North Macedonia.

The agreement was equally unpopular in Greece and in Macedonia, but two years later, in 2020, the Western Balkans nation joined NATO.

Bulgaria, which has been an EU member since 2007, then insisted however that North Macedonia formally recognise that its language has Bulgarian roots, acknowledge in its constitution a Bulgarian minority, and renounce what it said was “hate speech” against Bulgaria.

Albania, whose EU accession is twinned with North Macedonia’s, has been caught in the crossfire. Although there has been some talk of the EU decoupling Albania from its neighbour, the EU never seemed willing to take such a drastic step.

Since then, however, progress for both countries has been at a standstill. That now looks set to change.

According to North Macedonia’s foreign minister, Bujar Osmani, the vote in parliament and bilateral deal represent “a historic opportunity”.

“For 17 years we have had the status of candidate country, but now the Republic of North Macedonia has the opportunity to start negotiations with the EU as early as tomorrow,” he said.

“This is the end of a difficult process that the governments of our two countries have been working on, despite countless internal and external obstacles,” said Bulgaria’s outgoing prime minister, Kiril Petkov.

Making too many concessions to North Macedonia was one of the reasons cited by Bulgaria’s opposition in bringing an ultimately successful motion of no-confidence in Petkov at the end of June. Since then, no Bulgarian party has been able to form a new government, making a new election – a fourth in less than 18 months – likely.

US Secretary of State Antony Blinken meanwhile welcomed the deal, applauding “the difficult tradeoffs considered in this compromise, which acknowledges and respects North Macedonia’s cultural identity and the Macedonian language.”

Not everyone in North Macedonia is happy with the deal, however.

Thousands of people have been protesting for weeks in Skopje against the compromise. The nationalist opposition party, VMRO-DPMNE, which has led the protests, says the deal endangers the Macedonian language and identity.

How ambitious reform can boost growth in Poland
Zelensky calls bombing of Vinnytsia ‘terrorism’: This week in emerging Europe
Comment