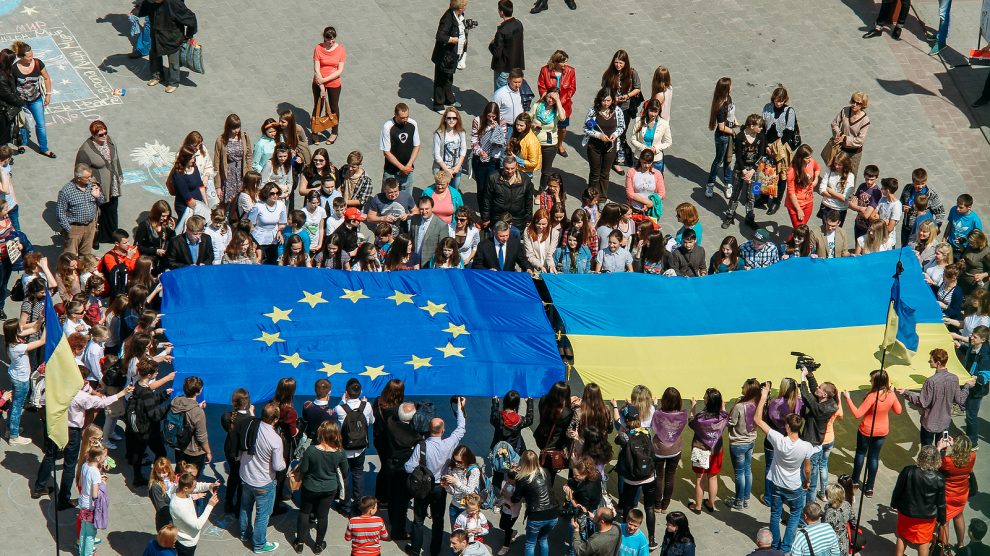 While Ukraine and Moldova have both been granted EU candidate status less than four months after applying for membership – a process that usually takes 18 months – neither should expect any further special treatment.

For Ukraine and Moldova, the European Commission’s announcement on June 17 that it was recommending the two countries be officially recognised as candidates for European Union membership has been hailed as a key victory in both Kyiv and Chișinău.

While candidate status falls well short of the “fast-track” to full membership that Ukraine’s president, Volodymyr Zelensky, as well as several EU leaders from Central and Eastern Europe, led by Polish President Andrzej, had been calling for in recent months, it nevertheless serves a key purpose, signalling to both Ukraine and Moldova that they have a clear path towards the EU.

It also sends a clear signal to Russia that the future of both countries will not be decided in Moscow.

“This decision will certainly bring our victory closer,” said Zelensky, who the previous day welcomed the leaders of France, Germany, Italy, and Romania to Kyiv.

Russia’s full scale invasion of Ukraine, which began on February 24, was only four days old days when Ukraine signed an official request to join the EU, a move that was followed within days by Moldova and Georgia, two other countries which both have territory occupied by Russia.

The granting of applicant status usually takes a minimum of 18 months from the moment that an application is filed; that it has on this occasion been done in less than four months suggests special treatment. But the Commission has now made it clear that the accession process – from here on in – will based on established criteria and conditions, and that neither Ukraine nor Moldova will be allowed to take any more short cuts.

Both have also been told that progress towards full membership will be based on merit, and that steps towards the EU “can be reversed” if underlying conditions are not met.

Ukraine has already implemented roughly 70 per cent of the EU acquis – the rules and standards expected of a full member – and has a robust presidential-parliamentary democracy. It has a well-functioning public administration that has kept the country running during this war, “something we know that because we work very closely with the Ukrainian administration,” according to Commission President Ursula von der Leyen. “It has a vibrant and active civil society, and an electoral system that has proven to be fair and free.”

Moldova has also taken a decisive step towards reform since electing Maia Sandu as president in 2020. Its government, in turn last year, has a clear mandate from its citizens, “and it too is on a real pro-reform, anti-corruption and European path for the first time since independence,” says von der Leyen.

For Georgia, which was also hoping to be recognised as a candidate, the news last week was less welcome: while its application “had strengths”, in particular the market orientation of its economy, with a strong private sector, “the country must now come together politically to design a clear path towards structural reform and the European Union,” says von der Leyen.

Olivér Várhelyi, the EU enlargement commissioner, called for an end to Georgia’s political polarisation, as he listed a series of reforms Tbilisi needs to carry out to gain candidate status.

These include judicial reform, the creation of an independent anti-corruption agency, intensifying the fight against organised crime and greater protection of media freedom.

While Georgia now heads back to the drawing board, for Ukraine and Moldova attention turns to the European Council meeting on June 23 in Brussels.

The European Commission’s recommendation that the pair be made candidates for membership will mean nothing unless the council – made up of the EU’s 27 heads of state and government – agrees, and agrees unanimously: one veto would be enough.

This now looks increasingly unlikely, however. Those countries hitherto reluctant to make Ukraine and Moldova candidates, a group which until last week included France and Germany, now appear to realise the important boost that status will offer both countries, Ukraine especially. The Netherlands, another ditherer, has also come on board with the idea.

Foreign minister Wopke Hoekstra confirmed as much after a cabinet meeting on June 17.

“It is about sending out a signal that we won’t leave Ukraine by itself,” Hoekstra told reporters. “The European Commission’s proposal does justice to the situation in Ukraine and so we are going to do this.”

All current EU members are well aware of the fact that should the need arise, there will be plenty of opportunities in the future to block further progress towards full membership, the first of which will be when the pair wish to begin accession talks.

Of the five other nations that have EU candidacy status – Albania, North Macedonia, Montenegro, Serbia and Turkey – only two (Serbia and Montenegro) are currently involved in accession negotiations. Talks with Turkey have been stalled since 2016, while Bulgaria is currently blocking North Macedonia from starting accession talks (and by association, Albania).

According to the BBC’s Brussels correspondent Jessica Parker, von der Leyen insistence that Ukraine and Moldova’s accession process would be done “by the book” was potentially to signal to countries who have long been in the waiting room that they won’t be unfairly leapfrogged.

Croatia was the last country to join the EU, in 2013, and although its economy, political system and judiciary were far more aligned with Brussels when it began accession negotiations, the process still took 10 years.