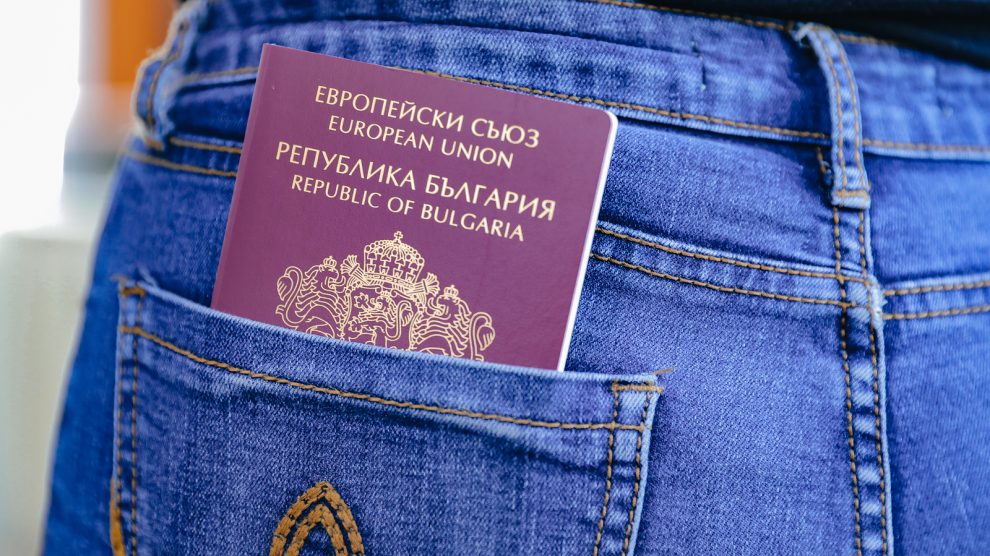 State-owned PKN Orlen, Poland’s largest oil refiner and petrol retailer, this week agreed to sell a number of assets belonging to fellow Polish refiner and retailer Lotos Group in order to meet EU conditions for the merger of the two energy firms. Saudi Aramco will buy a 30 per cent stake in the refining subsidiary of Lotos, for around 1.15 billion złoty (243 million euros), while the Hungarian MOL Group is to purchase its 417 Polish petrol stations for 610 million US dollars.

The European Union is preparing to withhold budget payments to Poland for refusing to comply with a 500,000 euros-a-day fine. The total amount Warsaw owes is now more than 50 million euros. The European Commission has sent Warsaw three requests for payment and informed the government that a late fee would begin accruing as well, according to a commission spokesperson. The block could happen within the coming days or weeks. The European Court of Justice ordered the financial punishment in September after Poland failed to comply with a ruling to shut down its Turów lignite mine, which Czechia says is draining water reserves from the border region.

Hungary’s president this week called a parliamentary election for April 3, in which the country’s long-serving prime minister, Viktor Orbán, will face the challenge of a united opposition for the first time. President János Áder announced the date of the election – the earliest allowed – and also confirmed that a referendum on LGBT+ issues proposed by Orbán’s Fidesz party would be held on the same day. Orbán, who has served as prime minister since 2010, will be up against Péter Márki-Zay, the mayor of Hódmezővásárhely, a small town in southern Hungary.

Protesters opposed to Bulgaria’s Covid-19 restrictions clashed with police in front of the parliament building in Sofia on Wednesday as the country notched up a record number of infections from the virus. Protesters were able to break through a police cordon in the unrest and make it to the stairs of parliament before being pushed back. Eight police officers were injured, the Interior Ministry said. Some protesters then moved to the Council of Ministers building and the Ministry of Health but were contained by police.

Bulgaria’s new government meanwhile on Wednesday passed a bill aimed at getting rid of “golden passports”, a programme that allows people to become citizens in exchange for large investments. The European Commission has repeatedly expressed concern about this practice and launched infringement proceedings against Malta and Cyprus over it. In June 2021, Brussels sent a letter to the Bulgarian authorities asking them to abolish such passports of convenience. Foreigners investing the minimum sum of one million leva (500,000 euros) can obtain a permanent resident title.

The United States and NATO rejected key Russian security demands for easing tensions over Ukraine but left open Wednesday the possibility of future talks with Moscow on arms control, missile deployments and ways to prevent military incidents between Russia and the West. The decisions came at a meeting of the NATO-Russia Council, the first of its kind in over two years. Russian President Vladimir Putin wants NATO to withdraw its troops and military equipment from countries that border Russia, which include Ukraine but also NATO allies like Estonia, Latvia and Lithuania. Putin also asked for the 30-nation military alliance to agree not to admit any more members.

Moldova’s gas distribution company, Moldovagaz, says it has paid Russian state-owned gas giant Gazprom for natural gas supplied in December as the country struggles to pay for higher energy prices. “Moldovagaz has transferred the full payment for natural gas supplied in December 2021 to Gazprom,” the company said in a statement on Thursday. Some observers say Russia is using energy against the impoverished country sandwiched between EU member Romania and Ukraine for electing pro-Western President Maia Sandu in 2020 in a vote that rejected Russia-backed incumbent Igor Dodon.

Lithuania is lobbying for tighter European Union sanctions on Belarus’s potash industry as record-high fertiliser prices further benefit the regime of President Alexander Lukashenko. In June, the EU imposed restrictions on selected products of state-run Belaruskali OAO, which raised prices for other products that continue to trade, Lithuanian Foreign Minister Gabrielius Landsbergis said. EU sanctions potash from Belarus with potassium content of less than 40 per cent or more than 62 per cent. While those grades made up only about a fifth of Belarusian potash sales to the bloc in 2020, Belaruskali’s main product was potash with 60 per cent potassium content. That wasn’t covered in the restrictions.

Estonia’s Bolt — the start-up and app of the same name that operates on-demand ride hailing, shared cars and scooters; and restaurant and grocery delivery — has raised 628 million euros, at a valuation of €7.4 billion. It will be using the funds to continue expanding to new geographies and to bring more consumers and partners to its “super app”; and newer business lines, such as its 15-minute grocery delivery option Bolt Market, will be building out “dark stores” in more cities to expand the service beyond the 10 where it’s active today.

Europe needs to stand up to China’s “illegal” pressure on Lithuania and foreign companies operating there or risk damage to the international trade system, according to the Baltic country’s foreign minister. Gabrielius Landsbergis told the Financial Times that China had escalated its conflict over Lithuania’s ties with Taiwan to include harassment of European companies which use Lithuanian-made components. Lithuania is at the centre of a geopolitical row after Vilnius allowed Taiwan to open a representative office in its own name, rather than the usual evasion of calling it after its capital city, Taipei.

Taiwan meanwhile has substantially stepped up its financial pledges to Lithuania with a one billion US dollars credit fund to bolster the country in its showdown with China. The initiative came on Tuesday, just days after Taipei announced a 200 million US dollars fund to invest in strategic sectors in Lithuania. Taiwan’s companies are the largest players in the global supply chain of microchips, a sector where the EU has proved a laggard.

European Union action has had little impact in advancing fundamental rule of law reforms in the Western Balkans, according to a special report published by the European Court of Auditors (ECA) this week. While some technical and operational reforms have taken place in the region, in a context of insufficient political will and a lack of engagement, EU support has been largely insufficient to tackle persistent problems in areas such as the independence of the judiciary, the concentration of power, political interference, and corruption, the auditors say.

European Commission President Ursula von der Leyen is being asked to investigate an EU official’s alleged role in assisting Bosnian Serb leader Milorad Dodik’s separatist escalation in Bosnia and Herzegovina. In a letter addressed to von Der Leyen released on Wednesday, members of the European Parliament (MEPs) wrote that a leaked document suggests that EU Commissioner for Neighbourhood and Enlargement Olivér Varhelyi “openly colluded [with Dodik] in potentially breaking up Bosnia and Herzegovina”.

Montenegrin police have seized nearly half a ton of cocaine reportedly hidden in a banana shipment, officials and media said on Thursday. More than 400 kilos (880 pounds) of the drug were found in a warehouse in the capital Podgorica on Wednesday, the official RTCG television said. Deputy Prime Minister Dritan Abazović hailed the seizure on Twitter without revealing any details. Authorities said an investigation has been launched. “This was the second large cocaine seizure in five months,” said Abazović. “We continue the joint fight against drug cartels.”

The Albanian government said on Tuesday that it would hire a US company to bolster its cybersecurity following a large leak last month. The country and Virginia-based Jones Group International signed a memorandum of understanding in the Albanian capital of Tirana “on strengthening security of the digital systems,” Prime Minister Edi Rama said. In December, the personal information of some 690,000 people, including identity card numbers and employment and salary data, was leaked from a government database of state and private employees.

Kazakh authorities say they have detained nearly 1,700 more people during the past 24 hours for their alleged participation in anti-government protests that rocked the former Soviet nation last week. The 1,678 arrests reported on Wednesday by authorities in Almaty, the country’s largest city and the site of the most violent clashes during the unrest, brought the total number of people detained to about 12,000 since the demonstrations started on January 2. On Wednesday, President Kassym-Jomart Tokayev declared the Russian-led CSTO alliance’s peacekeeping mission in Kazakhstan complete, with CSTO forces expected to leave over the next 10 days.

Turkmen President Gurbanguly Berdymukhammedov has ordered the National Security Ministry to impose further controls on the internet in the tightly controlled Central Asian nation, which is already known for having the world’s slowest and most expensive service. Berdymukhammedov said at a televised session of the State Security Council on January 12 that “control over the internet had not been properly conducted in 2021.” He ordered the National Security Ministry to focus more on people who post on social networks “ideas damaging to Turkmenistan’s constitutional structures, actions that disrupt social order, and propagate terrorism, extremism, ultra-nationalism, and other illegal activities.”