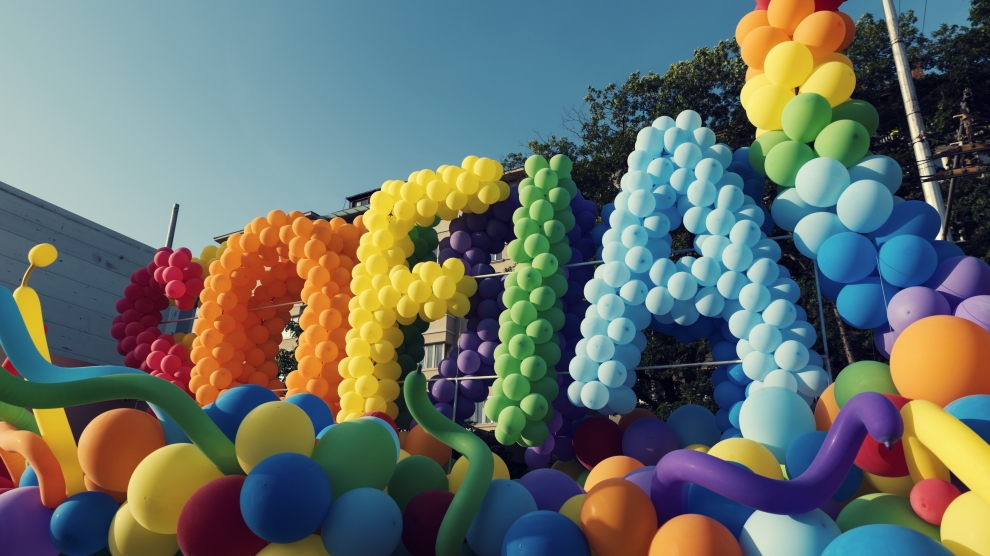 LGBT+ people have once again become the scapegoat of the Bulgarian government, but the community keeps fighting for a normal existence in the country.

Extreme demonisation of the country’s LGBT+ community first began in 2018, and surrounded public discussions regarding the ratification of the Istanbul Convention. Now, amidst the current anti-governmental protests in Bulgaria, LGBT+ individuals have once again found themselves at the centre of controversy.

Bulgaria legalised homosexuality in 1968, decades before most other countries in emerging Europe. Despite this early win for equality, topics surrounding sexuality and gender remained obscure in the country until the collapse of its communist regime. Even then, newly established LGBT+ organisations faced opposition similar to that seen in most of the Orthodox Christian societies of emerging Europe.

But it was the possibility that Bulgaria might ratify the Istanbul Convention that sent certain segments of society into a frenzy. Perhaps more so than ever before.

The Istanbul Convention is a European Council human rights treaty aimed at preventing violence against women and domestic violence. According to Ruzha Smilova, a political theory lecturer and a researcher at Sofia University, in an article for the Oxford Human Rights Hub, one major reason for the strong retaliation to the convention was something as simple as an unfortunate translation.

The decision to use the English word “gender” instead of a Bulgarian word with the same connotation in the translation of the document led to confusion, fear, and anger amongst those with socially conservative views and little knowledge of LGBT+ issues. Just like that, “gender” took on a new meaning in the Bulgarian vernacular and overnight became a slur aimed at non-binary, gender-nonconforming, or at times even any person perceived to be LGBT+.

This recently created slur also gave a name and identity to an anti-establishment, anti-globalist movement that had been forming in Bulgaria for a while, inspired and fueled by similar beliefs emerging from the West. Over the last few years these groups have been recipients of considerable funding from US-based evangelical organisations.

This rather new, for Bulgaria, expression of socially conservative values also brought about new ways of demonstrating these beliefs. The anti-“gender ideology” groups began using mass social-media campaigns to organise the first of a kind of what was referred to as ‘family marches’ aimed at protecting traditional family values, which attracted thousands of attendees across five major cities.

In 2020, the hot topic of “gender” was for a time replaced – first by the Covid-19 outbreak and then by the anti-government protests that will soon be entering their 11th week. It seems, however, that the nationalist and populist IMRO party, which currently forms a coalition in parliament with the ruling GERB party of prime minister Boyko Borissov, is keen to bring the topic back into the public sphere, as a means of increasing its political legitimacy.

Last month, Bulgaria’s deputy prime minister for public order and security, minister of defence and leader of IMRO Krasimir Karakachanov spoke out against the anti-government protesters in front of media representatives in the Black Sea port city of Varna.

“We cannot let a few Sorosoid NGOs and small parties, that are not even in the parliament, get in power and destroy the country. In the name of what? To introduce gay marriage and to create a gender republic,” he said.

Not long after the incident, Prime Minister Borissov announced that to appease the public and “to restart the state”, a new constitution is to be drafted. The leader of IMRO took this as an opportunity to once again bring up the topic of LGBT+ rights in a Facebook post addressing the situation: “I am certain that IMRO will defend its position on strengthening family values and marriage as a union between a man and a woman, as well as placing the family at the core of all normative documents related to the rights of children. The institution of marriage should be guaranteed and the protection against the introduction of a third, fifth, or a 30th gender should be explicit.”

In regard to the suggested reintroduction of compulsory military service for men, Karakachanov wrote: “This is one of the ways we will get our children away from the dangerous influence of gender ideology.”

As a response to Karakachanov’s initial attempt to associate the anti-government protesters with LGBT+ rights activists, four of Bulgaria’s most prominent NGOs working in the field – the Sofia Pride Organisational Committee, Bilitis, Deystvie, and GLAS Foundation – sent a letter to the National Commission for Protection Against Discrimination calling for a condemnation of Karakachanov’s statement.

“It uses the widespread societal prejudices towards LGBT people to incite negative public attitudes towards the protests. We find this exploitation of homophobia and transphobia to be unethical and unacceptable.” 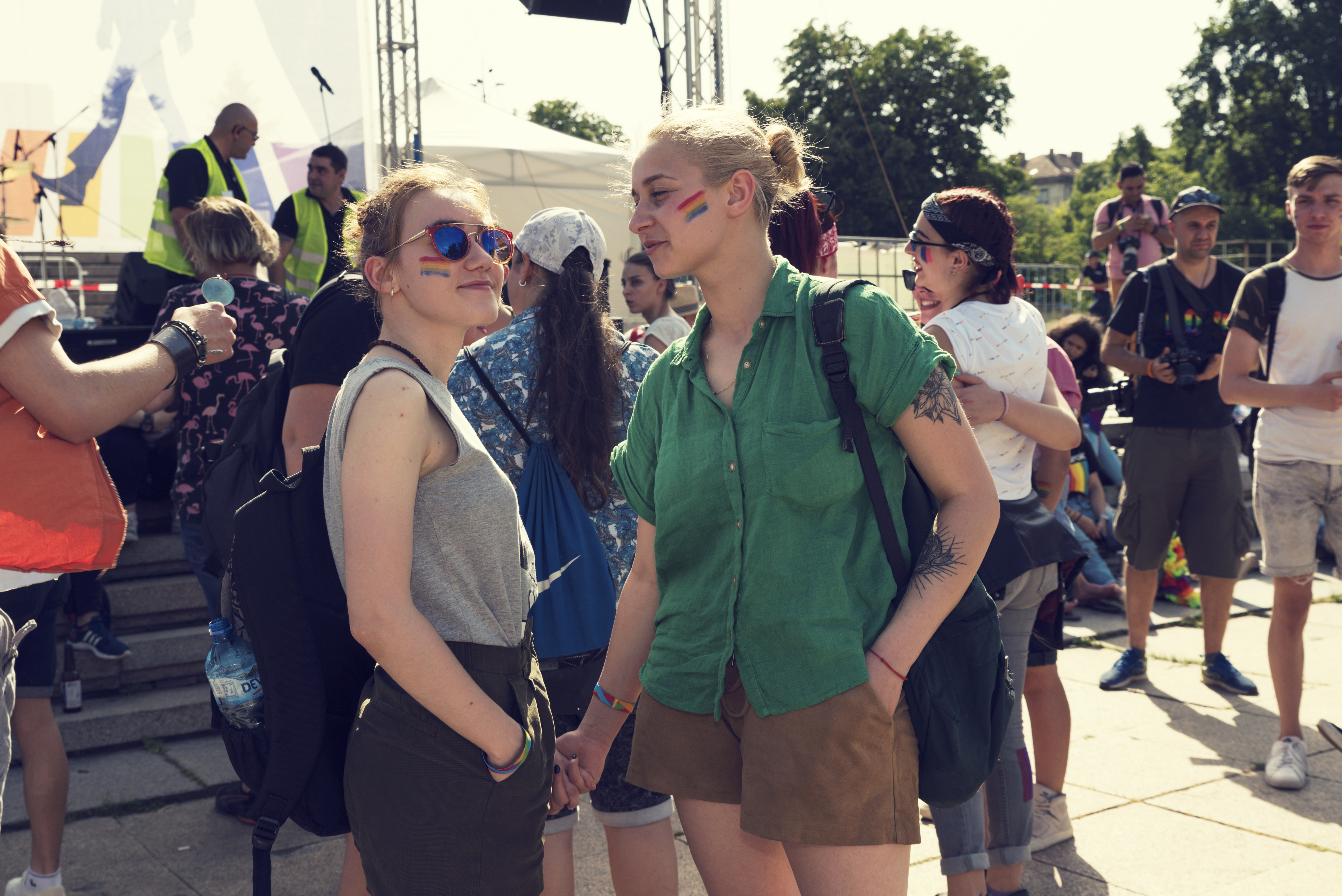 Liliya Dragoeva, executive director of the Bilitis Foundation, tells Emerging Europe: “When a politician of such a high standing makes statements of this kind, it is imperative for the institutions dealing with protection against discrimination to take action. This is why my colleagues and I decided to prepare an open letter reminding the Commission for Protection against Discrimination what its functions are.”

Dimitar Bogdanov, co-founder of the GLAS Foundation, adds: “The letter to the commission is not the first time GLAS has publicly objected to the incitement of hatred towards LGBT+ people in Bulgaria. In response to the exploitation of prejudice by Bulgarian politicians, just before the European Parliament elections in 2018, GLAS and our colleagues from Sofia Pride came up with the slogan ‘Don’t give power to hatred.'”

Bogdanov also says that a number of previous reports of hate speech made by the foundation have been completely ignored.

“Once we even had to take the Commission for Protection Against Discrimination to the Supreme Administrative Court, just so they are obliged to do their job and consider our case.”

Despite the continuous exploitation of anti-LGBT+ sentiments by right-wing organisations and political parties, the efforts of the frequently-attacked NGOs do seem to be paying off. While it might not seem that way at first glance, for middle class, educated Bulgarians the acceptance of LGBT+ people is becoming increasingly normalised and even expected.

Major strides were made in 2019, when the country’s biggest-ever Pride took place, attracting almost 6,500 participants and well-known performers such as the mainstream Bulgarian singer Galena and Eurovision winner Netta. After some initial push-back, 2019 also saw the first LGBT+ exhibition outside the capital Sofia – #BALKANPRIDE, which successfully took place in Plovdiv.

That same year a same-sex marriage was recognised by a Bulgarian court for the first time, which ruled that the Australian citizen Kristina Palma, married to the French citizen Mariama Dialo, is legally allowed to live, work and travel in Bulgaria for an indefinite period, as the spouse of a European Union passport holder.

Vijay Arjuna, a business owner and a remote-working employee of a Miami-based firm, who is also a transmasculine non-binary Bulgarian, tells Emerging Europe: “It is still difficult for transgender people to change their documents or to undergo a legal hormone therapy (in Bulgaria). I don’t think life has improved for trans and non-binary people, I don’t think you can be ‘out’ at work and so on. I live here (in Sofia, Bulgaria) because of friends and family and I mostly just interact with other LGBT+ people living in the country. What has improved in recent years is that there are a lot more activists and activist groups who are constantly working on projects outside of governmental institutions.”

A spokesperson for Deystvie comments: “Although political attacks have undoubtedly worsened, they have also led to some positive developments. They brought us closer to other social groups, which have been similarly demonised. This made it possible for us to create the ‘League of Equality’ – an informal alliance between Roma and LGBT+ groups and activists. In summer 2020 we published the Manifesto for Equality which was endorsed by 28 different civil society organisations and made our 2020 March for Equality a politically charged event. We want a radical change in the way human rights are discussed in Bulgaria. Our prediction is that the active participation of certain nationalist parties in the current government will diminish their popularity. Our goal is to support the decline of their ideas and rhetoric as well, as they have been particularly harmful to the LGBT+ community and to society as a whole.”

While far-right groups continue to use LGBT+ issues to incite fear among segments of Bulgarian society with little knowledge of sexuality or gender, activists, artists, independent groups, and LGBT+ individuals – who make the difficult decision to be open about their sexuality or gender identity – are bringing about an undeniable change in many people’s perception of issues related to the topic.

Karakachanov’s words seem shocking coming from a high ranking official and the fact that they find support amongst certain western, anti-liberal organisations is concerning. Yet in spite of these challenges, Bulgaria’s civil society appears to be growing stronger, and active defiance to discrimination against the LGBT+ community is likely to expand even further in the coming years.