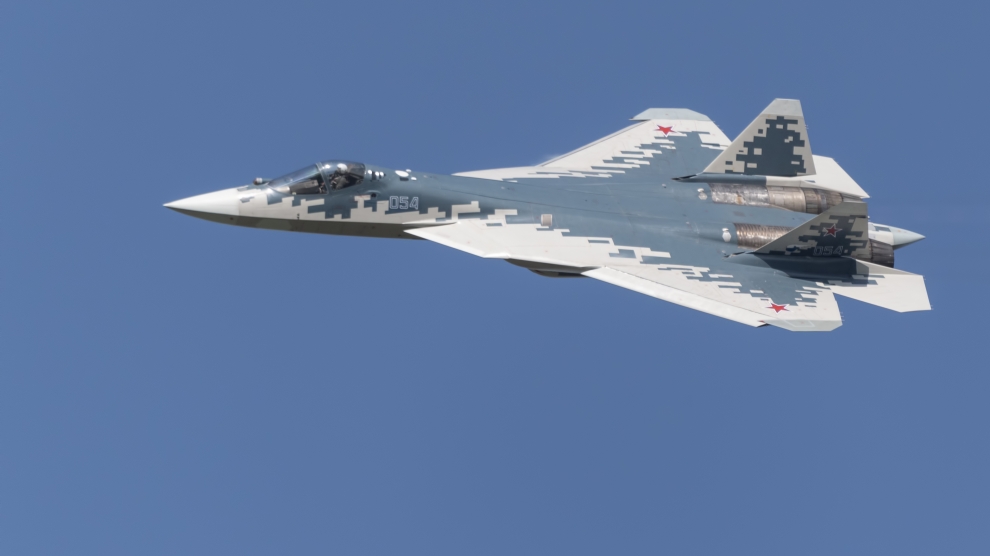 The geopolitical effects of Russian arms sales to Armenia

The combined effects of Russia’s invasion of Georgia in August 2008, together with the disinterest in the South Caucasus by U.S. President Barack Obama’s administration beginning with his inauguration in January 2009, has entailed a steady increase of Russian influence in the region over the last 12 years. The Trump Administration has sought to increase modestly the American profile in the South Caucasus, but it has not been able to remedy the damage is done under the two Obama administrations.

The countries of Central Europe, having come out of the first wave of the coronavirus pandemic in much better shape than most of their western European counterparts, are now facing higher numbers than during the spring peak of Covid-19, as restrictions return to the region.

Connecting Croatia on a bridge built by China

Croatia is building a bridge to an island that is not an island. Since the country declared independence in 1991, it has faced a territorial and logistical challenge: The picturesque walled city of Dubrovnik and its surrounding area are cut off from the rest of Croatia by a small strip of land that belongs to Bosnia and Herzegovina. The construction of a long-awaited bridge — between Croatia’s mainland and the Pelješac Peninsula, which is connected to Dubrovnik — will mark a historic moment for the country, ahead of its planned entry into the EU’s Schengen free movement zone.

The poisoning of Russian opposition leader Alexei Navalny appears to have finally turned most Europeans against Vladimir Putin and his pet project, the Russia-German Nord Stream 2 pipeline. As Navalny receives medical treatment in Germany, mounting numbers of European politicians are now calling for additional sanctions against the Kremlin. For the first time, this includes a growing chorus of German political and media leaders who are demanding the cancellation of Putin’s 9.5 billion US-dollar energy project.

Despite what Uzbek President Shavkat Mirziyoev and other top officials say about reforming the system and respecting the rights of all Uzbeks, the governor of the eastern Ferghana Province is busy demonstrating he can do and say anything he wants and get away with it. Born in the Ferghana city of Margilan in 1968, Shukhrat Ganiev has been in charge of the regional governor’s office since 2011, having come to power under authoritarian President Islam Karimov. He has accumulated a record of nasty behaviour and abusive language during his rule.

In a pandemic, getting to the triathlon is as hard as finishing it

An Ironman race last week on in Tallinn, Estonia, was the first such race since March. Precautions included travel restrictions, temperature checks, masked volunteers and medals handed over in bags.

When Tajikistan voted in a 2016 referendum to lower the age threshold for presidential candidates to 30 years, it was generally assumed that it was done to enable a run by the incumbent’s son, 32-year old Rustam Emomali, now the mayor of Dushanbe. But if Emomali has any ambitions to become head of state, he has decided to put them on hold for now. His father, Emomali Rahmon, 67, was on September 3 formally nominated as a candidate for the fifth time by his People’s Democratic Party of Tajikistan. Another young pretender has, however, seized upon the change in rules. Faromuz Irgashev, a 30-year old lawyer from the Gorno-Badakhshan Autonomous Region, or GBAO, has stated his intent to run because of his frustration at seeing citizens having their rights trampled by law enforcement.

Burning the Books by Richard Ovenden review – knowledge under attack

An engaging and timely survey of the villains who destroy written records of the past – and the heroes who try to stop them.

Kaliningrad: A key factor in the Kremlin’s calculations on Belarus

Commentators in Russia and the West have often focused on the geopolitics of the Belarusian situation, arguing that Moscow wants a friendly regime in Belarus in order to expand its military presence there and thus be in a position to project power into Central Europe and deeper westward.

Will Putin save Lukashenko?

More on Belarus from The Economist: In exchange for Russian support, an autocrat prepares to sell out his country.

Europe is making faster cars and better batteries than Tesla

European technology companies such as Rimac, Skeleton Technologies and Einride are rivalling the mighty Tesla empire.

Take delight in these heartwarming, historical photos of Uzbekistan

Instagram account @uzbekgallery takes its followers on a tour of Uzbekistan through archive photographs dating back to end of the 19th century all the way to the 1980s. The pictures depict everyday working and family life, Uzbekistan’s distinctive ancient architecture, and Soviet propaganda.

Bulgaria once led the way on LGBT+ rights in emerging Europe. Not any more
Emerging Europe needs to move up the value chain
Comment