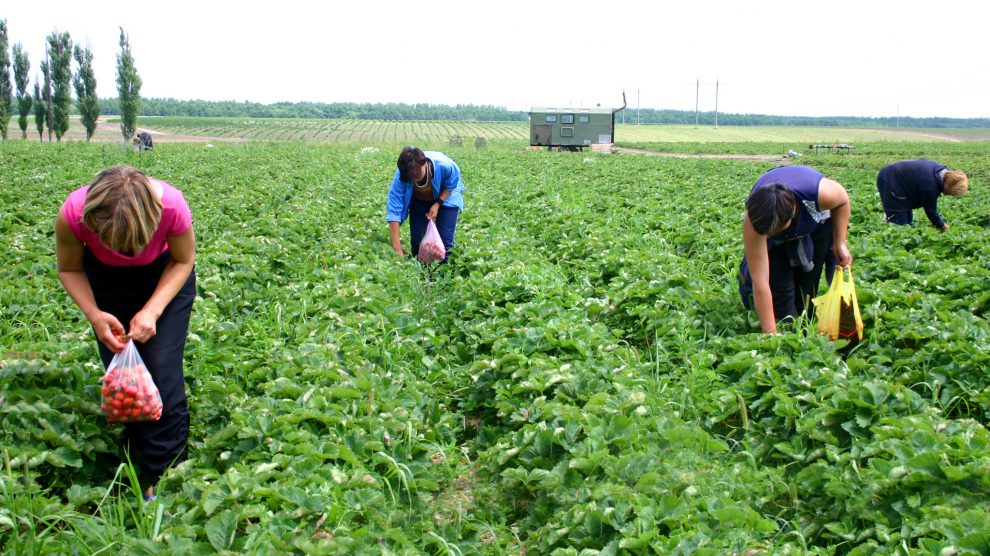 In an effort to fill the breach left by Brexit, the UK government has increased to 30,000 the number of visas it will issue to seasonal agricultural workers. The visas, however, come at a high price, and Romanians and Bulgarians, as well as Estonians, Lithuanians and Slovenians, will pay more for them than other EU citizens.

The UK government has extended a seasonal workers pilot programme, first launched in 2019, for an additional year. It has also expanded the programme, with 30,000 visas set to be made available for those wanting to come and work on UK farms for a period of up to six months in 2021.

The government says that these workers will play a vital role in helping horticulture growers pick and package their produce, whilst reducing their reliance on migrant labour as the country comes to terms with its painful exit from the EU.

However, the high price of the permits – 244 UK pounds – may be far beyond many potential short-term workers, especially those from the east of Europe.

What’s more, while the citizens of most EU countries – as well as Turks and Macedonians – are offered a 55 UK pounds reduction, Bulgarians, Estonians, Lithuanians, Romanians and Slovenians are not.

When Emerging Europe asked the UK Home Office why citizens of those five countries were being charged more than other EU members, we were referred to the Council of Europe’s Social Charter (CESC) of 1961, which those countries have not ratified.

The UK could, however, unilaterally apply the reduction to all EU countries. It chooses not to.

Other barriers to entry

Besides the high cost of seasonal work permits, there are other barriers to entry.

Would-be applicants will also need a certificate of sponsorship from a UK employer, and will need to prove that they have enough money to support themselves in the UK – at least 1,270 UK pounds. Such proof must be in the form of bank statements, which excludes the unbanked.

Applicants must also travel to a visa application centre to have their fingerprints and photograph taken by the UK government’s commercial partner, TLScontact: in most countries there is just one such centre, usually in the capital.

This means that seasonal workers will in many cases be forced to pay additional travel and accommodation costs.

Nelli Shevchenko, head of immigration at Taylor Hampton Solicitors, says that the scheme has always been linked to problems of modern day slavery and labour exploitation.

“The UK Labour Market Enforcement Strategy 2019/20 reported that agriculture is at the highest risk of modern slavery in the UK,” she tells Emerging Europe.

“Migrant workers are most often under the mercy of their sponsors who brought them to the UK. The high costs of the visa application fees and requirement for financial evidence leave migrants vulnerable to rely on their employer. For example, the migrant can meet the financial requirement either by showing that they have at least 1,270 UK pounds in their bank account or by asking the employer to certify maintenance for them in the application. Not many low skilled seasonal workers have that amount in savings, so obviously they need to ask their employers.”

As such, most seasonal workers rely on their employers to get them a visa and transport them to the UK.

“Most of them don’t speak English well, or at all,” adds Shevchenko. “Additionally, the visa system doesn’t allow seasonal workers to switch employers or categories of labour. This means that once in the UK, seasonal workers are linked to their employer and cannot leave. This shifts power into the hands of employers and allows for the system of abuse and modern slavery.”

The expansion of the scheme follows a long period of negotiation with the National Farmers Unions and the Association of Labour Providers, across all parts of the UK and in particular recognition of the need for additional seasonal labour in Scotland to support local rural economies and the renowned soft fruit growers.

According to Chief Secretary to the Treasury Steve Barclay MP, farmers and growers play a crucial role throughout the year in providing fresh British quality produce for the public.

“We are determined to support our farming sector as we leave the EU, and to reduce the food miles of food in our shops as part of our wider commitment to the environment,” he says. “Extending this pilot for another year and expanding its size show that we are continuing to listen and respond.”

In addition, the government – alongside industry – will build on 2021’s Pick for Britain campaign and actively promote the recruitment and retention of domestic seasonal workers in 2021.

The UK faced severe shortages of farm labourers in 2020 as Covid-19 restrictions on cross-border movement and a lack of flights prevented temporary workers from the EU from travelling to the country. Estimates of the shortfall ranged from 70,000-90,000 workers. Many large agricultural firms resorted to chartering flights to bring over workers.

In 2019, 98 per cent of the UK’s farmworkers were EU migrants, mostly from Bulgaria and Romania. With EU workers now excluded from the UK’s job market unless they earn 25,600 UK pounds per year – way below the pay for agricultural labour – the 30,000 farm worker visas may offer some respite for the UK’s agriculture sector.

The news has certainly been welcomed by some in the farming community, including Andrew McCornick, chairman of the National Farmers Union in Scotland, who admitted, however, that the increase of the seasonal worker scheme from 10,000 to 30,000 permits has been “hard won”.

He also says that, “following the major, industry-led effort to recruit domestic workers during the 2020 pandemic, growers will continue to utilise all tools to encourage as much recruitment from within the UK as possible in 2021.”

Given the cost of the short-term seasonal work visas, as well as the bureaucratic hurdles placed in the way of applicants, the UK’s farmers may have little choice but to hire locals.