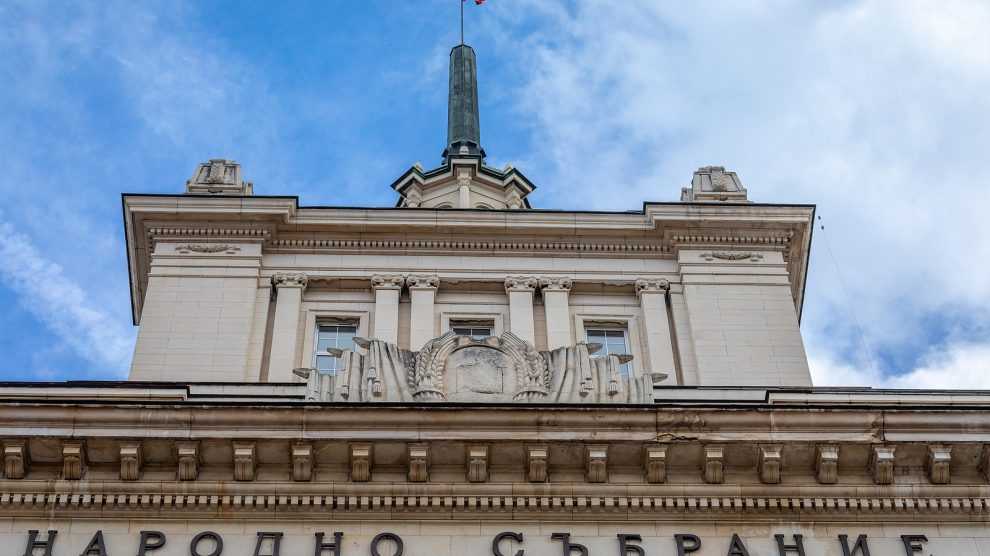 Hopes of adopting the euro in 2024 are beginning to fade in Bulgaria as the country lurches from one election to another.

Wash, rinse, repeat. Bulgaria will hold yet another parliamentary election — its fifth in two years — after the Socialist party this week announced that it had failed to form a government and had returned its mandate to the country’s president, Rumen Radev.

The latest failure to form a government with the current parliament follows two previous, equally fruitless attempts by the nominally centre-right GERB party and the reformist We Continue the Change party. Both have tried and failed to find enough support to lead their governments since the previous election in October.

“We have done everything necessary to fulfil the mandate, but there is not enough will to form a working government,” said Socialist party leader Kornelia Ninova. It was always unlikely that the Socialists, who currently have just 25 seats in the 240-seat parliament, would be able to form a government.

Radev – himself backed by the Socialists – will now once again be forced to dissolve parliament, appoint a caretaker government and schedule a new election which will probably be held in April.

The chances of another election changing the status quo are minimal. Bulgaria’s parliament has become increasingly fragmented since the current cycle of elections began, and is currently made up of seven parties. The largest, GERB, still led by a controversial former prime minister, Boyko Borissov, has 67 seats – well short of a majority.

The picture is clouded further by the ongoing refusal of other parties to work with GERB, which despite its broadly pro-EU stance has become, in the eyes of many Bulgarians, a byword for corruption.

The one vaguely functioning coalition to emerge from the recent glut of elections, that of Kiril Petkov, whose government included the Socialists, the populist There Is Such a People (ITN) party, and the anti-corruption Democratic Bulgaria party alongside his own We Continue the Change, lasted just six months after taking office in December 2021.

Further evidence (not that it is needed) of the fickle nature of Bulgarian politics is demonstrated by the fact that ITN – whose withdrawal from Petkov’s coalition following a dispute over the country’s budget left it without a majority – failed to reach the four per cent threshold to enter parliament in last October’s election.

Elections without no real outcome have consequences

The electoral merry-go-round is doing little for Bulgaria’s economy nor for its two key foreign policy goals: membership of the border-free Schengen area and adoption of the euro single currency.

The governor of the Bulgarian National Bank, Dimitar Radev, last week confirmed that the country retained its ambition of adopting the euro in 2024, even offering details as to how the process would be carried out, such as the automatic conversion of bank accounts from leva to euros.

However, euro adoption requires a series of legislative changes that go beyond the remit of a caretaker government. The current acting finance minister, Rositsa Velkova, last week said that she was “hopeful” of the legislation being passed within a reasonable timeframe, but that was before the latest failure to form a government.

Membership of the Schengen area, which Bulgaria (along with Romania) missed out in December when Austria and the Netherlands used their veto to keep the pair out, was back in the spotlight this week when Austria’s chancellor, Karl Nehammer, visited the Bulgarian-Turkish border at the invitation of Radev.

Nehammer praised Sofia’s efforts to bolster its frontier, saying that “the protection of the Bulgarian-Turkish border is actually also the protection of Austria’s borders” but refused to budge on Bulgarian and Romanian membership, citing his country’s concerns over illegal migration.

Nehammer did, however, say that he supports Bulgaria’s request for two billion euros in EU funding to purchase helicopters, off-road vehicles and other technical equipment and to improve the border’s infrastructure.

“We need a clear signal at European level that the front-line countries in the face of migrant pressure are not left alone to deal with this problem,” he said.

Radev, for whom Schengen membership has become a personal crusade, said that “it is not fair” that Romania and Bulgaria remain outside Schengen, “because our economies also lose from this”.

A boon for tourists who will no longer need to queue at land borders and (for some flights) at airports, Schengen membership will unquestionably boost Bulgaria’s economy. Hauliers will see costs fall considerably as lorries are no longer forced to spend hours, sometimes days, waiting to cross borders.

Indeed, according to the European Parliament’s research service, when two countries are members of the Schengen area, bilateral net trade increases by 0.09 per cent every year. Another study, from Warwick University in the UK, shows that the Schengen area significantly decreases the trade frictions between partners and facilitates cross-country trade integration.

Bulgaria’s economy grew by 3.1 per cent in 2022, with export and consumption acting as the main growth engines, according to the World Bank.

However, the European Commission’s current forecast sees economic expansion slowing in 2023, to just 1.1 per cent, before somewhat higher growth resumes in 2024. Price increases and higher borrowing costs are set to weigh on household consumption, while export growth is forecast to also slow down, in line with the subdued foreign demand until the end of 2023 before rebounding in 2024.

Inflation, which reached 17.7 per cent during the summer of 2022 on the back of high energy and food costs, a level not seen since 1998 when Bulgaria was emerging from a brief hyperinflationary period, has begun to fall, but is expected to remain at a relatively high 7.8 per cent in 2023.