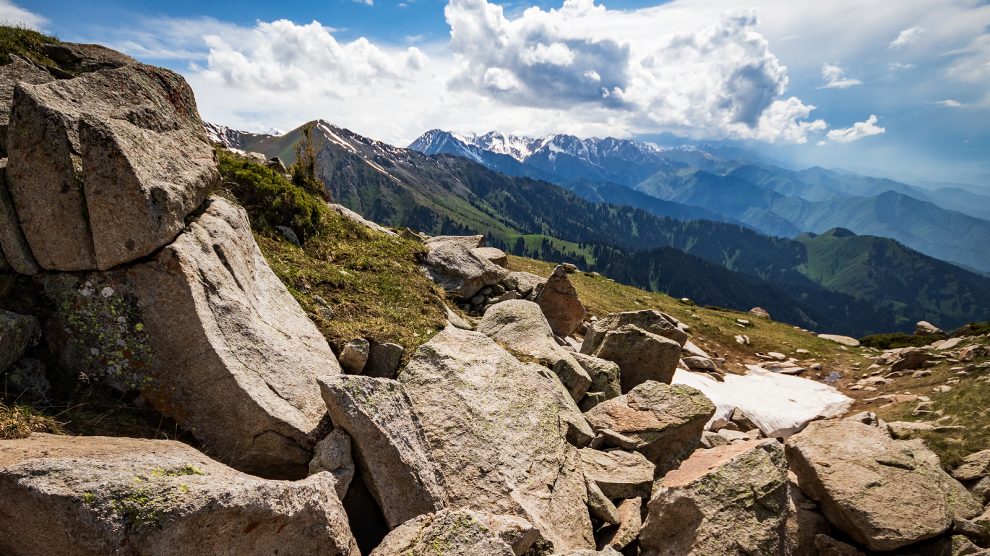 Kazakhstan is a country rich in rare earth metals essential to a green energy transition, but its once-mighty scientific and technological research prowess has suffered from decades of neglect and underfunding. That could all be about to change.

Scientists from Kazakh and British research institutions are setting up an institute in Almaty to facilitate a new era of research and energy innovation while filling a crucial gap in the rare earth value chain.

One of the people behind the initiative is Dr Chokan Laumulin, a professor at the Kazakh British Technical University (KBTU) and research affiliate at the Cambridge Central Asia Forum (CCAF), Jesus College, University of Cambridge.

In September 2022, he was elected vice chair of the United Nations Economic Commission for Europe (UNECE) Committee on Sustainable Energy in Geneva, to focus on a decarbonisation agenda under the framework of the Paris Climate Agreement. He is excited about the role his home nation of Kazakhstan could play in enabling a global transition to clean energy.

Kazakhstan, Professor Laumulin says, is unique in two ways: its wealth of minerals and history as a hub for Soviet scientific research.

“Kazakhstan is one of the richest countries in the world, having practically all the periodic table’s elements in its bowels,” he says.

He’s right. Kazakhstan is the world’s largest uranium producer and has other large deposits of gold, chromium, copper, lead, lithium, and increasingly coveted rare earth metals essential to the manufacture of technology ranging from smart phones and wind turbines to missiles and electric vehicle rechargeable batteries.

Today, however, Europe and the United States are dependent on China and Russia for these vital minerals. China reportedly has one-third of the world’s rare earth reserves but “accounts for 60 per cent of global rare earth mined production, 85 per cent of rare earth processing capacity, and over 90 per cent of high-strength rare earth permanent magnets manufactured.”

Europe is taking steps to diversify its rare earth supply chains. In November, on the sidelines of COP27 in Egypt, the European Commission and Kazakhstan signed a memorandum of understanding to develop the latter’s supplies of rare earth magnates, cobalt, lithium, and polysilicon.

Professor Laumulin says experienced scientists and engineers are needed to improve energy storage technology and develop the findings of superconductivity and cryogenics research into scalable technologies to reduce energy lost in transportation and distribution. Kazakhstan already has a base of knowledge and world-class research experience.

“During Soviet times, Kazakhstan was a really developed industrial and research republic,” he says. “In the mid-1970s, the ratio between researchers and the rest of the population was one of the highest in the world. The Soviet Union spent up to eight per cent of its gross national product on research.”

For reference, in 2018, Israel spent 4.94 per cent of its GDP on research and development, South Korea spent 4.52 per cent, and OECD countries spent on average a meagre 2.4 per cent.

“Research had been unfortunately neglected during the 30 years after the collapse of Soviet Union, but the industrial legacy is still there, providing—in many ways—all this industrial success of Kazakhstan as the producer of all these minerals. However, along with the research, the certification base is gone.”

Despite its vast mineral deposits, ore samples from Kazakhstan must currently be sent to laboratories in other countries for chemical analysis and testing because of a lack of suitable domestic labs.

There is also a lack of environmental certification for exports within Kazakhstan. In the past, samples were sent to labs in Russia and China, but China remained closed due to strict Covid-19 protocols for several years and new sanctions on Russia are complicating access to Russian labs. Kazakhstan’s mining industry spends between 200 million and 600 million US dollars annually on such laboratory services.

Professor Laumulin and a team of scientists from the University of Cambridge have a solution: the Alma-Ata Centre of Advanced Science and Technology (ACAST). ACAST will include a campus of laboratories that provide certification services while pursuing novel research and educating new generations of scientists.

Years of negotiations with investors and local officials has resulted in land being reserved for the project, and Cambridge architect Professor Nicholas Ray has designed a four-hectare laboratory complex. There is a team of researchers from Cambridge and KBTU procuring the research equipment needed for the labs, and they have already formed a certification company which will move its operations from Cambridge to Almaty once the labs’ construction is completed.

ACAST’s founders hope its operations will “nucleate an innovative ecosystem focused on the mining and metallurgy industry sector of Kazakhstan.”

Multinational companies like Microsoft, AstraZeneca, and Samsung currently have offices in the city of Cambridge to take advantage of the University of Cambridge’s hub of research and talent, and the city has also spawned tech start-ups. Professor Laumulin hopes to create a similar innovation hub in Almaty.

In his remarks at that conference, Professor Saxena said, “While the Western technology giants have identified the potential and taken early risk in establishing basis of such energy storage and cooling technologies, they do not have either the raw-materials or human-capability to take it to the mass production. No one single player is able to carry this forward alone, thus a Eurasian platform has a low entry barrier and fast uptake promise.”

If ACAST’s development continues according to plan, it could make the development and refining of Kazakhstan’s mineral deposits more efficient and facilitate Europe’s transition to renewable energy while increasing value added by Kazakhstan in rare earth supply chains.

Beyond aiding a transformation in global energy, it could also restore a sustainable foundation for research and science education in Kazakhstan that might see the country reclaim its status as a world leader in the field.

Dare we hope that an agreement between Serbia and Kosovo is possible?
Bulgaria’s election merry-go-round continues to spin
Comment