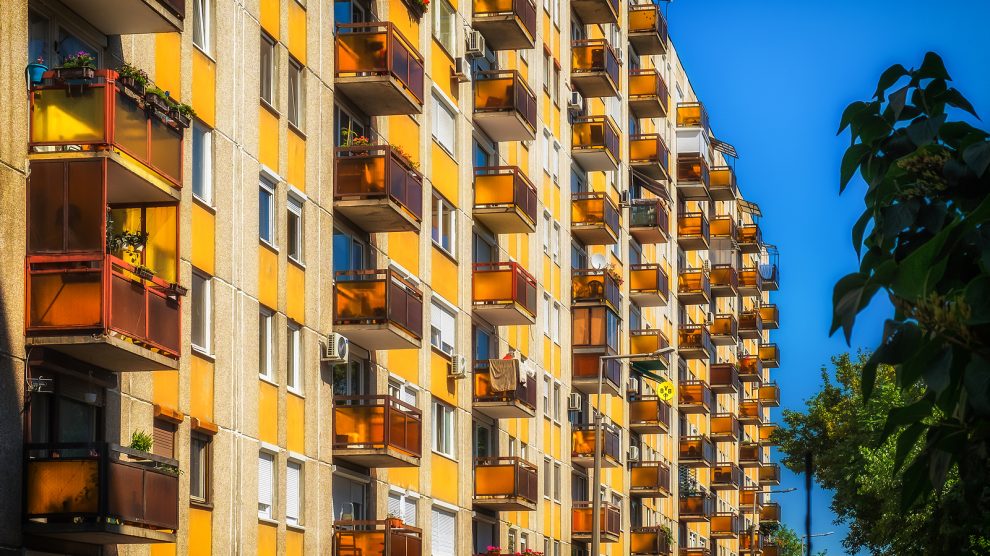 House prices are rising across Central and Eastern Europe. Where does this leave young people looking to buy their first home, and those in need of social housing?

According to the European Union’s statistics department, Eurostat, both house prices and rents have increased by varying degrees everywhere in Europe despite the Covid-19 pandemic, and Central and Eastern Europe is no exception.

Croatia, Slovakia, Poland and Estonia have recorded the highest increases of what is known as deflated housing prices in recent months (the housing price index deflated by the rate of inflation), with the lowest increases in Hungary and Romania.

The bottom line is that houses and apartments – both to rent and buy – are more expensive everywhere in the region, a trend that has been sustained for the past five years.

“The 2010s have seen a real estate boom all over the region. Despite a moderate fall in (especially rent) prices due to the 2020 lockdowns, real estate remained one of the main investment channels throughout the year, both for middle and upper-middle class locals, and for real estate investors coming from other regions, like Russia or China,” explains Agnes Gagyi, a researcher at the Department of Society at the University of Gothenburg.

The trouble for buyers in the region who are looking for a home rather than a speculative asset, is that real estate prices have outstripped purchasing power, leading to a situation where prices are rising much faster than wages.

A recent study by the consulting company Deloitte illustrates this point well.

“The situation for first-time young home buyers varies according to income and social standing but is mainly based on inheritance,” Gagyi tells Emerging Europe.

“While middle and upper-middle class first-time buyers have been using the mortgage boom to acquire larger, better situated homes, lower-middle class and poor households are tied to the rental market or seek state help to take out mortgages.”

As for how the region got here, Gagyi points to the unique heritage of the post-socialist era. The privatisation of state housing, a housing system characterised by small ownership, a lack of social housing, and a weakly-regulated rental market, all led to the current, low degree of affordability in the region.

“This situation is mainly rooted in the region’s role in the international distribution of labour: a source of cheaper labour for European companies, and an open market for European services – like banks. Post-socialist governments in the region have followed the line of liberalisation and privatisation in the housing sector, too. Together with the privatisation of industry and banking, this resulted in the situation at hand,” she explains.

Furthermore, an investment boom in new housing hasn’t been followed by an increase in the stock of social housing.

Martin Lux, head of the research department at the Czech Academy of Sciences, points out that in Czechia the current government has failed to pass a law on social housing, despite it being a promise of the ruling coalition. Instead, the Czech government focused on making planning permissions easier to acquire.

“I think that the orientation towards market housing supply measures will not be sufficient,” he tells Emerging Europe. “The effect of quicker permission processes on house price appreciation will be, according to our models and opinion, very small. The main problems, we feel, are that an affordable housing policy is missing, and a lack of measures to cool down demand, especially investment demand.”

In some other places in the region, it seems what little social housing remains is under attack. Recently, the Hungarian government attempted to force through the privatisation of social housing, which in the country is operated at a municipal level. The proposition was found unconstitutional, however, and the law did not pass.

The Metropolitan Research Institute (MRI), a Budapest-based think tank on housing policy, has warned that, among other issues, the proposal would have negatively affected those who would need social housing in the future.

And the number of people in Hungary who are struggling with housing affordability issues is not trivial, according to József Hegedüs, managing director at the MRI.

“Analysis of Hungarian data shows that the proportion of families facing affordability difficulties is between 25 and 35 per cent,” he says. “In contrast, the affordable housing sector in CEE markets is around three to 10 per cent.”

“Meanwhile, almost all city housing agencies have been abolished and a process of selling publicly owned apartments to their occupants has begun. It’s an absurdity that [the city of] Belgrade, which has in its ownership apartments that it rents under non-profit conditions, doesn’t have a suitable institution to manage this large stock of housing,” Mojović explains.

József Hegedüs also says that the need for social housing agencies if the issues around affordability are to be solved.

“The starting point for any housing policy programme is to understand the nature of the affordability problem. An important cause of the housing crisis is the increase in social inequalities — income and wealth — especially for young people who are active in the housing market,” he tells Emerging Europe.

But, as Martin Lux points out, measures that would let governments cool down investment demand – such as higher property taxes and interest rates on investment properties – are not popular and unacceptable to politicians.

“So, the result will be, we think, even higher discrepancy between prices and incomes in the coming months until this story finds its end when the bubble bursts,” Lux warns.

With investor demand booming, social housing stocks depleted, and many apartments and houses kept off the rental market by speculation, those who are looking to find their first home are left in an unenviable position, as well as those who are in need of social housing.

Solutions to these issues exist, but would, according to Gagyi, require a reorientation of public policy towards defining housing as a social need rather than a market good — which is unlikely.

“Some institutional innovations that are operative in other regions in a similar position, like Latin America, and also exist as local initiatives in the region, would be social housing agencies that operate in public-community partnership, or housing cooperatives and community land trusts which take real estate into non-market forms of ownership. Enhancing the social wing of housing policies, and decreasing state subsidies to an overheated housing and construction market would also be necessary,” she concludes.

Belarus can only use refugees as a weapon if Poland views them as such
Are the countries of CEE doing enough to meet their sustainable development goals?
Comment