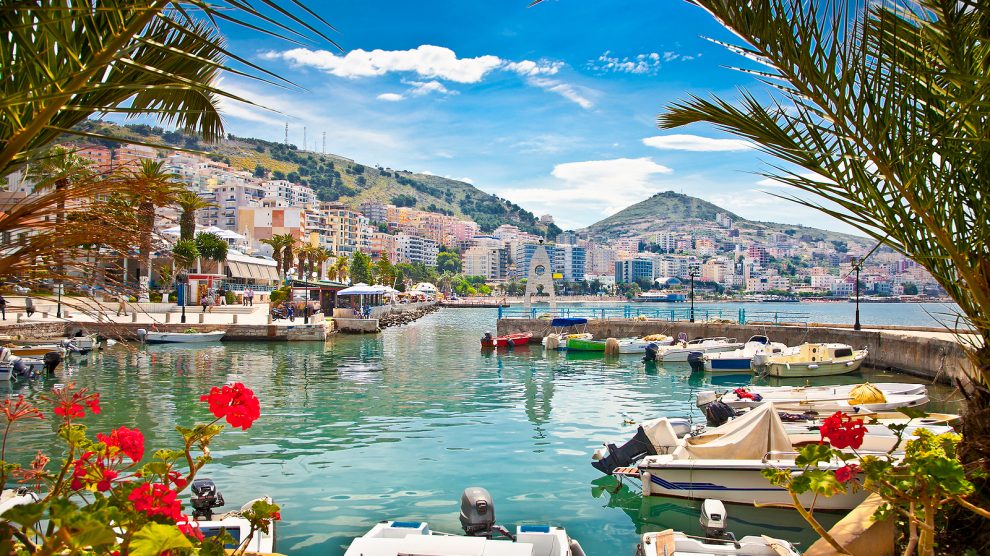 The Albanian coast offers stunning views, crystal clear waters, and some of the best value for money property deals anywhere in the Mediterranean. No wonder buyers are flocking to the country from across the world.

According to a Colliers Albania report from April 2021, while the country’s property market experienced a significant decline during the initial outbreak of the Covid-19 pandemic last year, it swiftly bounded back: interest has since risen to new heights with the relaxation of coronavirus restrictions.

In the first quarter of 2021, the Albanian Institute of Statistics, Instat, said that the country registered GDP growth of 5.53 per cent, of which 1.09 per cent was attributed to construction and 0.58 per cent to real estate activity.

By far the most popular region of Albania for both local and international investors, competing with the capital Tirana, is the Albanian Riviera.

“There has been a very strong demand from buyers throughout 2021,” Ilir Konomi, managing director of the Albania Property Group, tells Emerging Europe. “We have been selling more and more properties on the Albanian Riviera to foreign clients, especially since February.”

The Albania Riviera is that part of country’s coastline situated along the Ionian Sea, described by Arber Brahaj of RealEstate.al as “a stretch of more than 100 kilometres of rock and crystal-clear water.”

According to Brahaj, amongst the most popular settlements along the riviera are the towns of Vlorë, Himarë and Sarandë, as well as the villages of Radhimë, Palasë, Dhërmi and Jala.

The appeal of the Albanian Riviera

“I think what makes the Albanian Riviera special is the combination of a picturesque Mediterranean landscape and the Ionian Sea, the beaches, the cultural background (traditional settlements and monuments), and the fact that until recently there was an abundance of undeveloped coastal land, which is scarce in north and central coastal Albania where construction has been intense,” says Loukas Triantis of the National Technical University of Athens, who has carried out research on urban and regional planning in the Himarë area.

Konomi believes that part of what makes property on the Riviera increasingly popular is the availability of typical Mediterranean scenery combined with prices not found elsewhere in this part of Europe.

“The prices are still affordable, between 1,000 and 1,400 euros per square metre for properties on the beachfront with a nice sea view. You can find these prices in the resorts at Lalzit Bay, Sarandë and Vlorë,” he explains.

“The exception is Dhërmi, the heart of the Riviera. Apartment prices there are approximately 2,000 euros per square metre, and around 3,000 euros [per square metre] for villas,” Konomi adds.

Bahaj says that Albanians consider Dhërmi to be the best beach in the country, and judging by the thousands of positive reviews on internet forums, foreigners seem to agree.

“Dhërmi is an old village, situated in the mountains overlooking the coastline, the rocks and thee sea,” he explains.

Despite the reasonable prices, the Albanian Rivera nevertheless has its fair share of luxury property, according to Bahaj.

“One of most famous properties near the village of Ksamil is the Kep Merli Residence, where popular singer Dua Lipa took her vacation earlier this month. Villas start at one million euros and reach up to four million euros, including private jetties for boats. For short term visitors, prices range from 900 to 4,000 euros per night,” says Bahaj.

Both Brahaj and Konomi say that their clients come from a variety of backgrounds, but note that different areas along the Riviera are popular with different groups of buyers.

“Albanian emigrants from Western and Northern Europe have been buying mainly in the area of Lalzit Bay and Sarandë, while the Ionian coast between Vlorë and Sarandë has been doing very well with Albanians from the capital, Kosovo, as well as Albanian emigrants,” Konomi says.

Then there are foreigners.

“In the Lalzit Bay area, while Albanian emigrants make up close to 90 per cent of all sales, we have also had Polish, Austrian, and few Czech clients. Sarandë is quite the opposite, 90 per cent buyers there are from countries such as Poland, Germany, Czechia, and the Nordic countries, including Sweden and Norway,” he adds.

Bahaj says that part of Sarandë’s attraction for foreigners is its proximity to the Greek island of Corfu, just a 40 minute ferry ride away.

“Many Greek agencies offer a tour to the city,” explains Bahaj, adding that, “much of the city is an archaeological site, with Butrint National Park just the south a UNESCO World Heritage site.”

Brahaj says that RealEstate.al have also made a number of sales at the Green Coast Residence in Palasë village in the Himarë region since the start of 2020, despite the pandemic.

“We have seen big investments in apartments, semi-detached villas and individual villas at prices around 1,450 to 2,100 euros per square metre. Buyers are mostly Albanians who live in Albania, and a few foreigners. We think that the main reason most of our buyers have been from Albania is that most of the properties were sold during the Covid-19 lockdown last year,” he says.

“Taking in consideration the fact that the presence of foreigners is still low, I believe that their numbers will grow by around five to 10 per cent over the next three to four years,” he says.

Better infrastructure is also likely to give the region a boost, says Brahaj.

“With the construction of two new airports in the cities of Sarandë and Vlorë, and a new road that will connect Vlorë with the rest of the Riviera under construction, allowing drivers to avoid the Llogara mountain, interest in the Albanian Riviera is expected to rise a lot in the near future.”