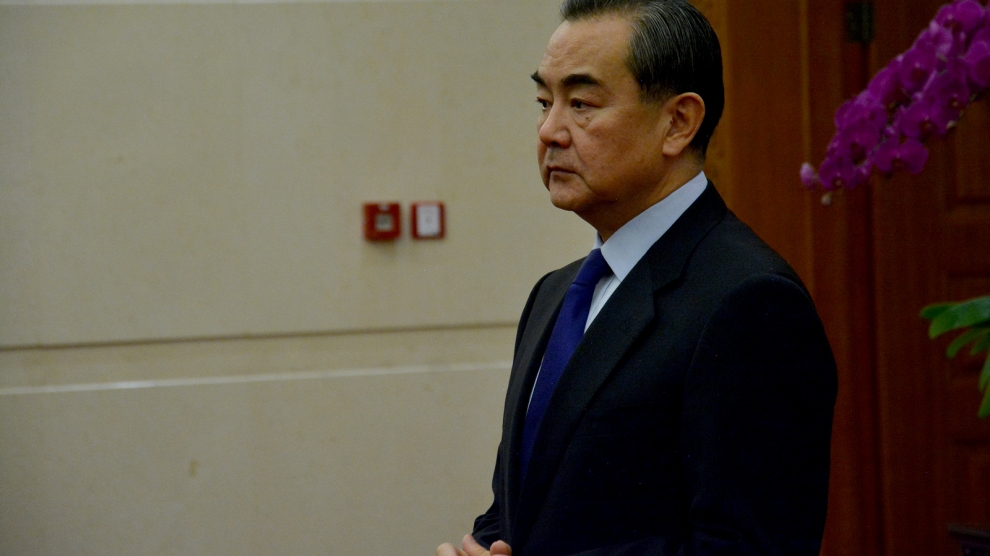 At a press conference following the meeting, held in Berlin, Mr Yi (pictured above) described the Chinese view of its 16+1 cooperation with 16 countries of central and eastern Europe as a supplement to its relations with Europe, explaining that China wanted to see a stronger and thriving EU. This followed comments made by Mr Maas to the Bundestag last month which named China as one of the threats to the EU.

Mr Yi went on to detail the 16+1 grouping as an independent and voluntary initiative which not only supports the relations between China and the countries of central and eastern Europe, but also aids equality across Europe, promoting European integration. He explained that “the weakening and division of Europe is completely out of line with Chinese interests.”

The Chinese Ministry of Foreign Affairs has described the 16+1 collaboration as in keeping with the EU’s regulations, explaining that EU representatives have been invited to events, including the upcoming 16+1 summit in July. The ministry also made clear that all previous summits had promoted European integration, with encouragement towards collaboration with more EU countries.

Mr Yi also described the close relationship between Germany and central and eastern Europe, explaining that China was considering trilateral cooperation with Germany and the CEE region. The economic advantages of China and Germany would support the developmental potential of CEE, allowing for collaboration on specific projects.

Professor Ding Chun, from the Centre for European Studies at Fudan University, supported this move, telling the South China Morning Post that “against the backdrop of unilateral actions by the Trump administration, there is even more reason for China and Europe to increase cooperation.”