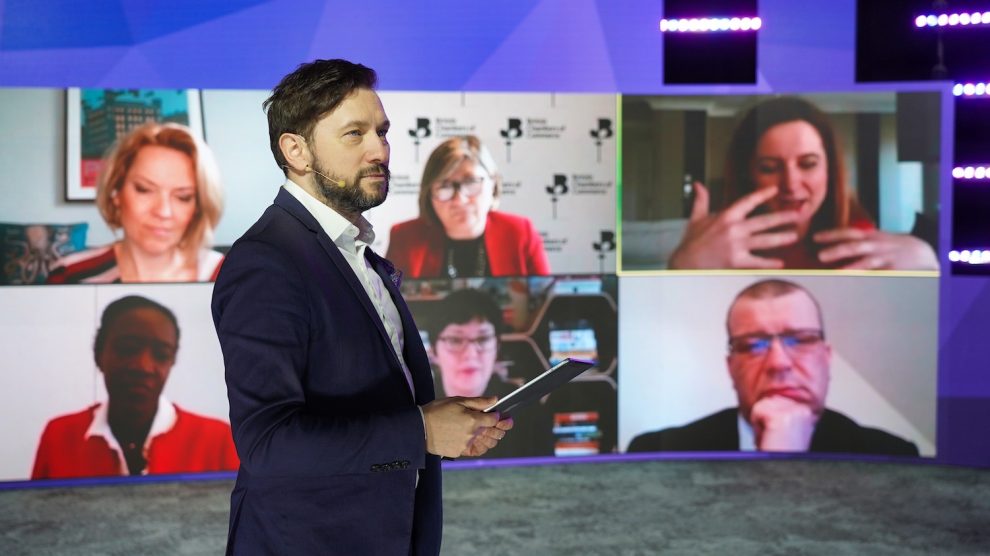 Brexit and Covid-19 are challenges, but they might eventually serve to strengthen the relationship between the UK and the emerging Europe region.

“We are facing a challenge, as the pandemic is a very disturbing situation. But hopefully sooner rather than later the situation will improve. And we need to think about how to move forward, and how to build better,” said Agnieszka Gajewska of PwC CEE, speaking at Emerging Europe’s Towards 2030, a hybrid event held at a studio and online, centering on Brexit, Covid-19, and the future of the relationship between the United Kingdom and the emerging Europe region.

“There’s been a lot of fallout from what’s happened since Brexit,” added Joan Hoey, director for Europe at the Economist Intelligence Unit.

“It’s disturbing and I hope we can get through it, not least the problems with the Oxford/AstraZeneca vaccine. I hope there will be the good will to do that. The vaccine rollout is crucial for the recovery of the EU and the wider region.”

One of the challenges highlighted at the event was the limits that Covid-19 has placed on movement, both of goods – disrupting supply chains – and of people.

Anne-Marie Martin, director global business networks at the British Chambers of Commerce, pointed out that for many British companies in her network, primarily SMEs, the challenges of the the pandemic and Brexit have been about nothing more than “staying alive”.

Nevertheless, she believes that the new trading relationship between the UK and the EU is a good platform to build on.

“But there’s still a lot of work to do and some of the impact tracker surveys we’ve been launching on our network have demonstrated it’s very challenging for business.”

Brexit may be positive

Ms Hoey added that, perhaps counterintuitively, Brexit may turn out to be a positive thing for the wider Eastern European region.

“The whole point of Brexit is to do something different and I actually think it frees up the UK to do more because to be honest the UK always played second fiddle to Germany or Brussels as long as it was a member [of the EU],” she explained.

Trade deals, like those the UK already has with Ukraine and Albania, are an encouraging preview of what is to come in the UK-emerging Europe relationship.

“Even after the shortfalls, short breaks, the trade ties will come back because it’s simply an economic need and we all have to cooperate and trade with each other,” explained Mateusz Walewski, chief economist at BGK, the Polish State Development Bank.

He points to areas where the region can learn a lot from the way the United Kingdom does things, especially in private-public partnerships and in attracting private institutional investors to public infrastructure projects.

All of those who took part in the discussion agreed that the relationship between the UK and the emerging Europe region will continue to develop despite any pandemic and Brexit challenges.

“What the UK has to do is exploit its strengths and give support in the areas where it’s most needed — particularly for the least developed countries in the region,” concluded Ms Hoey.

“There’s room for a lot of synergy. A lot of money is going into the region and the UK can play a role in making sure that money is well spent.”