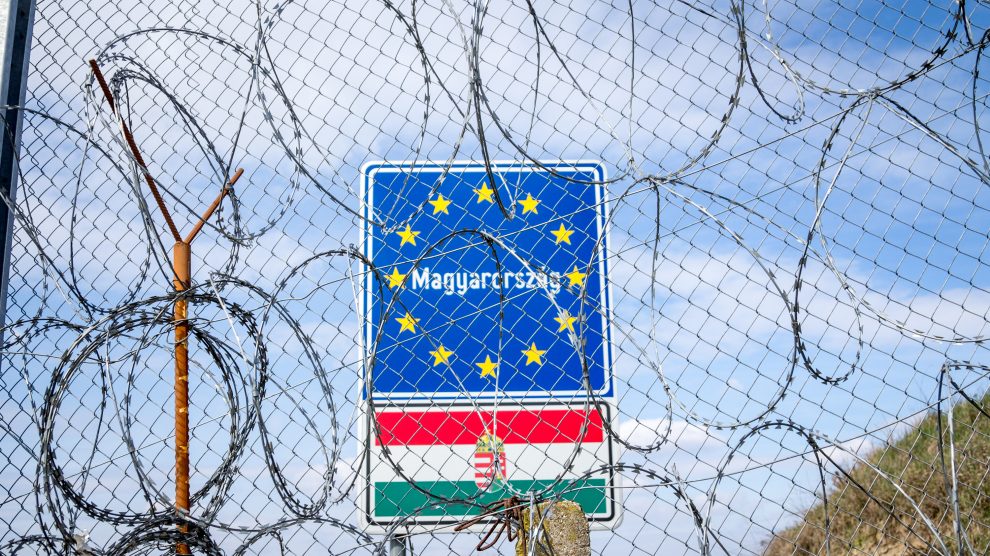 The UN refugee agency says people seeking international protection, many of whom are fleeing war, violence and persecution, must have effective access to Hungarian territory and asylum procedures.

The United Nations High Commission for Refugees (UNHCR), the UN’s refugee agency, has called a recent decision by the Hungarian government to extend a decree that authorises police to automatically and summarily remove anyone intercepted for irregular entry and stay as “deplorable”.

As a result of the decision, people who may be in need of international protection are denied access to territory and asylum procedures. Since 2016, the Hungarian authorities have forcibly removed more than 71,000 people.

The original decree of 2016 declaring a “crisis situation due to mass immigration”, covering the entire territory of Hungary, was extended on February 27 this year.

This decision comes at a time when arrivals to the European Union, including Hungary, continue to decrease each year. The numbers of those arriving to the EU by sea and land in 2020 (95,000 people) was 75 per cent smaller than in 2016, when it was 373,652.

This latest decision follows a string of concerning developments impeding access to asylum in Hungary.

In May 2020, the government introduced a series of extraordinary legislative provisions in response to the Covid-19 situation, requiring people seeking international protection to first express their intent to seek asylum at the Hungarian Embassy in neighbouring non-EU countries before they may be able to access territory and asylum procedures in Hungary.

“We urge the government of Hungary to withdraw these legislative provisions and ensure that people who wish to seek international protection, many of whom are fleeing war, violence and persecution, have effective access to its territory and to the asylum procedure. UNHCR stands ready to support the Government of Hungary to review its asylum system to bring it in line with international refugee and human rights law,” says UNHCR’s Europe Bureau Director Pascale Moreau.

“Today’s challenges of forced displacement require global and regional responses, in the spirit of solidarity, and not standalone initiatives that erode the international protection system. This system, now 70 years old, has withstood the test of time and many situations of crisis. There is a collective responsibility to safeguard this system.”

A breach of basic human rights

The right to seek and enjoy asylum is a basic human right guaranteed by international law and is supported by the legal framework of the 1951 Refugee Convention. When states introduce legitimate measures to control their borders, it must be done in a manner which is consistent with their obligations under international law, including the principle of non-refoulement and respect for the right to seek and enjoy asylum.

Earlier this year, the European Union took a key step towards fining Hungary for refusing to lift restrictions on the foreign financing of non-governmental organisations (NGOs) operating in the country, many of which help refugees.

In 2020, the European Court of Justice (ECJ) ruled that the restrictions, which require foreign-funded NGOs to disclose their donors to the Hungarian authorities or face fines, was incompatible with EU law.

In February, the European Commission sent a formal letter of notice to the Hungarian government as part of the EU’s infringement procedure used when member states are accused of violating EU regulations. The government has until next month to explain why it is not complying with the ECJ’s ruling.

If Budapest does not react within the required time frame, the Commission could ask the ECJ to impose substantial fines.

The law, passed by Hungary’s parliament in 2017 requires NGOs which receive more than 7.2 million forints (around 21,000 euros) annually from foreign sources to register as organisations “receiving support from abroad”.

In its ruling last year, the ECJ said the restrictions were discriminatory against NGOs and donors, and restricts the free movement of capital – one of the four founding principles of the European Union – because it “establishes a difference in treatment between national and cross-border movements”.

Hungary claims that it introduced the law to counter money-laundering and boost transparency, but it has long been perceived as forming part of a feud with the Hungarian-born billionaire and philanthropist George Soros, who has backed NGOs that support refugees.

Despite Brexit and Covid-19, UK-CEE relations will flourish
Getting Serbia’s railways back on track
Comment