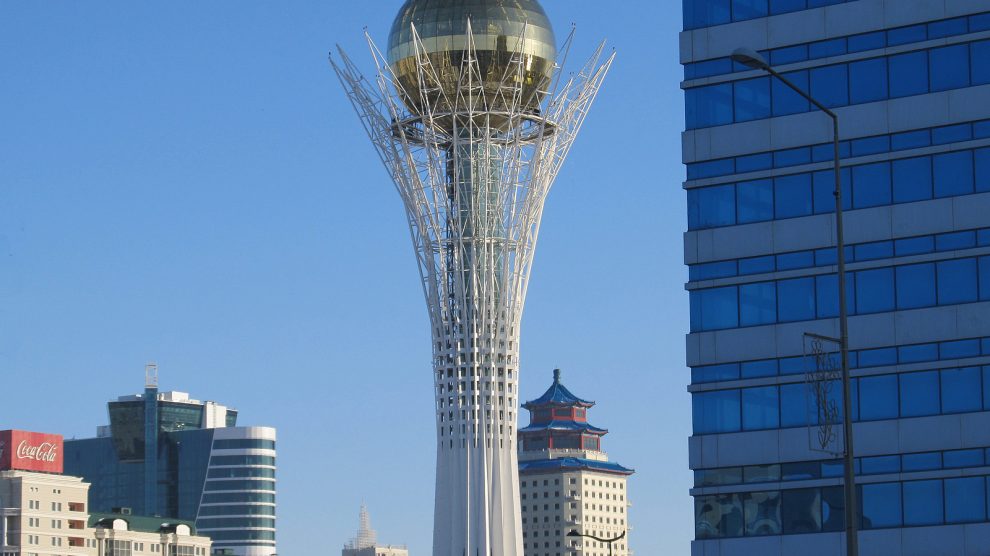 Kazakhstan is making a name for itself as a reliable investment destination that upholds the rule of law for both foreign and domestic investors. Furthermore, there is now data to back up its claims.

A sound legal framework and upholding the rule of law is crucial for any country looking to attract foreign investors, and in recent decades Kazakhstan has been at the forefront of the Central Asia region’s efforts to do just that.

“Confirmation of this is the large number of major foreign companies who have made long-term commitments and investments in Kazakhstan.”

Mr Beketayev was speaking at a high-level webinar on May 27, dedicated to Kazakhstan’s experience in improving the international business and investment climate, the third in an ongoing five-week series of such webinars, hosted by the World Bank.

In his opening remarks, the World Bank’s country manager for Kazakhstan, Jean Francois Marteau, introduced the key topic of the session – Kazakhstan’s commitment to investment dispute resolution and how its track record in this area can impact the country’s attractiveness as a forum for investment.

“We have done a lot of work on the legal framework, improving capacity building and the capacity of Kazakhstan’s institutions. Now it comes to implementation, and making that implementation transparent,” he said.

Mr Beketayev in turn reiterated that Kazakhstan is “deeply dedicated” to following and adopting the best frameworks for resolving disputes, and that this has helped to promote and protect the rule of law in Kazakhstan for both foreign and domestic investors.

Citing the establishment of the Astana International Financial Centre as evidence of the achievements made, he added: “the development of our institutions has been accompanied by a decline in the number of international arbitration cases brought against Kazakhstan,” something that is reflected by the latest World Bank data.

An important contribution the rule of law

Professor George Bermann, director of the Centre for International Commercial and Investment Arbitration at Columbia Law School, outlined the two competing principles which all states, including Kazakhstan, must navigate.

“One, the general duty of states to respect and comply with arbitral awards; and two, the right of a state to resist awards to which they have a legitimate defence under applicable treaties.”

A state that properly navigates this tension, Professor Bermann further explained, “will by definition have acted in a way that is genuinely pro-arbitration and in so doing have made an important contribution to the rule of law.”

So how is Kazakhstan performing in that regard?

Meg Kinnear, a vice president of the World Bank and secretary general of the International Centre for Settlement of Investment Disputes (ICSID), provided a summary of the function of ICSID and Kazakhstan’s experience with investor arbitration at ICSID and more generally.

She presented substantial data and highlighted the results of the 23 investor-state arbitrations in which Kazakhstan has been involved since gaining its independence in 1991. (The country has been a member of ICSID since 1992).

The data show that of 19 completed cases, 10 have been won by Kazakhstan, two were settled pre-award, and seven were lost at arbitration.

Of those seven, Kazakhstan has settled or paid the award in all cases but one – the Stati case – where Kazakhstan is actively challenging enforcement post-annulment.

As Ms Kinnear notes, these results are in line with those of other states and are “very balanced”.

This viewpoint was complemented by Kaj Hober, professor of international investment and trade law at Uppsala University, who discussed the impact of investment disputes on the investment climate from the perspective of states and investors.

Professor Hober emphasised that education and training are key, adding that “the statistics look good for Kazakhstan but that, even with those statistics, the specifics of each case must be interrogated to understand the truth rather relying on broad and often incorrect generalisations.”

August Reinisch, professor of International and European Law at the University of Vienna, focused on a specific phenomenon which has become more prominent in the last couple of decades – fraud and corruption in the field of investment arbitration.

Professor Reinisch highlighted that both fraud and corruption are “difficult to prove”, often based on circumstantial evidence, red flags and indications.

“While in the past established cases of fraud or corruption usually led to the dismissal of investor claims for lack of jurisdiction or inadmissibility, there are tendencies calling for more nuanced solutions, inspired by commercial arbitration approaches as well as Article 34 of the UN Convention against Corruption,” he said.

“The Ministry of Justice of Kazakhstan believes that the way to successful reform and change is to foster transparency and open discussion,” she said.

Highlighting the various initiatives and reforms that the ministry has been undertaking in terms of strengthening the mechanisms of investment dispute resolution across three categories: reforms of the legal framework, institutional reforms and cultural changes, Ms Akhmetova concluded by saying that: “all reforms and initiatives are carried out under the overarching principle of rule of law, which must be respected at all times.”