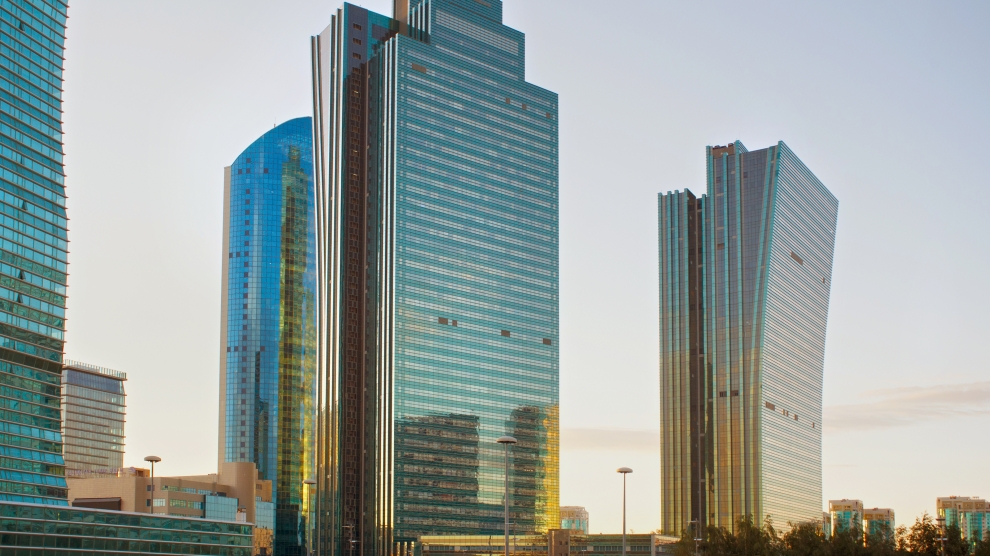 Innovative start-ups may not be the first thing that springs to mind when Central Asia is mentioned, but the region has in recent years been quietly carving itself a niche, especially Kazakhstan and Uzbekistan. The two countries now have start-up hubs, accelerators, and – crucially – an emerging venture capital ecosystem.

Kazakhstan’s capital Nur-Sultan has been leading the way in winning recognition in the global start-up world, with Startup Genome, a research and policy advisory organisation, awarding it a maximum 10 in its latest funding growth index, which measures growth of early-stage funding. According to Startup Genome, the average seed round of a start-up in Nur-Sultan is around 300,000 US dollars, a decent amount not too far short of the global average of 494,000 US dollars.

A turning point in the development of the Kazakhstan start-up ecosystem was the founding of the Astana Hub in 2018, an international IT and start-up one-stop-shop that already houses more than 500 IT companies, many of which are start-ups. Residents include the Barcelona-based delivery app Glovo and Polish cybersecurity firm WebTotem.

“Kazakhstan’s current start-up ecosystem is at the initial stage of its development, but is dynamically increasing its importance and gaining relevance,” the Astana Hub team tells Emerging Europe.

This relevance has been noticed by the World Bank, which put Kazakhstan in 25th place globally in its latest Ease of Doing Business rankings.

As part of the country’s start-up and IT strategy, start-ups in Nur-Sultan’s Astana Hub enjoy preferential tax status. Operating under what is termed “English law”, resident start-ups are free of individual, corporate, and value added tax burdens. Income taxes are not expected to be charged until 2066.

“It shows that the ecosystem of the capital overall has a high potential for further development and for increase in funding for local start-ups”, say the Astana Hub team.

Fintech and GovTech are emphasised as a specific regional strength of the Kazakhstan ecosystem. In 2018 the Astana International Financial Centre introduced a fintech regulatory sandbox and visa-free entry for residents of 57 countries, including all OECD member nations. E-government is taken seriously in Kazakhstan, with over 80 per cent of government services available online, and now used by 10.7 million users annually. In 2020, the government launched a Smart Bridge project which aims to simplify the integration process of state information systems with the private sector.

Regulatory sandboxes and strong e-government have proven very successful in countries such as Estonia and Lithuania, where they make it easier for companies in the start-up sector to operate and offer innovative solutions.

It therefore comes as no surprise that in the same year, Senim, a smart wallet provider, raised 120,000 US dollars in its Series A round.

Senim is not the only success story to come out of Kazakhstan. No account of the start-up scene in the country would be complete without mentioning ChocoFamily, a holding uniting six different firms which is now Kazakhstan’s largest IT company. Founded in 2010 with 150,000 US dollars raised from friends and family, the company is now valued at 70 million US dollars, after attracting five million US dollars in its fourth investment round in 2019.

Smaller start-ups with innovative solutions to various problems are emerging from the country too. Sezual, a company working on a device that uses echolocation to help blind people has attracted interest from investors, scientists, and even Microsoft.

Start-ups are also quickly catching up with the kind of services that western firms have been offering for years. ApartX, a service for owners of rental properties lets its clients manage their units remotely and safely using smart locks. Able.kz is an online platform offering courses in IT, Zan.bar lets users search for lawyers online and Zumcare.kz does the same for doctors and other medical services.

When it comes to investing, the Astana Hub team admits the development of a true venture capital and private equity system is in its early days, but the country already has several serious investment funds.

Of the currently active funds, QazTech Ventures, a US-based fund, is one of the biggest players which cooperates with 500 start-ups. QazTech also conducts search and selection of Kazakh start-ups for the Singapore-based VC fund Quest Ventures.

Meanwhile, the National Innovation Fund of Kazakhstan and the Centras Financial Group have created the Centras Venture Fund which currently has 15 projects in its portfolio.

Angel investing is getting a start in the country too with QazAngels, a business angel club that connects entrepreneurs and investors.

“Angel investing is a key to early stage start-up development. But in Kazakhstan not all investors are experienced angels. Our member angel investors are helping to grow and develop start-ups by introducing them to new investors, strategic partners and providing necessary expertise,” Ruslan Rakymbay, founding member of QazAngels, tells Emerging Europe.

“Indeed, start-ups are a new thing, but the ecosystem already has incubators, accelerators, VC funds and start-ups. Not a lot, but this is only the beginning. Kazakhstan still needs to work its legislation/regulation in that field, develop and grow in quality and quantity acceleration programmes, and provide incentives for investors to invest,” he adds.

According to Astana Hub, the Kazakh government actively encourages start-ups and entrepreneurship.

“Kazakhstan is supporting startups by offering tax preferences, grants, law preferences, and a special visa regime to allow foreign partners to get work visas for up to five years,” they say.

The hub is also involved in nurturing young talent in the country.

In neighbouring Uzbekistan, the situation is much the same. The country’s start-up ecosystem in its early stages, but with help from government initiatives a start-up scene is slowly starting to emerge.

An IT park was opened in 2019 in the capital of Tashkent by government decree, after internet speeds shot up in the country in 2018 (from 110 Mb/s to 1.2 Gb/s per second) on, it is said, President Shavkat Mirziyoyev’s personal initiative.

There is interest from foreign investors too. In 2019, Georgia’s TBC Bank purchased a 51 per cent stake in the payment service provider Payme for 5.5 million US dollars, marking it the biggest equity investment ever for an Uzbek IT company.

The country’s ministry of innovation and development, together with the Centre for Advanced Technologies and Startup Factor, have also created the CAT science accelerator which has already seen 17 start-ups go through its programme.

This year, the accelerator is once again looking for science-focused start-ups.

While Akmal Paiziev, co-founder and CEO of two successful Uzbek start-ups — the food delivery platform Express24 and the taxi order service MyTaxi — tells Emerging Europe that the start-up scene in the country is still very much in an early stage, he adds that recent government initiatives like the opening of the IT park will have a positive effect.

“Companies that are members of IT Park are enjoying better conditions of doing business. They pay less tax and can reinvest saved money to spur growth. IT Park also has incubator for early stage start-ups,” he explains.

According to Mr Paiziev, the two main problems facing start-ups in the country are a lack of talent and funding.

“There are three or four angel investors who invest in tech start-ups (not professionally), and few funds,” he says.

Both Kazakhstan and Uzbekistan are newcomers to the global start-up and innovation scene, but it’s clear that an ecosystem is fast emerging in both countries. With support from government bodies and the formation of various accelerators and funds, stakeholders finally seem to be taking start-ups very seriously, as both countries look to divest from traditional industries, such as cotton in Uzbekistan and oil in Kazakhstan.

It’s only a matter of time before Central Asia joins other emerging Europe regions in being a key player in the global start-up scene.