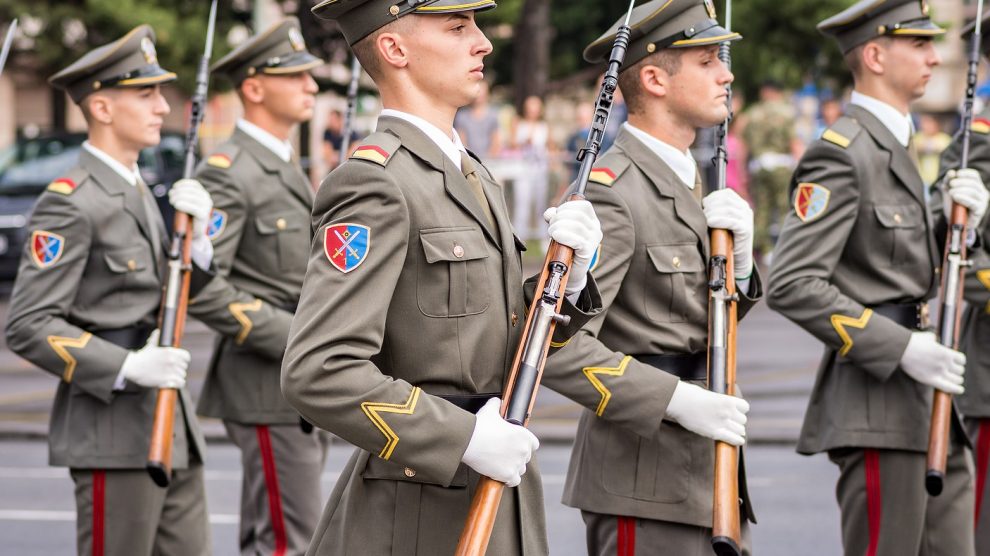 Serbia suspended obligatory military service in 2011, but the country looks set to reintroduce it, despite concerns that it may struggle to foot the bill.

Will young men in Serbia once again have to set aside six months to serve in the country’s army? It appears that way, with President Aleksandar Vučić, defence ministry officials and the Serbian armed forces all recently suggesting that national service would have to be reintroduced.

Military service was mandatory in Serbia until 2011, when it was suspended amid a push to professionalise the country’s armed forces.

Three months voluntary service remains an option for those who want to become professional soldiers but do not want to attend the country’s military academy.

In recent years, however, officials have regularly floated the idea of bringing back mandatory service and over the past few months the idea has gained much support.

“Even though the current model of voluntary service had positive effects in the first years of its application, mainly due to the interest of young people to work in the army and by allowing women to serve too, the voluntary service model means that levels of recruitment have not reached their full potential,” Milan Mojsilović, chief of the general staff of the Serbian armed forces said in April.

The idea is now on the political agenda. It is mentioned in the governments plans for 2021 and in its medium-term defence strategy for 2021-2023.

Supporters of mandatory service have noted that the practice still exists in some western European countries such as Denmark and Switzerland. Following the Russian annexation of Crimea in 2014, several other countries — Ukraine, Sweden, and Lithuania — reintroduced obligatory military service.

In Serbia, reintroducing national service would be an overwhelmingly popular measure. According to research by the Belgrade Centre for Security Policy (BCSP) carried out in late 2020, around three quarters of the population support it.

Most respondents (63 per cent) said “teaching young people discipline” would be the main benefit, while a further 20 per cent cited “tradition”.

Interestingly, only eight per cent of those surveyed mentioned external threats as a reason for its reintroduction.

Even some of those who would be directly affected do not seem to mind.

“I think it’s not a bad thing to bring it back. Young people can go through military service and see it for themselves. I think my generation and those that are following should see what discipline is,” Đorđe Nikolić, a 15-year-old high school student in Ćuprija tells Emerging Europe.

Marija Ignjatović, a researcher at BCSP, says there is a perception of the army in Serbia as being a “school of life”.

“The highest percentage of support is recorded among older people who wouldn’t be burdened with mandatory service. There is definitely the question if the enthusiasm for military service would be maintained in practice or if it would lead to young people leaving the country, or open up room for corruption,” she says.

Indeed, not all young people are convinced by the benefits of army life.

“[I am] definitely against, I think it’s totally stupid, a waste of money,” says Petar Mihajlović, a 25-year-old tech support worker. He adds that if summoned, he’d definitely try to find a way to get out of it and as far as he’s concerned the “turning boys into men” argument is a myth.

“Where are all these men that the army made better? These are the people who are now 40 or 50 or 60, the ones who left this country in this condition, so I don’t know where all these people the army transformed are.”

Even among those young people who see mandatory service as a good thing, there is a worry that things are not as they used to be.

“I talked to my friends who’ve been [in voluntary service]. It was more messing about than having training and exercises. That’s why I don’t like it,” says Aleksa Dundić, a 23-year-old cooling system technician from Jagodina, who adds that he considered voluntary service but gave up on it.

Details of what the new mandatory service could look like are currently up in the air. Would it be six months or nine? How much would the recruits be paid? What of those who don’t want to serve for any reason? Serbia has enshrined the right to conscientiously object in its constitution. Previously, such individuals could choose to serve in the regular army but be exempt from carrying weapons or opt for nine months civil service.

According to the country’s defence minister, Nebojša Stefanović, it’s likely that once brought back, training would last between four and six months. He also added that conscientious objectors would be able to serve without weapons and “they will do other jobs in the barracks”.

Can Serbia afford it?

In the midst of all the talk about tradition and turning boys into men, some experts have begun asking more pragmatic questions. Does Serbia actually need mandatory service, what are the actual foreign threats, and perhaps most importantly — can the country afford to pay for it?

Mr Stefanović has said that mandatory service would cost Serbia around eight billion Serbian dinars per year, around 67.9 million euros.

“We can only speculate at this point given that we don’t have any details and a concrete proposal of the model of mandatory service that would be applied,” says Ms Ignjatović.

As to the actual reason why the idea is being seriously entertained now, Ms Ignjatović points to an ongoing problem of professional army cadre leaving the services. According to data from BCSP, only around 11,000 people applied for voluntary military service in the last seven years and around 1,600 professionals leave the army each year.

“Bringing mandatory service back is an inadequate response to the problem of professional cadre drain that is becoming more pronounced. By bringing the obligation back, the army reserves would be replenished but the professionals who are leaving would not be replaced as their specialisations and tasks cannot be left to recruits,” she explains.

Ms Ignjatović adds that when it comes to security challenges, officials have not highlighted what they are and why the country’s professional army would not be able to meet them.

“The defence strategy, adopted only two years ago, emphasises the necessity of developing a modern and efficient army so it’s not clear what changed in this brief time that would require a mass conscript army,” she says.

A final decision on whether or not to reinstate mandatory military service is expected later in the year and would have to be made by parliament, the same body which suspended it ten years ago.