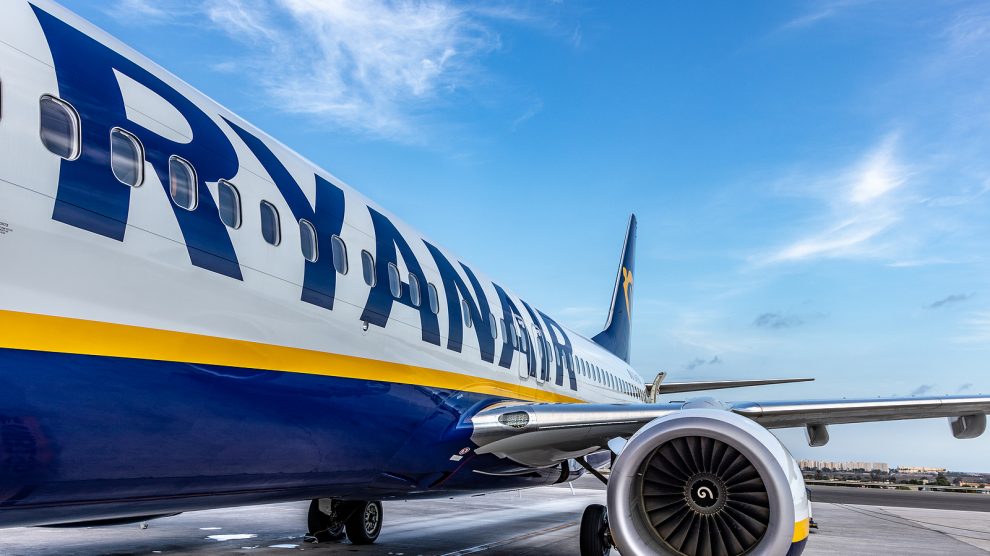 The International Air Transport Association is unhappy with the European Aviation Safety Agency’s ban on flights over Belarus, calling “the politicisation of aviation safety”.

The International Air Transport Association (IATA) has called on the European Aviation Safety Agency (EASA) to maintain what it says is a “critical separation” between politics and aviation safety issues.

The call follows a move by the EASA to replace its recommendation or European airlines to carefully assess the risk of flying over Belarus with a blanket prohibition on all European aircraft entering Belarusian airspace.

The EASA’s decision to prohibit airlines from entering Belarusian airspace came after a Ryanair flight from Athens, Greece, to Vilnius in Lithuania was forcibly diverted to Minsk in order to facilitate the arrest of a dissident Belarusian journalist, Roman Protasevich, and his Russian girlfriend Sofia Sapega.

However, according to IATA Director General Willie Walsh, “aviation safety must never be politicised,”

“IATA condemned the actions of the Belarus government and called for an independent investigation,” he says. “Banning European aircraft from using Belarusian airspace with a safety directive is also a politicisation of aviation safety. This is a retrograde and disappointing development. EASA should rescind its prohibition and allow airlines to manage safety as they do each and every day—with their normal operational risk assessments.”

“Two wrongs do not make a right. Politics should never interfere with the safe operation of aircraft and politicians should never use aviation safety as a cover to pursue political or diplomatic agendas,” adds Walsh, a former CEO of Aer Lingus and British Airways.

On May 23, Ryanair flight FR4978, while overflying Belarus, was forced to divert and land in Minsk by Belarusian authorities, ostensibly because of a bomb threat from the Palestinian terrorist group Hamas.

Subsequent searches found no trace of explosives, however, and Hamas has denied the accusation.

In the immediate aftermath of the incident EASA issued a Safety Information Bulletin advising airlines to avoid operations in Belarusian airspace.

This did not ban European aircraft from using Belarusian airspace but required any airline that continued to do so to satisfy themselves that the safety of the aircraft, passengers, and crew, was not at risk.

IATA says that while it supported this measure as a proportionate response to the actions of the government of Belarus, it also supported the decision of the several airlines which continued to use Belarusian airspace.

Last week, the boss of Hungarian airline Wizz Air also criticised European governments for barring flights over Belarus in response to the forced landing of the Ryanair plane.

József Váradi told the news agency Reuters: “I don’t think this is the right response. I don’t think aviation should be used as a means for political sanctions. Nothing has happened that would have jeopardised flight safety or security. I don’t think anyone was unsafe for a second,” Váradi said. “It’s a political measure. This is not a safety measure.”

In a tearful interview that his family say was conducted under duress, Protasevich last week praised Belarusian dictator Alexander Lukashenko and admitted attempting to topple him.

The abducted journalist said that while he had criticised Lukashenko in the past, he had begun to understand “that he was doing the right thing and I certainly respect him”.

At the end of the interview, Protasevich burst into tears and said he hoped one day to marry and have children.

However, with marks visible on his wrists, human rights and opposition campaigners say he has been tortured.

“It is horrible to think of the brutality that Belarus security forces must have used to force Roman Protasevich to make this video. It should be Exhibit A in a prosecution for torture and ill treatment under President Lukashenko,” said Kenneth Roth from the advocacy group Human Rights Watch.

Protasevich, a former editor of the highly influential Telegram channel Nexta, was wanted in Belarus for his role in organising last year’s protests against the Lukashenko. Nexta was one of the key channels used by opposition protesters to mobilise support against Lukashenko following a rigged presidential election last August which the dictator claimed to have won with an implausible 80 per cent of the vote.

In November, Belarus placed Protasevich on a terrorist watchlist and charged him with three protest-related crimes. He faces up to 15 years in prison if convicted.