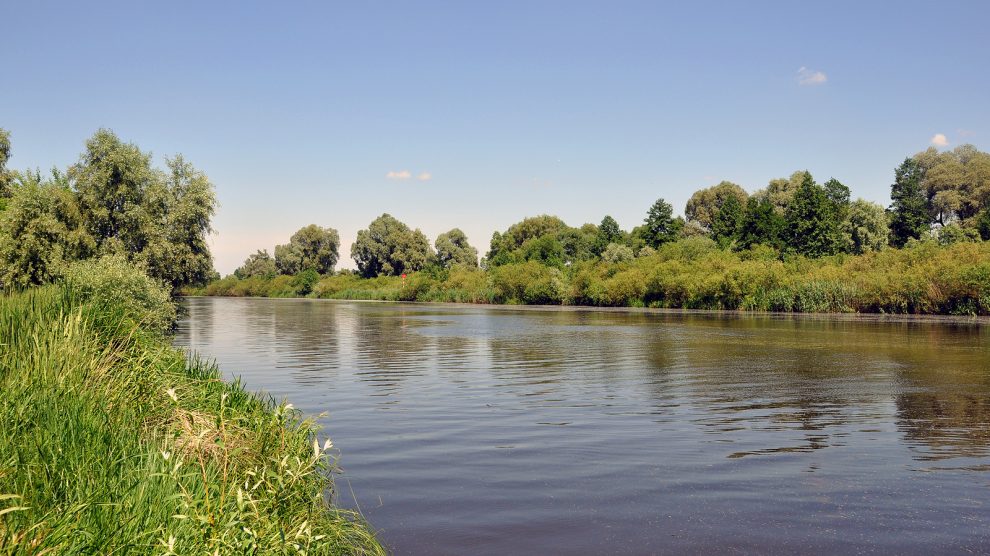 Dredging of the Pripyat River in Ukraine has begun at eight different sites, placing 28 million people living downstream – who depend on the Dnieper River, of which the Pripyat is a tributary, for water and food – at increased radiation risk. Four of the eight sites at which dredging is now underway are in the Chernobyl Exclusion Zone, which covers an area of approximately 2,600 square kilometres and which was created in the aftermath of the accident at the Chernobyl Nuclear Power Plant in 1986.

The dredging is being carried out as part of a major infrastructure project that will restore a waterway between Ukraine and Belarus, and is seen as the first steps of a much larger project, known as E40, that will create a navigable channel more than 2,000 kilometres in length that will eventually link the Baltic Sea to the Black Sea.

A transnational initiative of the Polish, Belarusian and Ukrainian Governments, E40 has been hailed by its proponents as a new commercial highway between the ports of Gdansk, Poland and Kherson, Ukraine, which will attract investments and create new jobs. However, according to the World Wildlife Fund, the project’s 2015 feasibility study was incomplete in various respects, including consideration of environmental issues. Public participation has not been enabled, and alternatives to meet the strategic objective of better freight connections between the Black and Baltic Seas have not been adequately explored.

According to an independent scientific study by the French organisation ACRO, 28 million people downstream who depend on the Dnieper River for water and food could be at increased radiation risk if dredging in the Chernobyl Exclusion Zone continues. Furthermore, the Pripyat River and Kyiv’s artificial lake will become ongoing sources of radioactive contaminants because annual dredging will be needed to ensure the successful operation of the E40 waterway. This would contaminate the water supply of up to eight million people, including the population of Kyiv, while irrigation and the use of dredged soil for agriculture could contaminate crops that 20 million Ukrainians depend upon.

Ariel Brunner, senior head of policy for Europe and Central Asia at Birdlife International, a global partnership of non-governmental organisations that strives to conserve birds and their habitats, warns that, digging up radioactive material and sending it down the river into heavily populated areas is irresponsible. “Indeed the entire E40 is an ill-conceived and potentially devastating project that is being pushed forward in complete disregard of Strategic Environmental Assessment (SEA) and Environmental Investigation Agency (EIA) legislation,” she says.

Ukraine is a contracting party to the International Commission for the Protection of the Danube River (ICPDR), which signed the Joint Statement on Guiding Principles on the Development of Inland Navigation and Environmental Protection in the Danube River Basin in 2007. This document requires that navigation infrastructure development respects environmental legislation and policies and involve wide stakeholder participation.

“There is no reason why the same principles should not be valid for other rivers in Ukraine,” says Irene Lucius, regional conservation director of WWF Central and Eastern Europe. “Ukraine should also be true to its commitment to the European Green Deal, which enshrines the ‘do no harm’ principle. Much harm could be done if further Pripyat activities and future E40 measures will be implemented.”

Polesia, a natural and historical region starting from the farthest edges of Central Europe and into Eastern Europe, is Europe’s largest wetland wilderness, encompassing massive carbon sequestering peatlands and a crucial habitat for endangered European wildlife. The E40 proposals involve straightening, deepening, damming, and dredging rivers in some of the most sensitive parts of Polesia. Campaigners claim that these alterations would dramatically change the area’s flood regime.

Beyond the threat of radioactive sediments being disturbed and redistributed, the impacts of the E40 waterway will dry up rivers, damage landscapes, negatively impact wildlife, and destroy the livelihoods of local people. The area has huge ecotourism potential, a green development opportunity that would also be undermined should E40 go ahead. Changes to the area’s hydrology could also dry out Polesia’s peatlands, turning an important carbon sink into a serious carbon source.

While WWF agrees that there is no question Ukraine needs improved transportation links with its neighbours and countries further afield, including the European Union, the E40 waterway is not the only option. E40 construction will be extremely expensive, particularly the Polish and Belarus sections. Current estimates put the initial investment at over 12 billion euros. Given the high environmental, social, technical and legal risks, there is a good chance that finance will not be secured for these sections, and without them the Ukrainian element of the project will have little purpose.

WWF argues that the transport of goods using the E40 inland waterway would be slower, more expensive, more polluting, and less reliable than electric rail; therefore construction of E40 makes no sense. Instead, it says, the priority should be investing in the existing railway network connecting the Baltic and Black Sea. Governments should modernise border crossings, increase train capacities and speed, and improve logistics infrastructure to handle cross-border trade.

In October 2019, the Belarusian government signed an investment agreement with Beltopenergo, an oil and petrochemical firm, for the construction of a port on the Dnieper River in the country’s Gomel region, near the Ukrainian border. The country’s controversial president, Alexander Lukashenko, currently under pressure to resign following a rigged presidential election, has long championed river navigation on the Dnieper and the Pripyat rivers, claiming that it is key to the development of the Belarusian logistics sector.

The Polish section of the E40 waterway would run from Gdańsk, along the Vistula River, to Warsaw, then follow the Bug River eastward to Brest, in Belarus. The Bug forms part of a natural river border dividing Poland and Belarus, whereas the Vistula runs south–north through the heart of Poland, via Kraków, Warsaw and Gdańsk, and is Poland’s longest river at 1,000 kilometers.

Poland is currently set to go ahead with construction of a canal through the Vistula Spit despite growing concerns from local residents, environmentalists and the European Union that it could negatively impact the environment.

The widening of the Vistula Spit would allow ships to enter Poland’s maritime area without having to request permission from Russia to use the only other entry point into the Vistula Lagoon, which is located on Russian territory.