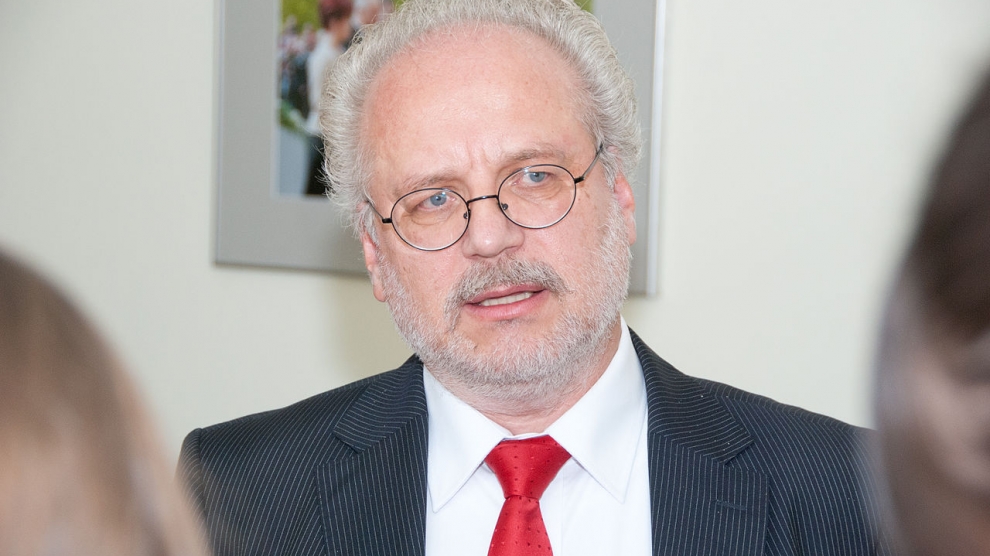 Latvia’s centre-right government has decided to nominate Egils Levits (pictured above), a judge at the European Court of Justice, as its candidate for president.

Based on preliminary agreements reached by coalition partners, Mr Levits looks set to secure up to 56 votes from Latvia’s parliament, the Saeima, which elects the country’s president. To be elected, Mr Levits needs the backing of 51 parliamentarians.

“It is highly important and significant that all parties in the government coalition, which represent the majority and diversity of Latvia’s voting population, have managed to agree on this important matter and come to this decision. Of course, I would be grateful for the opportunity to serve Latvia,” said Mr Levits.

So far, the National Alliance, the New Conservative Party and the Development Party have all confirmed that they will support Mr Levits. In addition, Latvia’s prime minister Krišjānis Kariņš said that the New Unity Party and the Who Owns the State Party (KPV LV) will also back the judge.

KPV LV, a newcomer to the governing coalition, had previously considered nominating its own presidential candidate.

However, on April 15 KPV LV leader Artuss Kaimins announced that his party would not put forward a candidate and called Mr Levits “the perfect choice”. Latvian media have nevertheless reported that KPV lawmakers will be allowed a free vote.

Opposition parties have yet to nominate a candidate for the vote, likely to take place at the end of May. Current president Raimonds Vejonis has yet to decide if he will attempt to win a second term in office.