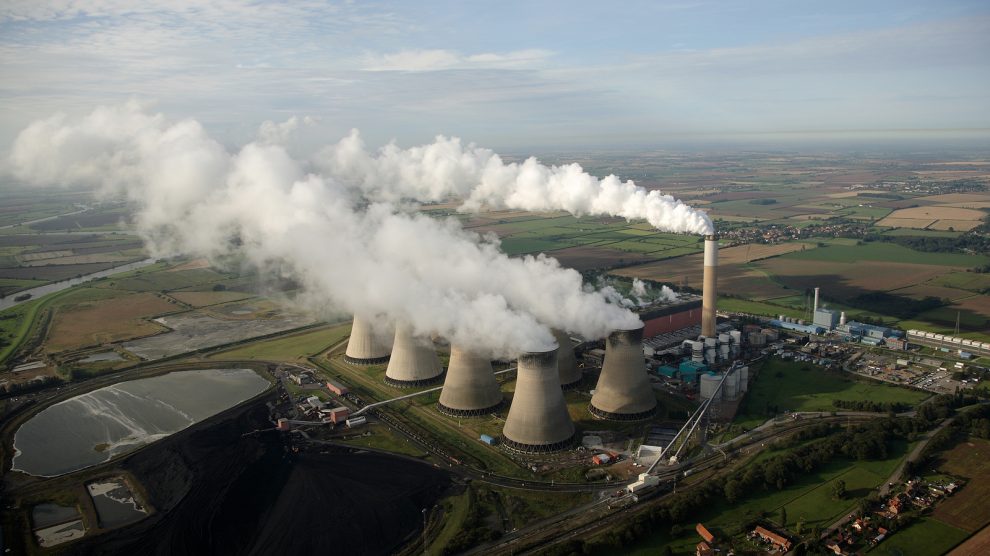 The Czech government looks set to formally announce an exit from coal in February, but its plans lack ambition, claim environmental groups.

The Czech government is expected to agree a date for the closure of all of its coal plants on February 1, although none of the options currently on the table are in line with climate science or economic reality.

Ministers are already split on the issue, and will be acutely aware of a decision by the EU Foreign Affairs Council on January 26 to push for a complete global phase out of coal powered electricity generation.

In December, the Czech coal commission recommended a 2038 coal exit, based on an unrealistically low emission allowance price of 30 euros per tonne in 2030, despite it hitting almost 35 euros per tonne earlier this month.

With the EU seeking to put the more ambitious 2030 climate target into legislation later this year, allowance prices are expected to go even higher. Meanwhile, reports by Bloomberg New Energy Finance (BNEF) and a UK think tank, Ember, show that Czechia could exit coal by 2030 (which is the UN Paris climate agreement-aligned date) if economics are left to determine the energy mix, and investments in renewable energy production are made at a rate similar to other EU countries.

“Czech ministers need to read the room carefully before voting on the country’s coal exit, as the post-2030 dates they currently have on the table are out of sync with EU political and market reality, and risk future potential exclusion from EU funds,” said Kathrin Gutmann, campaign director at Europe Beyond Coal, an alliance of civil society groups working across 28 European nations, including the Western Balkans and Turkey.

“The EU Foreign Affairs Council and UN Secretary General are already calling for an end to coal globally, three European countries have already gone coal free, and a further eleven are set to do so by 2030 at the latest. Czechia has an unprecedented opportunity to join them. All it needs is its government to accept the inevitable end to coal this decade.”

“The only logical choice for Czechia is to set a Paris-compatible coal exit date, which means no coal power plant should be operational beyond 2030. Coal is bad for our health and our wallets, and there is no way it can survive without citizens’ money as subsidies, adds Elif Gündüzyeli, senior coal policy coordinator at Climate Action Network Europe.

According to BNEF, whose report, Investing in the Recovery and Transition of Europe’s Coal Regions, looked at four key key Central and Eastern European economies (Bulgaria, Poland, Romania and Czechia), current market conditions and existing policies can accelerate the transition away from coal to cleaner, more affordable sources of energy, not least as transition pathways reveal the untapped economic gain that will result from a speedy transition towards cleaner energy.

For these critical countries, the report outlines how the transition to renewables can unlock 54 billion euros in investments and create 45,000 jobs – just the kind of stimulus the economy needs to recover from Covid-19.

Across the European Union, renewables last year generated more electricity than fossil fuels for the first time ever.

Fossil fuel-powered energy fell to 37 per cent whereas renewable sources rose to 38 per cent in 2020.

“It is significant that Europe has reached this landmark moment at the start of a decade of global climate action,” explains Dave Jones, senior electricity analyst at Ember.

“Europe is relying on wind and solar to ensure not only coal is phased out by 2030, but also to phase out gas generation, replace closing nuclear power plants, and to meet rising electricity demand from electric cars, heat pumps and electrolysers.”

Portugal, which took over the rotating six-month presidency of the European Union on January 1, intends to use its presidency to finalise a landmark law containing the bloc’s emissions-cutting targets.

The bill would make the EU’s climate targets irreversible, including its plan to cut greenhouse gas emissions to net zero by 2050, and speed up emissions reductions this decade.

Not before time, EU launches ageing population policy debate
A sustainable future is in the hands of talented young people
Comment