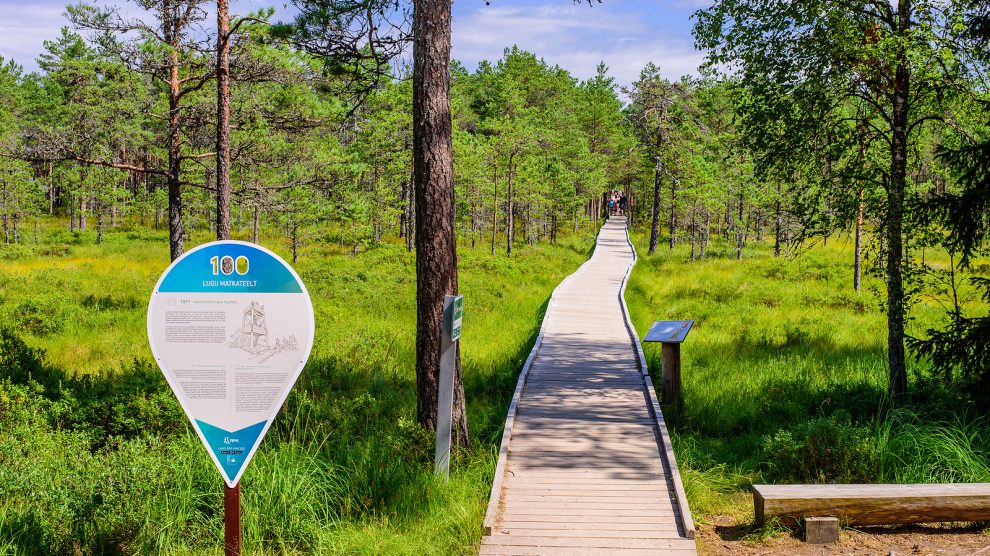 The air in much of emerging Europe is endangering the health of its citizens.

Air pollution remains a major issue for countries in emerging Europe, according to the latest air quality report by IQAir that looks into average annual concentrations of particulate matter 2.5 (PM2.5).

The World Health Organisation (WHO) considers particulates a Group 1 carcinogen, along with such substances as arsenic and asbestos.

Particulates are dangerous because they can penetrate deep into the lungs, brain, and blood stream, causing health problems such as heart attacks, respiratory disease and premature death. Of these particulates, those designated PM2.5, which means they have a diameter of 2.5 micrometers or less, are considered the most dangerous and deadly.

According to the WHO, 4.2 million deaths occur worldwide every year as a result of air pollution. Air pollution has also been linked with higher mortality rates from Covid-19.

WHO guidelines state that an annual concentration below 10µg/m3 (micrograms per cubic metre) minimises the risks involved, and in emerging Europe, only Estonia clears this metric, with its 2020 annual average coming in at 5.9µg/m3.

This makes the air Estonians breathe the least polluted in the region. The town of Kohtla-Jëvre in Estonia is the only one in emerging Europe to find itself among the top least polluted cities in Europe.

While Latvia, Lithuania and Czechia come close to the WHO guideline, the rest of the region fares worse.

The situation is especially dire in the Western Balkans, with Bosnia and Herzegovina, North Macedonia, Bulgaria, Montenegro, and Serbia the worst countries in Europe for PM2.5 air pollution.

In the list of the most polluted European cities, emerging Europe is also over-represented, with eight of the ten worst offenders found in the region. Orzesze in Poland had the highest 2020 PM2.5 average at 44.1µg/m3, more than four times the WHO guideline. Sarajevo comes a close second in Europe and is one of two emerging Europe and Central Asia capitals (along with Bishkek, Kyrgyzstan) to appear in the top 10 most polluted world capitals list.

In the Western Balkans, a lack of regulation enforcement in the industrial sector, coupled with lignite being used as a source of power and heat, along with homes being heated with wood and coal in the winter, contribute to levels of pollution higher than the European average.

Albania is an outlier, with the least air pollution in the Western Balkans, at 16µg/m3 average yearly concentration of PM2.5. 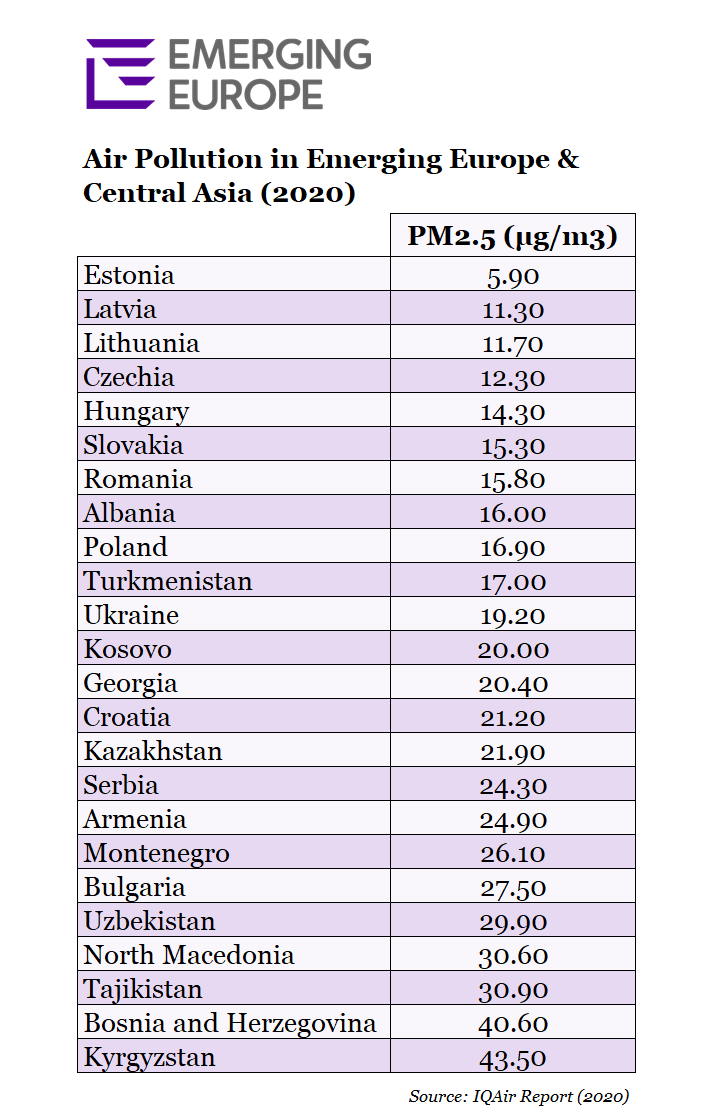