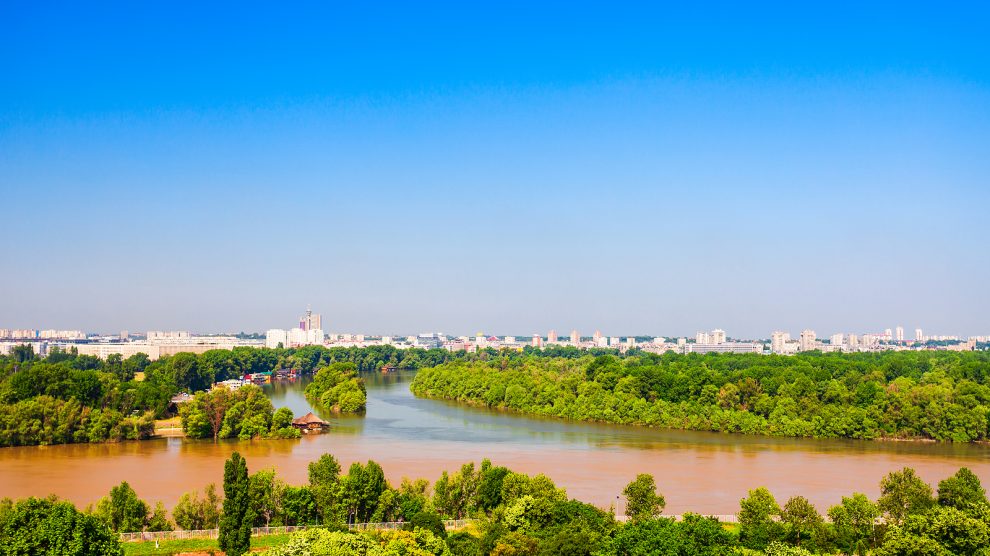 The Western Balkans have been afflicted by poor air quality for decades. Now, the region is facing a problem with the quality of its water supply too.

It’s no secret that air pollution in the Western Balkans is a problem. Caused primarily by sulphur dioxide (SO2) and dust emissions from coal-fired power plants, the problem became particularly acute in 2020, when poor air quality was linked to higher Covid-19 death rates.

And yet while air pollution has become one of the most fiercely debated subjects in the region, with governments finally realising that they need to take action, it appears that the equally pressing issue of polluted water is being ignored.

This is a problem, because across the Western Balkans region rivers are polluted and the water supply of millions of people is being put in serious jeopardy by unfiltered pollutants being dumped in rivers, garbage dumps near water, mini hydroelectric plants, and construction plans that don’t take into account the environment.

Garbage island on the Drina

In January, local and international media reported on a “island of garbage” floating near the Višegrad hydroelectric plant on the Drina river in Bosnia and Herzegovina. According to environmentalists, this is not a new problem for the river, which forms most of the border between Bosnia and Herzegovina and Serbia, and whose source is in Montenegro.

Dejan Zagorac, president of the Belgrade-based environmental NGO Eko Centre, says that the problem is complex and arises from many different factors. He explains to Emerging Europe that garbage islands are not a new phenomenon. He says that such islands have also appeared near the Perućac hydroelectric plant over the past decade.

Campaigns calling for action have cropped up from time to time, and there was even a donation from Norway in the form of a special boat that could collect the trash, but issues around who should pay for the fuel have created a problem for its continued use.

“Then all is forgotten and people continue to throw their trash into the rivers because ‘the water will carry it all away’,” he says.

Landfills near river banks in Serbia, Montenegro, and Bosnia and Herzegovina are the main cause of the formation of the garbage islands. According to some estimates, between 6,000 and 8,000 cubic tonnes of trash ends up in Drina every year.

However, Mr Zagorac is quick to point out that the blame does not really lie with ordinary people. Instead, it’s up to officials to regulate matters properly. He explains that while municipal governments have been using state and international funds to set up proper landfills and manage the waste, the results of those projects have been mostly poor.

“Systemic change is needed, putting the environment into the spotlight of society, controlling the laws and decisions is needed, as well as raising consciousness in the local population,” Mr Zagorac says.

The dangers of the pollution are multifaceted. Biodiversity in the Drina river is at stake, as well as human health.

“Economic consequences should not be understated from this pollution, from making the hydroelectric plant less efficient to creating a negative image of the region in terms of tourism,” Mr Zagorac explains.

The dark side of Belgrade’s river raft clubs

The Drina is a tributary of the river Sava, whose confluence with the Danube bisects Serbia’s capital Belgrade, a natural divide between the old and new parts of the city.

And on the Sava, things aren’t much better than on the Drina. The many river raft clubs (splavs), a staple of nightlife in the city, have a darker side.

Savski Nasip (Sava Embankment), a term sometimes used to refer to the entire right bank of the Sava in New Belgrade, is threatened by the illegal building of weekend homes and splavs in a zone that should, by law, be protected.

Even on the Sava Quay, a part of the bank where splavs are allowed, those same nightlife venues contribute to pollution. Most dump their sewage directly into the river. So do the splavs on the Danube Quay, mere metres away from the Lido beach on the city’s Great War Island.

But the real danger comes from the illegal buildings in the so-called forbidden zone, an area from where a large part of Belgrade draws its drinking water. The water that Belgraders drink comes from the river Sava and from underground water collected at the banks through radial wells.

However, as the members of Savski Nasip, an organisation dedicated to protecting the area, point out, illegally-built weekend homes pose a threat both to the underground water collectors and to the surface water of the Sava.

They also warn that the surface water of the Sava can become too polluted to be used if a high amount of pollution occurs upstream.

Additionally, there is a threat to the city’s flood defences, as the primary role of the Sava Embankment is to protect New Belgrade from inundation: construction physically damages the embankment. Another issue is the amount of dirt and debris that ends up in the water during construction. According to the group, this has significantly altered the Sava’s flow, directing more water into the embankment and lessening the protection it offers against floods.

According to Savski Nasip, while the authorities have responded in some specific cases, there has been no comprehensive approach to solving these issues.

The trouble with drinking water

After decades of waiting, Belgrade is finally getting a subway system. Construction on the long-awaited metro should begin soon, but there are ecological implications that worry activists and experts.

Makiš, an area of Belgrade along the Sava river, is the site of 30 of the 100 radial wells that supply Belgrade with drinking water.

Soon, it will also be the site of the subway’s depot. Previously, there were plans to develop a residential and business complex at the site, by the BK Group, a company connected to the controversial Serbian businessman Bogoljub Karić. In late January, however, representatives of BK Group said that they had abandoned Makiš as a site for their Tesla City project, after consultations with various NGOs and concerned citizens.

Nevertheless, in December last year the city government approved plans to build such a project – along with the subway depot. With BK Group pulling out it remains unclear what will happen to the plans for Tesla City, but presumably, the depot at least will still be built.

Dušan Polomčić, a professor at the Faculty of Mining and Geology at the University of Belgrade, has told the Serbian Beta news agency that plans to build such a complex would pose a risk to both the quality and the quantity of potable water available in Belgrade.

The EU is worried

For now, Belgrade remains one of the few cities in Europe where tap water is safe to drink. That isn’t the case in many other places in Serbia. According to a recent report by the country’s Institute of Public Health, 50 municipal water systems in Serbia supply water that is unsafe for consumption.

Data on water quality is collected regularly for municipal water systems, but this is not case in Serbian villages, many of which are not hooked into the municipal system. Villagers use their own wells, and their own septic tanks. Without systematic controls in this area, it remains up to the villagers themselves to check their water quality.

Landfills and lack of wastewater treatment is as common a problem for villages as it is for cities. According to the 2020 Communication on EU Enlargement Policy for Serbia, untreated sewage and wastewater remain the biggest causes of pollution.

The EU also notes in its report that Serbia’s level of alignment with the EU acquis is moderate when it comes to water quality and work on an action plan for a water treatment strategy has not progressed.

Taken together, the issues faced by Serbia and Bosnia and Herzegovina paint a picture of a systematic lack of concern for water quality and other environmental issues related to rivers and the water supply.