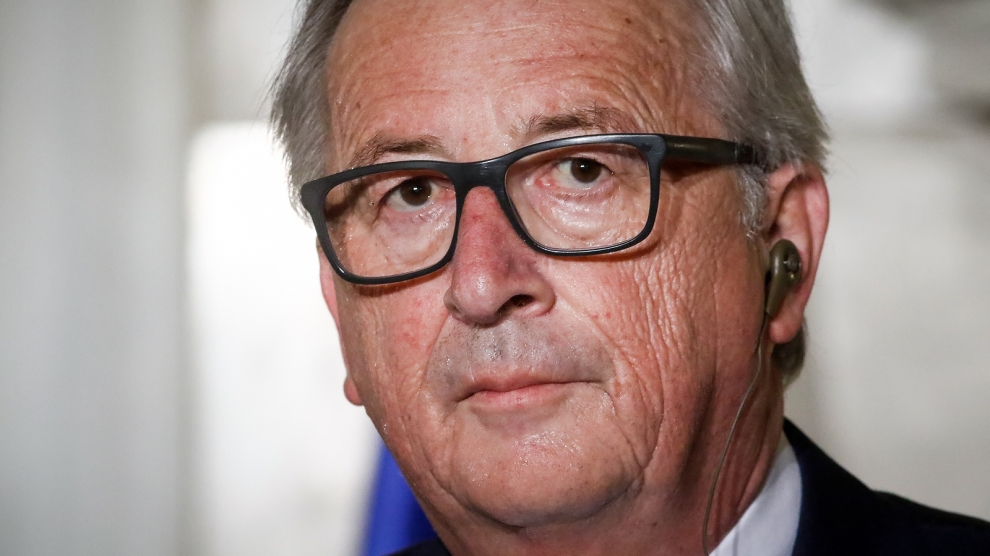 Jean-Claude Juncker, the president of the European Commission, is expected to use next week’s European Union summit in the Transylvanian city of Sibiu as an opportunity to call for greater integration amongst member states, including a move towards the creation of a genuine European Defence Union.

The summit, which is the main event of Romania’s presidency of the Council of the European Union, will be one of the last chances for Mr Juncker to present his vision of the EU’s future before he steps down in November.

“The duty of every generation is to change the destinies of Europeans, present and future, for the better, and to make good on our enduring promise of peace, progress and prosperity,” said Mr Juncker. “The challenges we Europeans collectively face are multiplying by the day. For Europe to thrive, the EU’s member states must act together. I remain convinced that it is only in unity that we will find the strength needed to preserve our European way of life, sustain our planet, and reinforce our global influence.”

Mr Juncker is expected to outline five key areas that he believes should form the basis of the next European commission’s strategic agenda. These are defence, research and innovation, social rights, climate change and sustainability, and closer relations with near-neighbours.

In his 2017 State of the Union address, President Juncker unveiled a roadmap detailing the main steps towards a more united, stronger and more democratic European Union. Building on this, national leaders met in Tallinn, Estonia, and agreed on a Leaders’ Agenda – a list of the most pressing issues and challenges for which solutions should be found, ahead of the European elections scheduled for May 23-26.

At the Sibiu summit on May 9, EU leaders are expected to mark the culmination of this process with a renewed commitment to an EU that delivers on the issues that really matter to people. Mr Juncker’s agenda also appears to suggest that Brussels is keen to ensure that Brexit does not dominate the meeting.

“Over the course of its mandate the Juncker Commission has sought to communicate in both a more political and more strategic way. The lessons gleaned from this experience point to it being time to move past the tendency to nationalise success and Europeanise failure and instead better explain jointly our common decisions and policies,” the commission said in a statement.

The summit will be hosted by Romania’s president, Klaus Iohannis, a native of Sibiu. A committed European, his stance on a number of issues has placed him in opposition to the increasingly eurosceptic Romanian government.