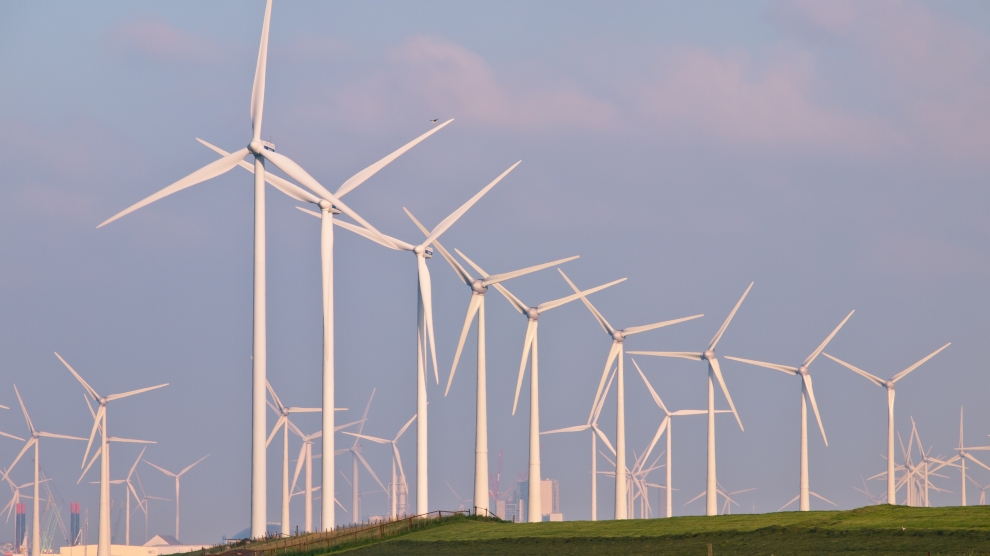 Renewable power is increasingly cheaper than any new electricity capacity based on fossil fuels, claims a new report by the International Renewable Energy Agency (IRENA). The report, Renewable Power Generation Costs 2019, shows that more than half of the renewable capacity added last year achieved lower power costs than the cheapest new coal plants.

Replacing the costliest 500 GW of coal with solar PV and onshore wind would cut power system costs by up to 23 billion US dollars every year and reduce annual emissions by around 1.8 gigatons (Gt) of carbon dioxide (CO2), equivalent to five per cent of total global CO2 emissions in 2019. It would also yield an investment stimulus of 940 billion US dollars, which is equal to around one per cent of global GDP.

“We have reached an important turning point in the energy transition,” says Francesco La Camera, Director-General of IRENA. “The case for new and much of the existing coal power generation, is both environmentally and economically unjustifiable. Renewable energy is increasingly the cheapest source of new electricity, offering tremendous potential to stimulate the global economy and get people back to work. Renewable investments are stable, cost-effective and attractive offering consistent and predictable returns while delivering benefits to the wider economy.”

“A global recovery strategy must be a green strategy,” La Camera adds. “Renewables offer a way to align short-term policy action with medium- and long-term energy and climate goals. Renewables must be the backbone of national efforts to restart economies in the wake of the Covid-19 outbreak. With the right policies in place, falling renewable power costs, can shift markets and contribute greatly towards a green recovery.”

Renewable electricity costs have fallen sharply over the past decade, driven by improving technologies, economies of scale, increasingly competitive supply chains and growing developer experience. Since 2010, utility-scale solar PV power has shown the sharpest cost decline at 82 per cent, followed by concentrating solar power (CSP) at 47 per cent, onshore wind at 39 per cent and offshore wind at 29 per cent.

Costs for solar and wind power technologies also continued to fall year-on-year. Electricity costs from utility-scale solar PV fell 13 per cent in 2019, reaching a global average of 6.8 US cents per kilowatt-hour (kWh). Onshore and offshore wind both declined about nine per cent, reaching 5.3 US cents/kWh and 1.15 US cents/kWh, respectively.

The findings of the report will be welcomed by emerging Europe’s heaviest polluters, notably Poland, which are increasingly convinced that coal has no future.

Last month, two state-run Polish utility companies, Enea and Energa, said that they were ending their involvement in the construction of a new coal-fired power plant at Ostrołęka after energy giant PKN Orlen – Energa’s main shareholder – stated that it no longer wanted to be part of the project in its current form. PKN Orlen had come to believe that the project would only be feasible if pursued as a gas plant.

This however, should not be an option, according to environmentalists.

“The closure of every coal project is a win for our health and climate, but Energa and Orlen switching Ostrołęka to fossil gas instead of making a real transition to renewable energy is a regrettable mistake that it will have to face sooner rather than later,” says Diana Maciąga, campaign leader for Polish NGO Workshop for All Beings.

“The reality that fossil fuels have no future in Europe is one that needs to sink in with Polish energy companies,” adds Zala Primc, a campaigner at Europe Beyond Coal. “Swapping one fossil fuel for another is not the answer.”

Earlier this year, ContourGlobal, a power generator, announced that it had abandoned its plans to construct a 500 MW coal-fired power plant in Kosovo. It was the third such project in the region to be canceled over the last six months (the other planned plants were in Montenegro and North Macedonia). ContourGlobal accompanied the announcement by saying that it will not develop or acquire any coal power plants in the future.

“This is great news for clean air and a sustainable future for Kosovo,” said Viktor Berishaj, energy policy coordinator for Southeast Europe at Climate Action Network Europe at the time. “We know that wind and solar are edging out coal across Europe, and much of the world. Planned coal plants either get canceled or they get stranded.”

Last month the European Commission revealed its long-awaited proposal to relaunch the European economy hit by the Covid-19 pandemic.

Despite repeated commitments by the European Commission to make the European Green Deal the blueprint of the recovery, the proposal still allows for money to be spent on supporting fossil fuels and is lifting climate spending targets in regional development funding. However, a “do no harm” test embedded in the plan will in principle exclude technologies like nuclear power, which are seen to be undermining other environmental objectives such as pollution prevention and control.

“Europe Beyond Coal doesn’t campaign against nuclear, so we don’t make specific calls on it to be abandoned. That said, many of the groups we work with do so, and for good reason,” Mahi Sideridou, managing director of Europe Beyond Coal tells Emerging Europe. “There is a clear answer to the combined challenge of climate change and pollution, and that is a renewable energy system, based on wind and solar, combined with energy efficiency. Nuclear is a distraction to achieving this, as its energy comes with a hefty environmental and economic cost, and cannot address the gap left by the rapid exit from coal we are witnessing across Europe. Renewables can be built much faster and much cheaper, giving us truly clean energy and jobs.”

Emerging Europe’s exit from coal has long been viewed by some in the region as a back door through which nuclear energy can return to respectability. A number of countries are moving ahead with long-delayed nuclear projects.

In March, Bulgaria handed Russia’s Rosatom a contract to modernise the Kozloduy nuclear power plant, and remains keen to restart construction of a second nuclear power plant at Belene, in the north of the country. The Czech government meanwhile said last month that it will lend energy giant CEZ money for the expansion of its own nuclear power plant in Dukovany.

“A new nuclear power source is necessary to ensure the energy self-sufficiency of Czechia and ensure a stable and affordable source of electricity,” according to Deputy Prime Minister and Minister of Industry, Trade and Transport Karel Havlíček.

The Bulgarian and Czech attitude towards nuclear energy highlights the enormous differences between countries in the region, for others are not so keen.

In the Baltics, Lithuania – which decommissioned its Soviet-era nuclear power plant at Ignalina at the end of 2009 – has in recent months become increasingly concerned by the construction, by Rosatom, of a new nuclear power plant at Astravets in Belarus, close to the Lithuanian border. The first power unit is scheduled for completion later this year, with a second due to be launched in 2021.

While Rosatom insists that the plant is safe, others disagree. The Lithuanian government is convinced that Belarus is not complying with safety and environmental standards, and has held emergency drills to prepare for any emergency, going so far as to purchase four million iodine pills to be distributed to its citizens. The country has even passed legislation banning the purchase of electricity from Astravets.

“Only people who have no clue, or the ones working in the nuclear industry, can say that a nuclear power plant is safe,” Andrei Ozharovsky, a Russian nuclear physicist who was arrested and deported from Belarus for his criticism of the project told The New York Times in March. “There are still many scenarios here under which we can have a disaster that would be even worse than Chernobyl.”

The move comes as little surprise given that Virgil Popescu, Romania’s economy minister, has repeatedly stated in recent months that the new reactors should be built with “European partners or fellow NATO members”.

However, Romania is still keen to expand Cernavodă, which currently has two 706 MW reactors, the first of which went online in 1996, while the second has been operational since 2007. The two reactors utilise Canadian technology from Atomic Energy of Canada (AECL), making use of heavy water produced at Drobeta-Turnu Severin as a neutron moderator and coolant agent. Combined, the two reactors produce around a fifth of Romania’s total electricity output. The cost of building two new reactors is estimated at around eight billion euros.

The boss of Nuclearelectrica, Cosmin Ghiță, has previously said that the company could build the two new reactors itself, but Alin Tanase of Greenpeace Romania disputes this.

“Nuclearelectrica has no financial capabilities other than to complete the refurbishment of Cernavodă’s Unit 1, the cost of which is 1.5 billion euros,” he tells Emerging Europe. “For the construction of a reactor or two reactors, they need an additional investor, and nobody is willing to jump in as renewables are getting cheaper and more efficient. Romania has big renewable potential.”

“Nuclear energy has no place in a safe, clean and sustainable future. Renewable energy is better for the environment, the economy, and doesn’t come with the risk of a nuclear meltdown,” he concludes.