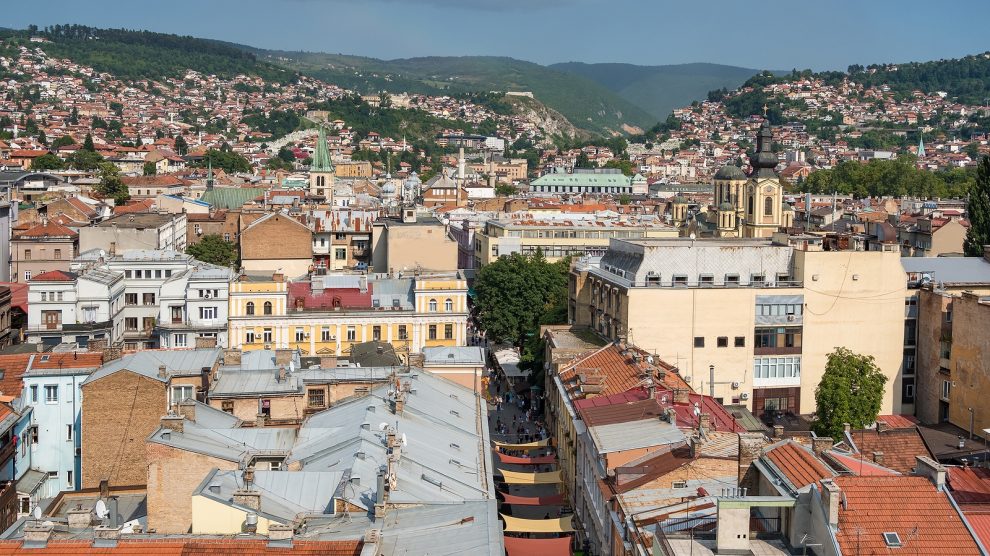 Bosnia and Herzegovina this week became a formal EU candidate, while Kosovo filed an application for EU membership. Neither country will be an EU member anytime soon.

European Union ministers on Tuesday agreed to endorse a recommendation from the bloc’s executive arm, the European Commission, to grant Bosnia and Herzegovina candidate member status, the third country to become a candidate this year.

Russia’s full-scale invasion of Ukraine, which began on February 24, was only four days old days when Kyiv made a formal application to join the EU, a move that was followed within days by Moldova and Georgia, two other countries which both have territory occupied by Russia.

In June, Ukraine and Moldova were granted candidate status, while Georgia was provided with a list of political reforms it needs to carry out in order to receive the status of candidate.

Granting applicant status usually takes a minimum of 18 months from the moment that an application is filed; that for Ukraine and Moldova it was done in less than four months suggests special treatment. However, the Commission made it clear in June that the accession process will be based on established criteria and conditions, and that neither Ukraine nor Moldova will be allowed to take any more short cuts.

For Bosnia and Herzegovina, the wait to become an official candidate has been long. The country first applied for EU membership in 2016, but its bid was all but ignored amid the enlargement fatigue that has stalled EU aspirations across the Western Balkans.

Should the European Council, as expected, nod through the recommendation later this week, it will be a victory both for Bosnia and Herzegovina and Czechia, which currently holds the EU’s rotating six-month presidency. Prague made renewed engagement with the Western Balkans a priority of its presidency.

Bosnia and Herzegovina also received support from German Chancellor Olaf Scholz. Speaking in the German parliament on Wednesday before heading to Brussels, Scholz underlined that EU enlargement into the Western Balkans remains a priority for his government.

“It is good that Bosnia [and] Herzegovina this week has become an EU accession candidate as well,” he said.“ It is very much in Germany’s interest, as well as in Europe’s interest, that the Western Balkans become part of the European Union.”

With Kosovo expected to submit a formal application for EU membership in the coming days, casual observers might be forgiven for believing that Brussels is finally starting to make things happen for the Western Balkans hopefuls.

And yet beyond the encouraging words and signals, the region looks as far away from EU membership (something for which some countries in the region have been waiting almost 20 years) than ever.

Last week’s EU-Western Balkans summit in Tirana, Albania – the first to be held in the region – was light on content and empty on any kind of agreement on a way forward. The Tirana Declaration issued at the summit’s close “reconfirmed” the EU’s “full and unequivocal commitment to the European Union membership perspective of the Western Balkans” and called for the “acceleration” of the accession process.

Without EU-wide consensus however, there is little likelihood of any kind of acceleration taking place. Vienna’s veto last week of Bulgaria’s and Romania’s bids to become members of the Schengen, border-free travel zone is evidence that in some EU capitals any form of enlargement – even of the Schengen zone for countries which are already EU members – is off the table.

In the short term, the EU’s biggest priority in the Western Balkans will be de-escalating tensions between Serbia and Kosovo. Before either country can become an EU member, they will need to reach an agreement to normalise relations.

The prospect of such a deal is currently minimal, owing to an ongoing dispute over vehicle license plates; Serbs in the region refuse to switch to Prishtina-issued plates, despite the threat of heavy fines and seeing their cars banned from Kosovo’s roads.

In recent days, Serbs in northern Kosovo have again blocked roads in protest, having previously done so in September. Police from an EU mission to the country have been placed on patrol in the troubled region, while earlier this week the EU’s envoy for Prishtina-Belgrade dialogue Miroslav Lajčák visited Kosovo to meet with Prime Minister Albin Kurti.

“We can’t just wait for something bad to happen,” said Lajčák, who has been working hard, unsuccessfully, to bring about a definitive settlement to the Kosovo-Serbia dispute for some time.

Kosovo’s imminent EU application is likely to anger Serbia further. Belgrade will almost certainly appeal to the five EU states which do not recognise Kosovo’s 2008 declaration of independence (Cyprus, Greece, Romania, Slovakia, Spain) to kill its application at birth.