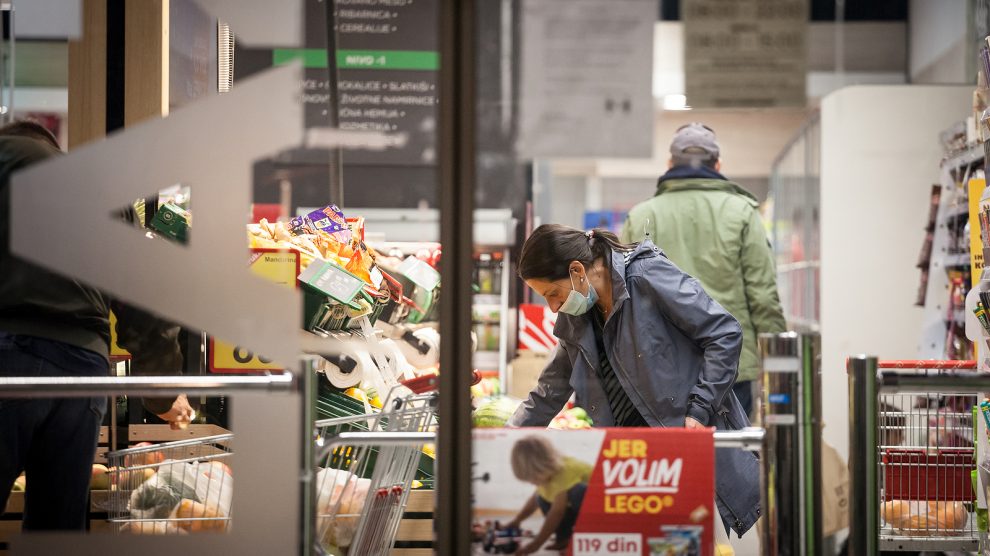 EU enlargement in the Western Balkans is currently blocked by politics. But what about the economic criteria that are also a key part of the accession process?

Discussions over the enlargement of the European Union usually focus on two elements: democratic values and the rule of law. Economics rarely get a look in, but a functioning market economy and the capacity to cope with competition and market forces in the EU remain a key part of the accession criteria.

Both reports highlight the impact of Covid-19. According to the European Commission, while all six economies in the Western Balkans were hit, the depth of the downturn varied widely, ranging from a relatively mild one per cent fall in GDP in Serbia to a very sharp output loss of 15.2 per cent in Montenegro, with Bosnia and Herzegovina (4.6 per cent), Albania (3.8 per cent), North Macedonia (4.5 per cent) and Kosovo (4.1 per cent) recording intermediate levels of contraction in 2020.

The sectoral structure of the economies, in particular the share of tourism, played a central role in the severity of the economic fallout, especially in Montenegro.

Strong agricultural seasons meanwhile had a mitigating impact, in particular in Serbia and Albania. Differences in the policy response to the crisis, partly due to varying degrees of available policy space, also had an impact on economic outcomes.

The good news is that the region is rebounding faster than expected from the Covid-19-induced recession.

However, the European Commission is adamant that to foster a sustainable recovery in the medium-term, the implementation of structural reforms needs to accelerate further. This is essential to meet the two economic criteria for EU membership: to ensure functioning market economies and demonstrate the capacity to cope with the competitive pressure and market forces within the EU.

A key problem remains labour markets, which continue to be characterised by overall low activity and employment as well as high informality and unemployment. Activity rates decreased in all countries in 2020 as people tended to withdraw from the labour force during the Covid-19 crisis. The low rate of integration of women and young people into the labour market remains a serious challenge.

The World Bank says that youth unemployment in the Western Balkans has risen to 37.7 per cent in 2021, up 5.4 percentage points from June 2020, further worsening youth employment prospects.

“As the Western Balkans countries look to a post-pandemic future, their policy approach will need to focus on addressing key impediments to job creation and economic transformation, including green transition,” says Linda Van Gelder, World Bank country director for the region.

“All six countries would benefit from reforms in the business environment, governance, and digitalisation, which would contribute to growth and close the gap with EU countries.”

Global strides toward climate action are causing fundamental changes in society. Consumer and investor preferences are shifting, green technologies and new business models are disrupting more markets, and green policies are reshaping economic landscapes. As such, greening a country’s economy is becoming a decisive factor in international competitiveness and the ability to attract international finance and investments.

The Western Balkans are no exception. Still characterised by a development model tilted toward familiar brown industries, moving toward a green growth pathway is far from easy, especially in the short term. Yet, the green transition offers significant opportunities for the Western Balkans – including closer integration into Euro-centric global value chains and access to significant EU resources to help fund a green transition.

Digitalisation also has a role to play. The European Commission says that “digitalising the industrial sector and developing digital skills of all segments of society are crucial for boosting employability and advancing the digital economy.”

The European Commissioner for Neighbourhood and Enlargement, Olivér Várhelyi, has called enlargement “a geostrategic investment in peace, stability, security and economic growth on our European continent.”

And yet while Commission President Ursula von der Leyen’s visit to the region in October ahead of the EU-Western Balkans Summit sent an important signal that the Western Balkan’s future lies within the European Union, only Montenegro and Serbia have so far been allowed to open accession talks.

The Commission itself admits that delays in the official launch of accession negotiations with Albania and North Macedonia are having “a negative impact on the credibility of the EU”. The delays, it should be added, have very little to do with economics.

But the delays should not prevent the region’s economy from doing all it can to converge with the EU: doing so would almost certainly strengthen its case.

At the Sofia EU-Western Balkans Summit of November 2020, regional leaders agreed to establish a Common Regional Market, based on EU rules and standards, structured around the four freedoms (free movement of goods, services, capital and people) and covering aspects of digital, investment, innovation and industry policy.

Nevertheless, while since the adoption of the Common Regional Market the six Western Balkans countries have achieved good progress in negotiating several regional agreements to facilitate the movement of persons, professionals and services across the region, these agreements could not be adopted due to political divergences “unrelated to their substance”, as the Commission puts it.

In its conclusion the Commission is unusually blunt: “These obstacles need to be overcome as a matter of priority. Instead of unilateral measures, inclusive regional cooperation remains a political and economic necessity for the Western Balkans.”