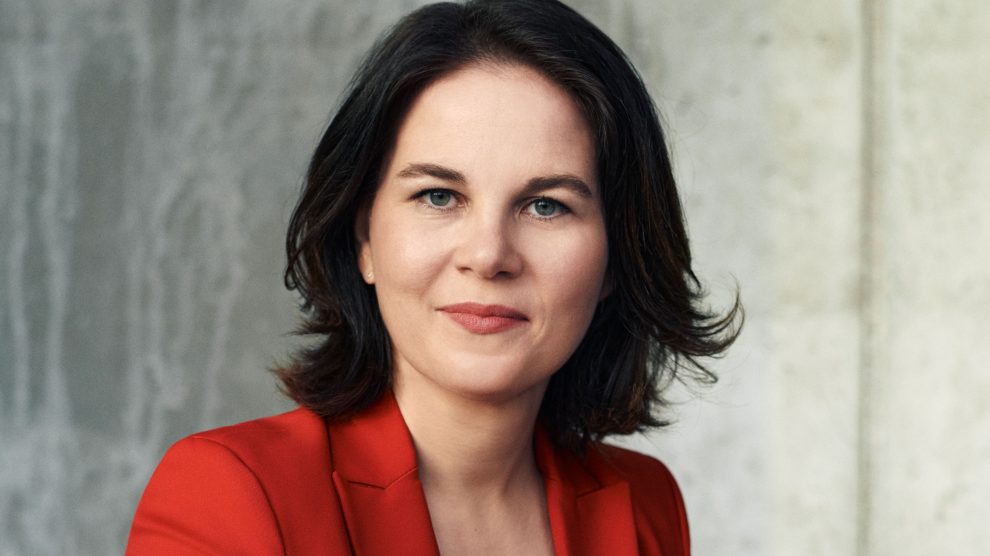 Germany has a new government, and its ambitious plans the deeper integration of the European Union are likely to cause sleepless nights for autocrats eroding democracy and the rule of law in Central and Eastern Europe.

On December 6, Germany’s Green party reached an agreement to form a new government with the centre-left Social Democrats (SPD) and the liberal Free Democrats (FDP).

The SPD’s Olaf Scholz will be sworn in as the country’s new chancellor later this week, with Annalena Baerbock of the Greens set to be foreign minister.

The coalition deal between the three parties, Koalitionsvertrag, explicitly calls for “a sovereign EU as a stronger actor in a world shaped by uncertainty and competing political systems”.

Klaus Detterbeck of the Institute of Political Science at the University of Göttingen interprets this as a push to promote further European integration.

“I would expect some new initiatives, for example with regard to climate policies and EU institutions, to demonstrate this new sense of activity,” Detterbeck tells Emerging Europe.

Similarly, Sören Keil, academic head of the International Research and Consulting Center at the University of Fribourg’s Institute of Federalism, tells Emerging Europe that, “with a Green foreign minister, there will be a new focus on Europe in Germany’s foreign policy.”

“Angela Merkel was seen by many as a crisis manager, and her foreign minister, Heiko Maas, remained weak behind the dominance of the chancellor. It remains to be seen how much they will push for reform in Europe, and how they will work together,” Keil adds, who suggests that while Scholz is unlikely to push for grand changes in Germany’s European policy, “Baerbock is more pro-European and pro-reform”.

If the new foreign minister is indeed as serious as she claims about federalism in Europe, the bloc is likely to become increasingly incentivised to take punitive action against rule breakers.

“For the countries of Central and Eastern Europe, this may result in a stricter position towards rule of law issues,” Detterbeck says.

The prospect of a new German government that is more active and more engaged in European affairs already appears to have frightened one of CEE’s most infamous political rebels, Viktor Orbán.

In a short essay, published on Monday, Orbán not only attacked the departing Chancellor Merkel for her approach towards refugees arriving in the EU, but also the new coalition, which he criticises for having a “pro-immigration, pro-gender, federalist, pro-German Europe agenda”.

Even if the there remain some disagreements between Scholz and Baerbock on the extent to which Germany should play a role in fostering further EU integration, there seems to be a consensus on the approach that should be taken when violations of EU values are evident.

Leaders of several European nationalist parties last weekend vowed to align their votes on sovereignty and immigration issues in the European Parliament but fell short of creating a formal alliance at a conference in Warsaw.

Orbán, French far-right leader Marine Le Pen and the host, Jarosław Kaczyński, head of Poland’s ruling right-wing populist Law and Justice (PiS) party were among the leaders at the talks.

In a joint statement, they rejected the notion of “a Europe governed by a self-appointed elite” and said that “only the sovereign institutions of the states have full democratic legitimacy”.

Last week, the European Union’s highest court advised that a mechanism linking financial disbursements to respect for the rule of law is compatible with EU legislation and that Hungary and Poland’s objections to the mechanism should be dismissed.

The European Court of Justice’s (ECJ) Advocate General Manuel Campos Sánchez-Bordona said the mechanism “was adopted on an appropriate legal basis” and that it does not overstep the competencies of the EU and its central institutions as laid out in the bloc’s treaties.

While Sánchez-Bordona’s opinion is not binding, the Luxembourg-based ECJ usually follows it when making its final ruling, which is expected early next year.

“Interestingly, both Scholz and Baerbock have argued for tougher sanctions on countries like Poland and Hungary. They will support the European Commission’s ambition to fine these states and to withhold EU funds,” says Keil.

As such, with Germany now fully on board, it will not be surprising to see the EU’s institutions taking further action against governments that have been proven to be problematic.

“It will also be interesting to see how Baerbock will position herself in relation to French President Emmanuel Macron – if they find a good working relationship (which Macron and Merkel lacked), then we could see real movement in the EU, not only in terms of dealing with rule breakers but also with a revival of discussions about internal reform and a potential new EU treaty,” says Keil.