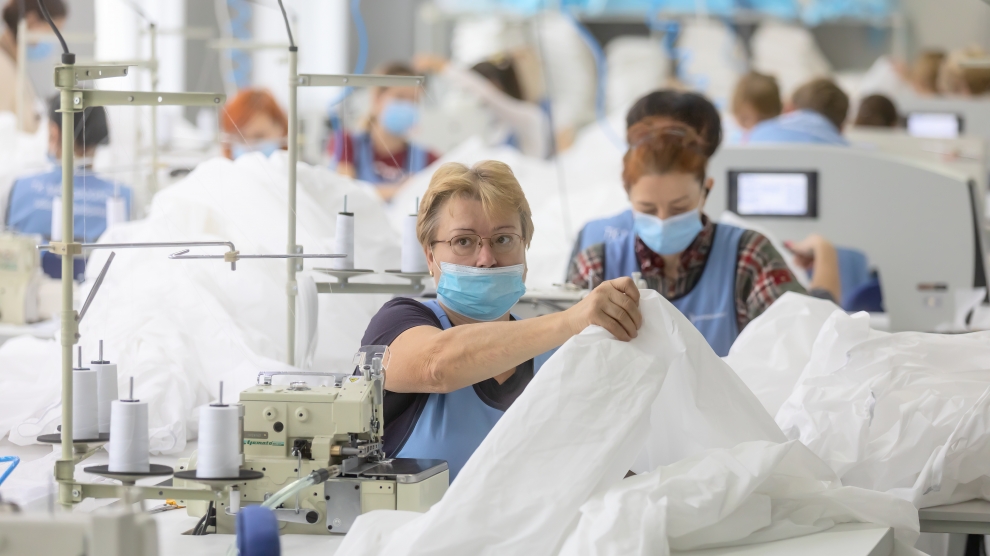 As the Covid-19 pandemic and economic crisis continues to spread, the amount of money migrant workers send home is projected to decline 14 per cent globally by 2021 when compared to pre-Covid-19 levels in 2019, according to the latest estimates published in the World Bank’s latest migration and development report, prepared in partnership with the Global Knowledge Partnership on Migration and Development (KNOMAD).

Parts of Europe – particularly the east of the continent – and Central Asia are likely to see the steepest drops, which could have a devastating social impact on a number of the region’s economies.

“The impact of Covid-19 is pervasive when viewed through a migration lens as it affects migrants and their families who rely on remittances,” says Mamta Murthi, vice president for human development at the World Bank.

As a whole, inward remittances to Europe and Central Asia are estimated to fall by 16 per cent as the pandemic and the plunge in oil prices are likely to have wide‐ranging impacts on economies across the region. This sharp drop is likely to have negative effects on personal consumption and the labour market in ECA economies, as well as pressure on the foreign exchange market.

Already, Ukraine, the region’s largest recipient of remittances, has seen a 13 per cent drop so far in 2020, to 14 billion US dollars.

In Central Asia, the most at-risk economies are Tajikistan and Kyrgyzstan, where remittances – primarily from Russia – account for more than a quarter of GDP. However, remittances from Russia to Central Asia dropped by 23 per cent in the second quarter of 2020 compared to 2019, a decline similar to that seen during the 2008 financial crisis.

The fall in the income of Central Asian workers in Russia appears directly linked to the lockdown measures to curb the spread of Covid‐19 since labour activity among migrants tends to pick up in the second quarter, due to seasonal factors. The sharp depreciation of the Russian rouble, slumping 22 per cent against the US dollar this year, is also likely to further weaken outward remittances from Russia.

“Migrants are suffering greater health risks and unemployment during this crisis,” says Dilip Ratha, head of KNOMAD and lead author of the report. “The underlying fundamentals driving remittances are weak and this is not the time to take our eyes off the downside risks to the remittance lifelines.”

The Ukrainian government claimed in April that two million Ukrainians working abroad had returned to the country due to the pandemic, a figure that may include returning students. The government has temporarily prevented migrant workers from leaving the country during the lockdown period. However, limited job prospects at home and lack of financial assistance for returnees have prompted them to seek employment opportunities across EU countries despite this official position.

Tajikistan also reported that the number of returning migrant workers rose sharply in February and March from Kazakhstan and Russia, which account for more than 90 per cent of its migrants abroad. Many migrant workers from Central Asia were left stranded in Russia in the wake of the pandemic, with three quarters of foreign workers losing their jobs or going on unpaid leave during the Covid‐19 lockdowns in April and May, according to a survey by the Russian Presidential Academy of National Economy and Pubic Administration.

Since borders closed, migrants have faced irregular and ad‐hoc repatriation measures. The Tajikistan government for example began repatriation flights in June, but temporarily suspended the waiting list in July due to a larger‐than‐expected number of applicants. Migrant workers from other Central Asian countries have also faced difficulties.

“Beyond humanitarian considerations, there is a strong case to support migrants who work with host communities on the frontline in hospitals, labs, farms, and factories,” says Michal Rutkowski, global director of the social protection and jobs global practice at the World Bank.

“Supportive policy responses by host countries should include migrants, while origin or transit countries should consider measures to support migrants returning home. Origin countries must also find ways of supporting returning migrants in resettling, finding jobs or opening businesses. The surge in return migration is likely to prove burdensome for the communities to which migrants return as they must provide quarantine facilities in the immediate term and support housing, jobs, and reintegration efforts in the medium term.”

Why Estonia excels at digital learning: Elsewhere in emerging Europe
EU minimum wage proposal should make sure workers in the east ‘get their fair share’
Comment