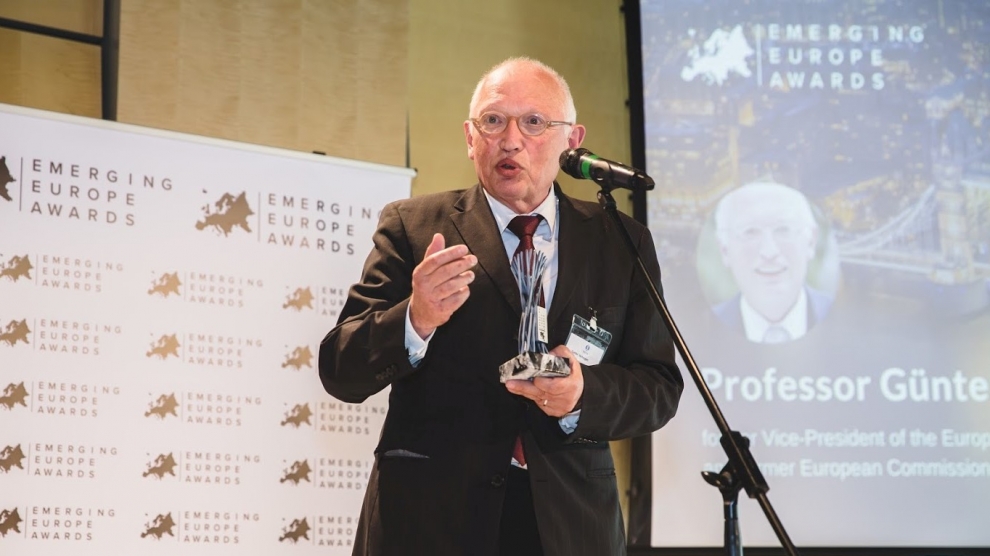 “The European Union is not Europe,” he tells Emerging Europe. “Any European nation that wants to be part of the process of European integration has the right to do so. That right cannot be denied.” He believes that there is no reason why, for instance, Ireland, Germany or Portugal can be part of an integrated Europe, but Ukraine, Georgia or Serbia cannot.

He points to the success of the three enlargements which took place between 2004 and 2013, when 11 emerging Europe countries joined the EU.

“Generally, our expectations came true,” he says. “The main political objective was to make democracy, the rule of law, the protection of minorities and the transition to a market economy irreversible. There may be two or three countries giving certain people cause for doubt, but I do not personally have these doubts, especially in the case of Poland. If there is one nation in Europe that can and will care for its freedom and democracy and will fight for it, it’s the Polish people,” he says.

Professor Verheugen says that the 11 countries which joined the EU between 2004 and 2013 provide an excellent template for those parts of Europe which are still waiting to be integrated. However, he is realistic about the chances of further expansion anytime soon.

“I have to say that the present policy of the European Union is driven by fear and not by ambition,” he says. “Fear, in the sense that the leaders in the member states do not have the courage to tell the population that we need more Europe and not less, that we need a stronger Europe and not a weaker Europe. The populist movements we see everywhere in Europe are not only influential if they are in government, which is the case with some countries, but they are also influential in the other countries, because they are able to set the agenda. I see that in my own country, in Germany, very clearly. So for the time being, I would say that the leaders of the European Union, both in the institutions of Brussels and national leaders, need more vision, courage and more commitment to the European cause. They should never forget that the European Union is not Europe. They are two different things!”

On June 22, 2018, Professor Verheugen received the Emerging Europe Lifetime Achievement Award at a ceremony held at the headquarters of the European Bank for Reconstruction and Development in London. “This award is for my achievements so far,” he said, during his acceptance speech.

From 2019, laureates will be given the Günter Verheugen Award for their contribution to the social, economic and democratic development of the region.